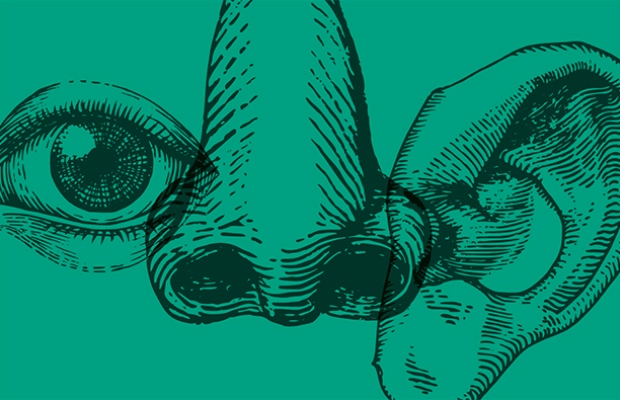 Updates to Mexico’s IP law have opened the door for rights holders to protect new kinds of trademarks, but real-world applications are challenging, as Christian Thomae of Dumont explains.

The Mexican Law of Industrial Property (LIP) underwent several and substantial amendments last year regarding trademarks and related topics, which came into force on August 10, 2018.

Within these are the introduction of a mandatory declaration of use system; changes in criteria and rules regarding classification of goods and services; the acceptance of letters of consent applicable to similar, yet not identical trademarks; the possibility of invoking acquired distinctiveness; and, what will be the highlight of this document, the recognition of non-traditional trademarks and trade dress.

Non-traditional trademarks have been recognised and accepted by other jurisdictions for some time, and Mexico has now joined the club. Led by the Mexican Institute of Industrial Property (IMPI), along with local chambers of commerce and industry and members of the IP community from various associations of lawyers, both national and international, this was an important effort to update our trademark system.

These efforts and discussions resulted in the definition of the term “trademark” as “any sign perceptible by the senses and capable of being represented in such a way that it allows to determine the clear and precise object to be protected”, giving way to the possibility of protection of non-traditional trademarks, namely: scent, sound, and holographic marks, as well as trade dress, but also certification marks, as those expressly mentioned in the text of the amended law.

Given the definition now contained in the law, there is some discussion as to whether this could include colour, taste, touch, and motion trademarks—and others—although these are not expressly mentioned in article 89 of the amended law nor as an option to tick on the application form published by the IMPI, nor were they specifically discussed during the preparation of the bill.

The definition, however, would seem to be broad enough to consider these in addition to those expressly mentioned in the application form. The means of describing or presenting them in applications has given way to attempts to protect motion and other non-traditional trademarks, that are yet to be decided upon by the IMPI.

"Sound trademark applications must be accompanied by musical staves, phonograms or onomatopoeia to represent the trademark."

As with every new system, trial and error is involved, not only for applicants but also for practitioners and even the IMPI, to clearly define what is protectable and how.

Despite recognition of the non-traditional trademarks, the rules are not perfectly clear in some cases. For example, sound trademark applications must be accompanied by musical staves, phonograms or onomatopoeia to represent the trademark and by submitting an actual playable digital file. It is also a requirement to provide a written description of the sound being protected indicating the instruments used, the notes, and any characteristic of the sound.

This seems quite clear compared to the case of scent trademarks, for which it is necessary to provide a written description of the scent that transmits the exact and necessary information for a person to be able to adequately identify the trademark and keep it clear from confusion with other scents. This can be highly complex, especially when it is not possible to submit an actual specimen or even the chemical formula of the scent for which protection is sought.

In the specific case of scent trademarks, we see a high potential for confusion and the possibility of blocking competitors out of the market, derived from the fact that protection will be granted or rejected based on the written description of the scent intended to be protected.

There is the possibility of submitting a specimen of the scent trademark, but this poses the challenge for the applicant to submit a specimen that will not decay with time, changing the scent, which in most cases is highly complex or impossible for the applicant and also the IMPI, in terms of providing the adequate space and conditions to preserve the specimens.

Holographic trademarks, on the other hand, are quite clear and simple in terms of submission of specimens, a written description and preservation by the IMPI, as these are usually contained in a printed label containing the hologram intended to be protected.

On the subject of trade dress, which is a complex figure per se, it is extremely important that the IMPI states clear rules and criteria regarding what is protectable through trade dress and what should be protected through traditional trademark protection, such as device marks, combined marks and three-dimensional trademarks.

It is relevant to keep in mind that trade dress has been defined in the law as “the plurality of operational elements: image elements including, within others, the size, design, colour, arrangement of the shape, label, packaging, the decoration or any other which, when combined, distinguish goods or services in the market”. This is not absolutely clear and could lead to an abuse of the system if not correctly applied and implemented by the IMPI in terms of determining what is, and what is not, protectable under this figure.

There is no doubt that the recognition of non-traditional trademarks represents a great development for the Mexican IP system and an advantage to rights owners who will be able to achieve a greater degree of protection in our country. The IMPI has issued a significant challenge in ensuring the correct implementation and establishing clear rules and criteria—the latter aided by the courts when deciding enforcement and prosecution appeals.

Christian Thomae is an attorney at law specialising in IP since 1998, with a focus on trademarks but also in patents, copyright and other fields of IP and associated litigation. He is senior associate and head of trademarks at Dumont. He can be contacted at: cthomae@dumont.com.mx