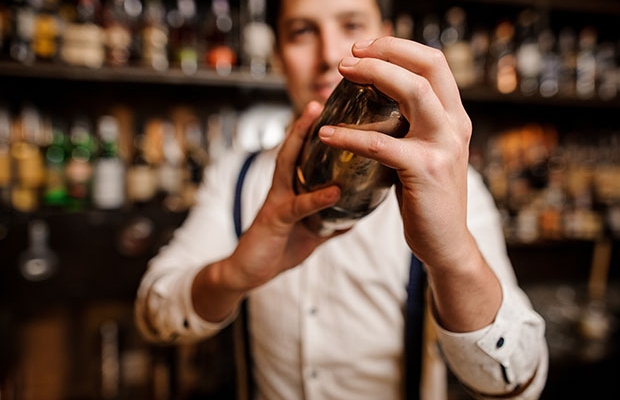 Challenging a EUIPO decision resulted in a victory for Bacardi and a shift in what constitutes ‘distinctiveness’, says Elena Galletti of Brandstock.

The task of protecting a 157-year-old iconic brand, and its unique bottle, falls directly within the scope of Brandstock’s abilities. Brandstock successfully overturned the initial decision by the EU Intellectual Property Office (EUIPO) to refuse to register the Bacardi bottle as a EU trademark.

Bacardi’s branding, values, and commitment to quality have remained remarkably consistent since its launch in Cuba, in 1862. The brand has evolved, expanded, and adapted, but the core elements of its iconic flagship product remain easily identifiable. It goes back to a culture of protecting its heritage and legacy—started by Don Facundo, who had the vision to revolutionise the spirits industry.

Since the early days of Bacardi rum, consumers have known to look for the red bat seal, the clean labelling and the filigree-embellished coat of arms—features that evoke the colonial Caribbean roots which define its character.

Over the years, it has evolved its image to match the promise of its offerings: light, refreshing, and accessible in a way that sets it apart from other rums. This has included clean lettering on crisp labels and the use of more delicate shades of glass to soften the harsh connotations historically associated with rum.

"Bacardi’s and Brandstock’s IP lawyers believed that a more nuanced understanding of distinction and brand identity was missing from the examiner’s decision."

In 2017, Bacardi sought to register the combination of elements conforming its bottle as a figurative mark in the EU. Doing so would have expanded the protection of its image, preventing the rise of off-brand ‘lookalikes’ and imitators, while providing the flexibility to update and adapt the specific bottle design as desired to support the evolution of the brand. The elements involved its characteristic, shape, red seal, white labelling and a black coat of arms, which have appeared on nearly all Bacardi rum bottles since 1862.

Yet, the EUIPO examiner refused to register it due to an alleged lack of distinctiveness. The analysis of the trademark, based solely on its different elements individually, such as the colour and shape of the bottle, its wax seal or coat of arms, found that it did not depart from the general appearance of similar products already existing in the market, so it was not distinctive enough to identify a certain commercial origin. Bacardi’s internal IP legal team disagreed, and so did we.

What resulted was a case in which Brandstock challenged the prevailing way of thinking about trademark and IP protections.

Examining the refusal: the problem on the surface

The EU has notoriously strict guidelines for trademark applications. Bacardi initially fell foul of an overly-narrow interpretation of the EU Trade Mark Regulations (EUTMR) and worked with Brandstock to overturn the registration rejection. Brandstock has for many years served the Bacardi company as its IP lawyer and consultant and was determined to defend this recognisable, known element of the company’s iconic branding.

The EUIPO examiner had rejected the application on the grounds of a lack of distinctiveness in two ways: on account of the elements themselves, and its common characteristics with other products in the market.

In both cases, the EUIPO examiner argued that the representation that Bacardi had made of the bottle was not sufficient to attain the level of distinctiveness of character required under European IP law. The examiner noted that red seals, white labels and green glass are all commonplace decorative characteristics among spirits bottles.

As such, the examiner felt that even when combined, the features were deemed not sufficient to distinguish a bottle of Bacardi rum from others on the shelf. They would not depart from industry standards enough to warrant them unique and therefore acquire trademark protections. Case closed.

The deeper issue of distinction

Bacardi, which is the largest privately held spirits company in the world, has very good brands and a quality portfolio of trademarks, and its IP legal department is very engaged in protecting the company’s IP rights.

Bacardi therefore asked Brandstock to challenge the decision by the EUIPO. It was clear that neither the lack of text nor the common nature of the elements was truly the problem as the EUIPO implied. This was evidently based on the fact that the office had permitted the registration of other 3D signs and figurative representations of bottles, including Bacardi bottles, which lacked textual identification, and which had been found sufficient in other applications.

As a result, Bacardi believed that the examiner had incorrectly assessed the distinctive character of all the elements of the mark considered as a whole and disregarded the equal treatment and sound administration principles that guide EUTMR.

Bacardi’s and Brandstock’s IP lawyers believed that a more nuanced understanding of distinction and brand identity was missing from the examiner’s decision. It could be true that the individual features were, in fact, non-distinctive on their own—but  the same applies to most individual components of many brands.

Therefore, although the examiner failed to recognise any distinctiveness in the application, they were confident and could effectively argue that the sign held all the quintessential elements of the Bacardi brand identity which could be easily identified by consumers.

In short, like Bacardi, we believed that these were elements which consumers could, and would, recognise on a shelf full of other liquor brands. After all, Bacardi had spent 157 years assuring that its Bacardi rum bottle was uniquely associated with the Bacardi company and rum product.

In order to overturn the appeal, Brandstock supported Bacardi with encouraging the Board of Appeals to shift its stance to adopt a broader perspective on the trademarked protection of packaging design.

The appeal against the EUIPO’s initial decision emphasised branding. In particular, it was noted that the nature of the liquor industry lends itself to subtle differences between products. The industry’s discerning customers are more likely to pay attention to smaller details which differentiate brands.

Therefore, it was not necessary to create wildly unique product appearances. Likewise, it was not desirable in Bacardi’s case to do so because it already had a branded identity that consumers recognised.

Likewise, although the individual elements of the sign themselves were not unique, the combination of these elements created a recognisable brand. Brandstock argued that the elements of the Bacardi bottle registration had a synergistic effect which made the sign more than the sum of its parts.

As such, the Fourth Board of Appeals considered the refusal in the context of this argument. It accepted Brandstock’s argument that the elements alone could not be taken into consideration without the wider context of the mark they form part of, and the brand they help to create. It acknowledged that the closer a trademark was to the actual product shape, the more likely it would be necessarily “devoid of any distinctiveness character” as defined under article 7(1)(b) EUTMR. As such, it did not make sense to apply this requirement to each individual element.

A critical turning point came with the further recognition that Bacardi had sought to register specific graphical elements: the seal, coat of arms and label combined. It had not sought registration for other elements such as the aspects of the physical bottle itself.

This left the application of the sign much more flexible. Indeed, the creation of an entire line of products using this mark would create a distinct and unified brand identity readily recognisable to consumers and prevent the rise of lookalikes and imitation brands looking to co-opt their unique identity. As such, the Board of Appeals also found that the mark comprised graphic elements as well as a colour scheme, and thus these could not be considered purely decorative.

Brandstock set out to prove that the elements of the sign which Bacardi wished to register did indeed constitute a distinct trademark. The Board of Appeals reversed the examiner’s findings. A degree of distinctiveness existed that could satisfy the application requirements.

Brandstock helped shift the understanding of how trademark law can be interpreted outside the traditional applications—an important lesson for companies wishing to pursue IP protections. The core of the argument presented to the Board of Appeals redefined how the distinctive character of marks consisting of the shape of products and their decorative elements must be assessed in the EU, opening the door for a new understanding of marks with a graphic appearance.

Elena Galletti is VP marketing at Brandstock Group. After years of experience as general counsel in a fashion company, she moved to Brandstock to combine her legal background with her ability to communicate and manage creative activities. She is specialised in digital campaigns and brand identity. She can be contacted at: egalletti@brandstock.com