Keeping an Eye on India 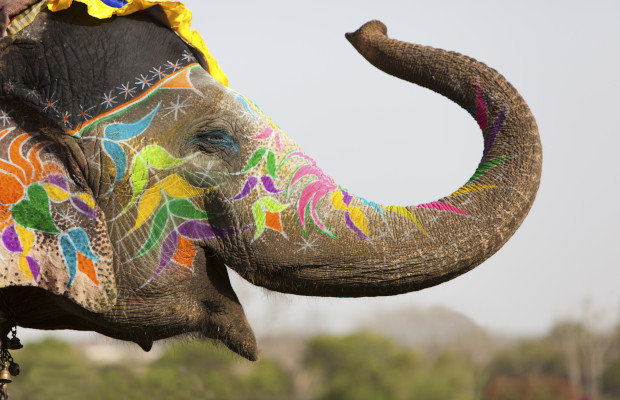 Legislative changes concerning well-known trademarks and expedited examination, plus a case on parallel imports, are some of the important talking points in India, as Hemant Singh, a member of INTA’s Board of Directors, tells Ed Conlon.

There have been several significant changes since India’s trademark system was overhauled, says Hemant Singh, Managing Partner at Inttl Advocare (India), who serves on INTA’s Board of Directors. In March last year, the Trade Marks Rules 2017 came into effect, replacing the previous version from 2002 and modernizing a range of trademark processes.

The first change was simple but effective—a huge reduction in the number of forms, from a total of 74 forms to just eight covering all major processes, including application, opposition, and renewal. The objective is to increase efficiency at the Trade Marks Registry, says Mr. Singh.

In addition, the new rules mandate online notification at every stage of the application process. Earlier applicants had to wait to receive office objections or oppositions to their marks through the postal service—a route that “could take years,” says Mr. Singh. Now, they can proactively monitor the whole process online. Applicants can download and respond to office objections and oppositions in a timely manner, and the online system has helped to fast-track most standard procedures, he explains.

The next noteworthy change is that applicants filing marks based on use must produce evidence of use, rather than merely claiming it. Mr. Singh admits this is causing “a bit of hardship and undue delay,” but it is a positive step forward because previously some applicants would simply make a false use claim “and get away with it.” Now, applicants are held accountable for the claims they make.

A “very important development” concerns recordal of well-known trademarks, Mr. Singh continues. There is now a formal procedure for applying for and recordal of such status which, if granted, requires the Trade Marks Registry to object to any applications that are identical or similar to the well-known mark across all classes of goods and services. Well-known trademark owners can also assert their marks in infringement proceedings even when the goods and services are completely different. Well-known trademarks are “extremely useful and highly recommended recordals,” he says.

“THE MESSAGE IS THAT BRAND OWNERS MUST BE PROMPT TO REGISTER AND USE THEIR TRADEMARKS EITHER BY THEMSELVES OR THROUGH LICENSEES TO SECURE BRAND PROTECTION IN INDIA AND AVOID BAD-FAITH REGISTRATION BY THIRD PARTIES.”

Before the new rules, the Trade Marks Registry or a court could issue well-known status only in proceedings for opposition, rectification, and infringement. Therefore, in the absence of such proceedings, there was no mechanism for establishing well-known status, says Mr. Singh. Now, anyone can request such status, as long as they submit evidence to support their application. The applications are subject to public opposition within 30 days of the Trade Marks Registry opening a comment period, and granted applications are published in India’s Trademark Journal.

Trademark owners should also take note of a significant ruling by the Supreme Court of India when enforcing their marks. In Neon Laboratories v. Medical Technologies 2016 (2) SCC 672, the court ruled that a later-filed trademark trumped an earlier registration for the same mark because the first registrant had not used its mark sufficiently. The later registrant had used its mark—and the earlier party was aware of this—so the later registrant was entitled to the mark.

“The message is that brand owners must be prompt to register and use their trademarks either by themselves or through licensees to secure brand protection in India and avoid bad-faith registration by third parties,” says Mr. Singh.

Mr. Singh is active in his work with INTA; he has been on the Board of Directors since January 2016, and is Chair of the INTA Anticounterfeiting Committee—South Asia Subcommittee, and Co-chair of the India Global Advisory Council.

In 2013, he supported INTA’s efforts to submit an amicus brief to the Supreme Court of India in the case of Samsung Electronics Co. Ltd. v. Kapil Wadhwa & Ors, which concerned parallel imports and trademark exhaustion (see https://www.inta.org/Advocacy/Pages/Amicus.aspx ).

While Mr. Wadhwa has argued that the doctrine of international exhaustion should apply in this case, Samsung contended that he had infringed its trademarks because he was importing and reselling the products from overseas markets without obtaining Samsung’s authorization.

INTA believes that exhaustion should be national and not international. The import and resale in the Indian market by way of parallel import should not be permitted without the express consent of the brand owners, Mr. Singh explains, adding that that there is still no clear timeline for the hearing by the Supreme Court of India.

To learn more about trademark issues in India, head to Session RW01 Regional Update: Courts and Trademarks Office: What’s New in India? on Wednesday, May 23, when panelists will discuss issues including case law and the Trade Marks Rules 2017.