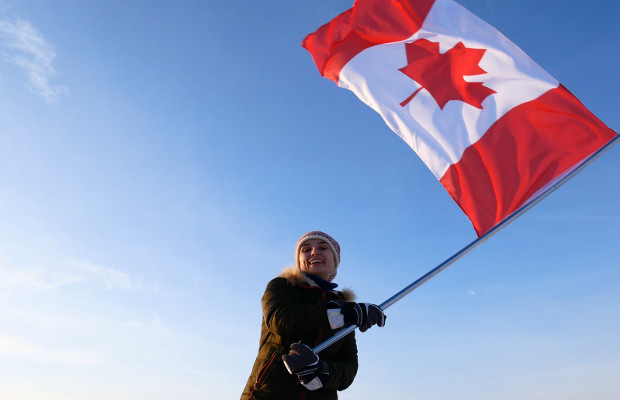 As part of a push to fully modernize Canada’s intellectual property (IP) system, three key IP treaties will enter into force in the country on June 17: the Singapore Treaty on the Law of Trademarks (the Singapore Treaty); the Madrid Protocol; and the Nice Agreement Concerning the International Classification of Goods and Services for the Purposes of the Registration of Marks (the Nice Agreement).

"Making the Canadian trademark system more robust and modern was guided by a commitment to simplify and harmonize."

Canada’s government agreed to accede to these treaties in February 2014, and changes to the country’s Trade-marks Act that are necessary to facilitate that accession received royal assent on June 19, 2014. Additional amendments to the Patent Act, Trade-marks Act, and Industrial Design Act that will further modernize the IP system received royal assent on June 23, 2015 and will also take effect on the 17th.

The goal of these changes is to provide businesses, especially Canadian businesses, with access to the global trademark system and to reduce bureaucracy and administrative burden, says Mesmin Pierre, Director General of the Trademarks Branch at the Canadian Intellectual Property Office (CIPO).

“Making the Canadian trademark system more robust and modern was guided by a commitment to simplify and harmonize and to ensure that the Register of Trademarks accurately reflects the Canadian marketplace,” Mr. Pierre says.

CIPO worked hard to ensure that old requirements that unnecessarily delayed applications were struck down and notable amendments include:

Getting Ready for Madrid

One of the biggest changes coming next month will be the country’s accession to the Madrid Protocol. Canada engaged in talks with stakeholders on the topic for nearly five years before moving forward.

To ensure there is adequate capacity after Canada joins the Madrid Protocol, CIPO has a plan to gradually hire a total of 40 new examiners, says Mr. Pierre. “This plan entails recruiting examiners with higher credentials and relevant work experience at the outset and nurturing that talent through continuous learning and development opportunities,” he adds.

Mr. Pierre hopes this approach will result in marked improvements in the quality of the examination process and in timeliness. “The turnaround times stakeholders currently experience will gradually decrease,” he says.

The Madrid Protocol will allow Canadian businesses to apply for trademark protection in multiple countries via one application, through one office—the World Intellectual Property Organization (WIPO), and for one set fee, paid in one currency.  This will lead to filing efficiencies, administrative savings, and reduced compliance costs for businesses, Mr. Pierre says.

Additionally, the Nice Agreement will ensure that applicants and businesses have a consistent classification system, which will make global trademark searching easier. Mr. Pierre is hopeful this will, in turn, “result in increased investment and foreign market access for Canadian firms, greater competitiveness, and reduced entry barriers.”

With June 17 not far away, CIPO has been engaging with stakeholders to educate them on the sweeping changes, and to solicit their feedback. “We want to make sure that our tools and information products meet their needs,” Mr. Pierre says.

Specifically, once the Regulations were finalized, CIPO drafted practice notices to clarify the Office’s position on a variety of topics. The Office held practice notice working group sessions, bringing together CIPO’s Trademarks Branch Policy Team and experienced professionals of the trademark community over full-day sessions in key Canadian cities.

CIPO has also created a resource page on its website that provides draft practice notices and guides outlining new processes and procedures that will apply on June 17. This page includes information on topics such as non-traditional marks, describing color, and correcting obvious errors on a registration, as well as material on the Madrid Protocol and a guide to “Demystifying the transition.”

Revised Fees and IT Updates

Some of the changes required to implement the treaties have affected the existing trademark fee structure, Mr. Pierre says. The application and registration fees have been merged “in order to minimize the burden and streamline the application process.”

The previous system required applicants to pay one filing fee when submitting their application to CIPO and another at the time the certificate of registration was ready to be issued. This resulted in delays in registration and added administrative burden.

“Currently, the average trademark application contains two or three classes, meaning that, going forward, 67 percent of applicants (i.e., those who file applications with 1 and 2 Nice classes) would pay CA$330 and CA$430, respectively, when filing online, as opposed to the current fee of CA$450,” he explains.

Another boon for users will be the necessary updates CIPO has made to its internal IT platforms, a process that has included modernization of many of the Office’s online platforms to make them more user-friendly and support streamlined interaction with the Office, Mr. Pierre says.

The IT changes also include adapting to WIPO systems, namely the development of the Madrid Console, which will support the international messaging required for the Madrid Protocol between WIPO and CIPO.

“The main purpose of the Madrid Console is to allow designated users, namely CIPO staff, to interact with the Madrid Workflow Engine hosted by WIPO to view queues of pending tasks, to ‘claim’ pending tasks, to complete tasks, and to track the status of transactions from WIPO to CIPO and from CIPO to WIPO,” Mr. Pierre says.

He adds that the Office will continue to refine and perfect its IT tools after June 17, as it receives additional feedback.

Bringing Staff Up to Speed

CIPO has been following a detailed plan from day one that will ensure staff have the necessary knowledge and understanding of the new legislative framework, according to Mr. Pierre. All staff have received a high-level overview of the legislative changes as they relate to the domestic trademark framework and a high-level overview of the Madrid Protocol.

Examiners have received additional detailed information on topics including how to examine non-traditional trademarks; how to examine applications that have been divided; how to examine for confusion, distinctiveness and utilitarian function; and the meaning and implication of the transitional provisions.

Operations staff, meanwhile, have received training on the new processes and procedures, such as the changes to the internal IT platforms.

"Our work to modernize not only our trademark legislative framework, but the way we conduct business, is far from over."

Because the implementation period for the new legislative framework will extend beyond June 17, the Office will develop refresher courses on complex topics, establish working groups to tackle certain operational or process-based questions that may arise, and bolster an online-based information forum so that examiners have relevant and timely information to support their work.

CIPO has also established a Madrid Expert Unit, comprising a small number of individuals who have been trained exclusively on the requirements of the Madrid Protocol. “This unit will be responsible for processing all the transactions related to the Madrid Protocol to ensure consistency of approach and will grow in response to the number of designations to Canada,” Mr. Pierre says.

“Although June 17 is only a few weeks away, our work to modernize not only our trademark legislative framework, but the way we conduct business, is far from over,” Mr. Pierre says. “Our goal is to become a premier IP office.”

Key to this larger goal will be close engagement with other IP offices, WIPO, and associations such as INTA, he adds. CIPO’s goal is to continue to improve efficiency and communication between examiners and trademark practitioners, for which collaboration is key.

“Collaborating with other offices and associations has helped us address gaps and offer solutions and will help us remain current and relevant in a constantly changing world,” Mr. Pierre says. “We have been fortunate to have such great working relationships with our stakeholders and partners, including INTA. We believe that nurturing those relationships will only prove more fruitful in the years to come.”