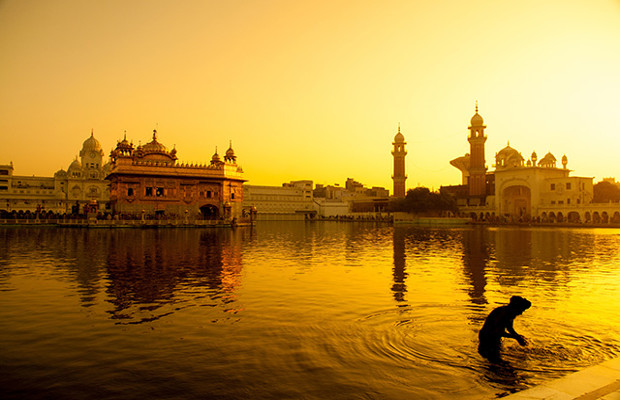 With the slogan ‘Creative India; Innovative India’, the new IP rights policy aims to integrate IP as a strategic tool at the national level to enable creators and inventors to realise their potential. Archana Shankar and Vidisha Garg of Anand & Anand provide an update.

India was ranked 81 out of 141 countries in the “Global Innovation Index 2015”. This may be attributed to the socioeconomic growth pattern post-independence. The economy was closed until 1991 and research and development was mainly financed publicly. However, with the opening of the economy, innovation in the private sector became the key driver of growth. It became apparent that entrepreneurship would develop only by providing adequate support to innovation, which will boost economic growth.

With the above in mind, the government of India declared 2010 to 2020 as the ‘decade of innovation’, with a focus on inclusive growth. The National Innovation Council was set up to develop a roadmap to create a system to provide policies, recommendations and methodologies to boost innovation performance in the country.

Further, the 12th Indian five-year plan (2012 to 2017) provided the key policy guidelines for Indian science and technology with the objective of India’s becoming a global leader in advanced science. It also addressed the major developmental needs of the country such as energy, food security, healthcare, agriculture, energy and the environment.

In spite of several policies to create an innovation ecosystem in the country, there was a lack of consolidated nationwide intellectual property policy to promote a holistic ecosystem in order to realise the full potential of IP for India’s economic growth and socio-cultural development.

The Department of Industrial Policy and Promotion (DIPP) unveiled the national IP rights (IPR) policy on May 13, 2016 with the objective of nurturing IP culture in the country, and guiding and enabling creators and inventors to realise their potential for generating, protecting and utilising IP, which would contribute to wealth creation, employment opportunities and business development.

With the slogan ‘Creative India; Innovative India’, the initiative aims to integrate IP as a policy and strategic tool at the national level, where the key focus has been to:

Mobilise the large scientific talent pool of the country; and

A focus on start-ups

The DIPP has been made the focal point to coordinate, guide and oversee implementation and future development of IP in India. However, the responsibility for actual implementation of the plans will remain with the ministries/departments concerned with their assigned sphere of work.

Patent rules have been amended with a view to introducing the provisions of expedited examination and streamlining the prosecution and opposition processes. For the first time in history, a definition of “start-up” has been introduced. Under the new rule, a start-up means an entity that has not completed five years from the date of its incorporation; whose turnover for any of the financial years is not more than 25 crore (250 million) rupees ($3.7 million); and which is involved in deployment or commercialisation of new products, processes or services driven by technology or IP. Further, for start-ups, the transactional fee for obtaining a patent will be the same as that of a natural person.

With the view to promoting innovation and facilitating commercialisation, start-ups have been given a facility to request expedited examination. Under this provision, patent applications will be examined and granted expeditiously. The Indian Patent Office (IPO) has also issued a notification that by the end of 2016 it will accept 1,000 applications for expedited examination.

The government launched a scheme to promote awareness and encourage IP protection among start-ups. Under the scheme, any certified start-up can obtain the services of IP professionals approved by the Controller General of Patents, Designs and Trade Marks (CGPDTM). The fee for using said professionals will be paid by the government.

Further, the commerce and industry minister Nirmala Sitharaman has announced that start-ups will now only need a certificate of recognition from the DIPP to receive IP-related benefits. Until now, the DIPP has received more than 400 applications to be recognised as ‘innovative start-ups’.

"With the view to promoting innovation and facilitating commercialisation, start-ups have been given a facility to request expedited examination."

In order to promote generation and commercialisation of innovation in the country, the government has started its most ambitious initiative: Start-up India. Under the initiative several financial subsidies are provided to start-up ventures to boost entrepreneurship. In January 2016, Sitharaman announced that start-ups will have a three-year tax holiday. Besides that, said start-ups will now obtain funds from alternative investment funds registered with the Securities and Exchange Board of India. In turn these will be financed by ‘fund of funds’ managed by the Small Industries Development Bank of India.

There are proposals for research parks, 16 for technology business incubators and 13 for start-up centres by the National Expert Advisory Committee, formed by the Ministry of Human Resource Development. Further, the DIPP has written to the top 50 companies in India requesting them to support the initiative under their corporate social responsibility activities by setting up new incubators in collaboration with educational institutes.

New jobs at the IPO

In order to improve administration and management at the IPO, recruitment rules for posts at the Rajiv Gandhi National Institute of Intellectual Property Management (RGNIIPM), at Nagpur and for controllers and examiners in the IPO have been issued, and interested persons have been requested to submit their comments. Further, several training programmes are being organised at the RGNIIPM for the training of examiners and controllers. About 459 new patent examiners have been recruited and the first batch of about 300 examiners have already started functioning. The second batch of new patent examiners are undergoing training at Nagpur.

The DIPP prepared a discussion paper on standard-essential patents (SEPs) and their availability on fair, reasonable and non-discriminatory terms. Views and suggestions were invited from the public to develop a suitable policy framework to define the obligations of SEP owners and their licensees. The same was followed by discussions with stakeholders.

In order to bring the administration of the Copyright Board under the DIPP, OP Gupta, head of the CGPDTM, has been given an additional post of registrar of copyright.

The DIPP along with the Confederation of Indian Industry conducted about ten roadshows on IP awareness and the national IPR policy. The objective of the roadshows was to inform the industry and innovators of the recently launched IPR policy and the benefits provided to start-ups. Along with several other speakers, examiners from the IPO were part of the roadshows. The DIPP plans to conduct more such events in collaboration with commerce and state bodies.

The national IPR policy reflects the commitment of the government to promote and strengthen the creative and innovative ecosystem in the country, and the initiatives being taken so far will make sure that innovation and technology drive the economy. Also, the policy takes care of several patent-related concerns of the US such as slow examination and disposal of applications. However, there is no hint in the policy regarding the rejection of patent applications relating to pharmaceutical products under the unpredictable section 3(d) of the Patents Act, 1970. The IPR policy will be reviewed every five years.

Archana Shankar is a senior partner at Anand & Anand. She has represented clients in all spheres of technology. Shankar is a graduate of the faculty of law at Delhi University and went on to complete her postgraduate diploma in bioinformatics and pharmaceutical regulatory affairs. She can be contacted at: archana@anandandanand.com

Vidisha Garg is a partner at Anand & Anand. She has a postgraduate degree in organic chemistry and law. Garg has been a registered patent agent since 2004 and has been practising in the firm’s patent office. She has represented clients in several pre-grant and post-grant patent opposition matters. She can be contacted at: vidisha@anandandanand.com