From green technology to famous trademarks: legal changes in Brazil 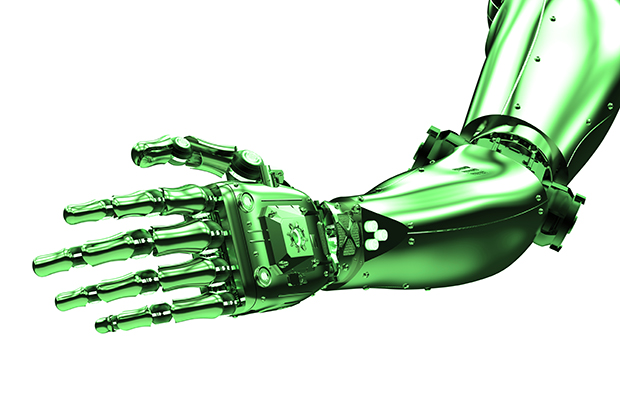 There have been a host of legal changes in Brazil since 2016, with IP owners in a range of industries needing to take note of the new laws. Pedro Bhering and Jiuliano Maurer of Bhering Advogados report.

After four years of running a pilot programme, the Brazilian Patent and Trademark Office (INPI) decided to make priority examination a permanent service for so-called green technology. It published, on December 6, 2016, Resolution No. 175/16, which regulates the procedure.

This priority examination may be requested by applicants of patents related to the technologies listed in the annex of the resolution, namely: (i) alternative energy; (ii) transportation; (iii) energy conservation; (iv) waste management; and (v) sustainable agriculture.

"Having famous status is a tremendous tool as it provides the mark with special protection in all branches of activity."

In addition, there are requirements that must be met in order for the applicant to enjoy priority examination for its patents. These are (i) the application must have been published and, if it is still within the secrecy period, an anticipated publication needs to be requested; (ii) the technical examination must have already been requested but not yet initiated by the INPI; and (iii) the set of claims must contain 15 at most, with no more than three independent claims.

Regarding any possible voluntary amendment that may be presented, the applicant will need to comply with the rule prescribed in article 32 of the Brazilian Industrial Property Law (BIPL)—No. 9,279/96. This states that the applicant may make changes to its patent application until the time of the request for examination, provided these are limited to the subject matter initially disclosed in the application.

End of the impasse

Another significant advance related to IP in Brazil is the end of an impasse between the INPI and the Brazilian Health Regulatory Agency (ANVISA) in relation to the granting of pharmaceutical patents. After years of deadlock, the two agencies have reached an understanding regarding their respective procedures in the analysis of pharmaceutical patent applications.

The impasse began when a statutory provision allowed ANVISA to get involved with the processes for the granting of pharmaceutical patents, the so-called prior consent, after examination of the patent by the INPI. The justification for the prior consent was that the analysis done by ANVISA would be more thorough and critical than that made by the INPI. However, the inclusion of a second federal entity, ie, ANVISA, for the analysis of pharmaceutical patents has greatly delayed the examination of patent applications.

The situation grew worse when, in 2009, the Office of the General Counsel for the Federal Government published an opinion limiting the acting powers of ANVISA. This opinion determined that ANVISA was to be limited to the evaluation of the safety and efficacy of medicinal products claimed in a patent application. In 2012, the flow of examination was reversed: all processes in the pharmaceutical area would be first analysed by ANVISA, and then analysed by the INPI.

This measure, despite being put into practice, did not generate effective results in the granting of patents (ie, the queue of processes waiting for a solution only increased). This impasse came to an end when, on March 14, 2017, the INPI and ANVISA reported that a joint decree will be published defining the attributions of each organisation in the evaluation of pharmaceutical patent applications.

In short, the analysis of data related to health will be tasked to ANVISA and the evaluation of data pertaining to patentability (novelty, inventive step and industrial application) to the INPI.

First, it should be noted that the resolution correctly used the term “patents for inventions implemented by computer programs” as Brazil does not grant software patents—software referring to the literal elements of the source code, according to article 10, item V of the BIPL.

It is also important to mention that the INPI has been granting patents for inventions implemented by computer programs for a long time. An invention cannot be excluded from patent protection just because it is implemented by modern technical means such as software. In fact, what needs to be evaluated for the protection or not of a particular invention is “the means by which the technical problem is being solved”.

So, if a process falls within the prohibitions of article 10 of the BIPL, it is irrelevant whether it is implemented by software or not, ie, the use of a computer program is no longer a criterion for classification in the prohibitions of article 10 of the BIPL. Accordingly, it is expected that, with the publication of Resolution No. 158/16, the technical examinations made by the INPI will become more agile.

Finally, the INPI published Resolution No. 172/2016. Its objective is to improve the independent procedure for requesting the famous status of a trademark in Brazil, established by Resolution No. 107/2013.

Foreign-owned marks that have been in use for a long time include Barbie; PlayStation; Honda; Nike; and Ferrari. Brazilian marks include Bombril; Bohemia; Brahma; Natura; Vivo; and

Having famous status is a tremendous tool as it provides the mark with special protection in all branches of activity, as prescribed in article 125 of the BIPL, and is extremely helpful in fighting counterfeiting.

Pedro Bhering is a founding partner at Bhering Advogados. He has more than 35 years of experience in dealing with multinational corporations from the US, Europe, Asia and Latin America in all issues relating to IP. He specialises in trademarks, patents, licensing and technology transfer, and copyright. Bhering has been recommended numerous times as a leading IP lawyer in Brazil. He can be contacted at: bhe@bheringadvogados.com.br

Jiuliano Mendes Maurer is a partner at Bhering Advogados, focusing on trademarks, copyright and fighting counterfeiting. He has an LLM from the University of Southern California. He is a member of the New York Bar Association, and an elected member of the impact studies committee of the International Trademark Association. He is fluent in Portuguese and English. He can be contacted at: jiuliano.maurer@bhering.adv.br