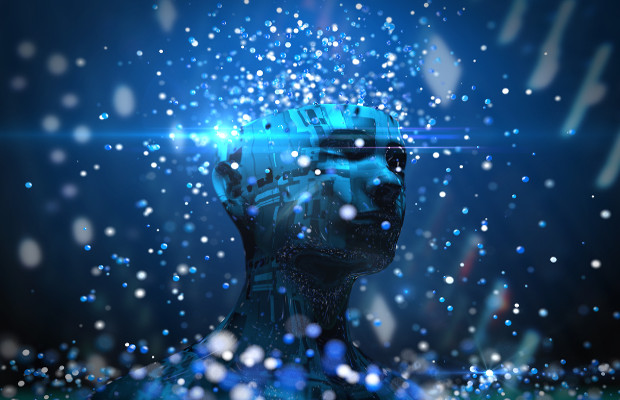 Artificial intelligence and big data were two of the hot topics at the Licensing Executives Society International Annual Conference 2017, as Jan Dohnal reports.

The Licensing Executives Society International (LESI) Annual Conference 2017 took place from April 23 to 25 in Paris. The opening speeches were made by Patricia Bunye (immediate past-president, LESI) and Anne Charlotte Le Bihan (LES France). Bunye highlighted the significance of such face-to-face meetings and Le Bihan explained why the topic of the IP revolution was chosen for the conference. They wanted a subject on which discussions is needed and appreciated by LESI’s members. The growing importance of IP rights also contributed. LESI introduced a carefully prepared and rich programme of outstanding speakers.

The opening speeches were followed by a keynote speaker, Thierry Breton from IT services company Atos. He stated that more than 40 zettabytes (ZB: 1 ZB equals 1021 bytes) of data will be produced by 2020—an unimaginable quantity. This figure should double every two years, according to assumptions. If we put this data on CDs, the CDs stacked on themselves would be six times higher than the distance between the earth and the moon.

This fact was elaborated on by Adrien Basdevant, who chaired the “Big Data” workshop. We live in a time of digital and information revolution, when mobility and social media are two key words. There are more than 1.86 billion monthly active Facebook users in the world, which is a 17% increase year on year. There were 1.15 billion mobile daily active users in December 2016, an increase of 23% annually.

Breton also advised: “Keep your data and take care about it. Do not allow somebody else to process it for you.” It seems that big data processing has a huge business potential.

"A fascinating project was presented by Yves Le Henaff from Kawantech, a startup company, on how to adapt public lighting in real time for users’ needs."

Artificial intelligence (AI) is one of the hottest topics concerning IP now and this issue was well covered. AI is driving our economy and society into a new era of innovation. Text analysis is so well developed that it allows deep machine learning. We are also able to deal with big data thanks to advanced computing power. The need to adopt new legislation on AI has been debated.

Participants could choose between particular workshops according to their interests. The “Big Data” workshop was one of the most interesting for me. The panel included the following speakers: Carina Namih, Maximilian Von Graffenstein, François-Xavier Rousselot and panel chair Basdevant.

When we fully exploit the potential of big data and AI, a new technological revolution is likely to take place. Machines will write the software algorithms. Business activities will be in the hands of a program. Big data helps to improve targeted advertising that is being used intensively today. For high-quality targeted prediction, a lot of data is needed.

What is the biggest problem here—ownership? The open questions remain who will be the owner of data produced by AI, because more than one stakeholder is involved, and the potential use of AI in court decisions.

The EU is undergoing an amendment on data protection: the General Data Protection Regulation (Regulation (EU) 2016/679). It was adopted on April 27, 2016 and applies from May 25, 2018 after a two-year transition period. Unlike a directive, it does not require any enabling legislation to be passed by national governments.

This EU regulation brings quite a few changes. One of the major ones is higher penalties for non-compliance. It could be massive: up to 4% of total global annual turnover or €20 million. It is very innovative. One of the most important goals is to achieve greater transparency when dealing with personal data (which refers to a person or which identifies a person).

In the future, much more data will be gathered about our location, how long we spend on social networks, watching TV, or reading the Kindle. Many people are not aware of the fact that this data is widely used. It can be sold and used for psychological profiling of people and can help businesses specifically target their customers. “We should help people to understand and communicate this issue,” Namih said.

IP arbitration provided by the WIPO Arbitration and Mediation Center was also discussed.

I was deeply impressed by the presentation of Roch Drozdowski-Strehl (deputy director of the Renewable Energy Integration Demonstrator, an initiative led by Nanyang Technological University in Singapore) who showed us a futuristic project: the construction of an artificial island made of waste where modern technologies for renewable energy are being tested.

Mark Abell from Bird & Bird introduced creative franchising methods, while a fascinating project was presented by Yves Le Henaff from Kawantech, a startup company, on how to adapt public lighting in real time for users’ needs. The public lighting system can serve as a data collector for identifying a free parking spot or another necessary sensor for autonomous vehicles. For example, it can notify the autonomous vehicle that there is a child approaching behind parked vehicles. Of course, there are many legal privacy issues connected but this is one way to make smart cities even smarter. The improving technology helps the environment and reduces the use of precious energy.

The conference was not just about learning. During the evening, we enjoyed a very pleasant Gala Dinner at Pavillon d’Armenonville, tasted French champagne and danced until the early hours. The conference, which finished with a wine and cheese cocktail party, included social events that provided a chance to network and meet new friends and international colleagues.

Jan Dohnal is a law student at Masaryk University in the Czech Republic.