CIPA: IP in a post-Brexit world 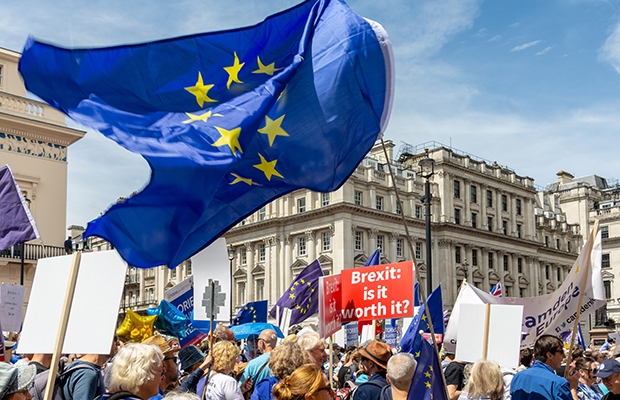 The resistance of the European patent system to the effects of Brexit is good news for the UK, although the situation for trademarks is different, says Neil Lampert, deputy chief executive of the Chartered Institute of Patent Attorneys.

The patent profession may form a relatively small part of the UK’s legal landscape, but it punches above its weight.

UK chartered patent attorneys contribute in excess of £1.1 billion ($1.4 billion) annually to the British economy. This is comparable to the revenue generated by some of the UK’s younger and more visible sectors, such as the video games industry (£1.52 billion). It also compares well to the much-championed UK fishing industry, with the Marine Management Organisation (MMO) publishing statistics that recorded its takings abroad as £980 million in 2017.

The majority of this patent revenue comes from foreign companies choosing to use British representation. In fact, of the 40,000 European patent applications filed each year by the UK’s European patent attorneys, nearly 90% are for clients from overseas.

"Outside Europe the ‘business as usual for patents’ message is not universally understood."

This resistance of the European patent system to the effects of Brexit is good news for the UK and for those around the world who rely on the expertise of the UK patent profession to protect their IP in Europe.

Europe can mean different things in different contexts. Outside Europe the “business as usual for patents” message is not universally understood and the opportunity for those who would seek to exploit this still exists.

Since the 2016 EU referendum result, our members have criss-crossed the globe to speak at conferences, to industry groups and to fellow IP professionals in an effort to ensure that the “business as usual” European patent message is understood. The EPO itself published an unequivocal statement on its website.

This crucial work continued in April 2019 when CIPA and its sister institute the Chartered Institute of Trade Mark Attorneys (CITMA) took a delegation consisting of its presidents—Julia Florence (CIPA) and Tania Clark (CITMA)—Sir Colin Birss, judge at the Patents Court, colleagues from the UK Intellectual Property Office, and other senior attorneys on a tour of key US cities: Washington DC, Boston and Palo Alto.

Our international promotional work will continue across 2019. CIPA will receive an incoming delegation from AIPLA this summer and will visit Hong Kong and Brazil later in the year.

For trademarks and designs, the impact of Brexit is different. EU trademarks and registered Community designs are granted by the EU Intellectual Property Office (EUIPO) and are governed by EU regulations.

CIPA lobbied parliamentarians last year and into 2019 urging the UK government to include the UK’s continued participation in the EU trademarks and design system in ongoing negotiations with the EU. Such participation would have the effect of maintaining rights of representation for UK-based European trademark and design attorneys.

Then CIPA president Stephen Jones wrote to the Prime Minister Theresa May and Brexit Secretary Dominic Raab. Questions were asked in parliament. Jones also raised the issue while giving evidence to a House of Lords inquiry into the ramifications of Brexit for IP rights.

Then UK IP Minister Sam Gyimah replied to Jones’ letters on behalf of the Prime Minister and DExEU Minister Robin Walker responded on behalf of Raab, with neither closing the door on post-Brexit participation with the EUIPO.

On pending applications, Walker said that the government was working with the EU to ensure that UK practitioners would be able to complete them.

The campaign culminated in CIPA’s calls being integrated into UK Opposition policy. The Labour Party included continued participation in the EUIPO in its written list of amendments to the Trade Bill, during its committee stage in the House of Lord
in February.

During the debate the government said there was little difference in the way it was approaching the negotiations and what the Opposition was calling for, but argued that it would not be helpful to have the requirements involved by the amendment on the face of the Bill.

Shortly afterwards, Opposition Leader Jeremy Corbyn wrote to May to ask for “… clear commitments on participation in EU agencies and funding programmes, including in areas such as the environment, education, and industrial regulation” in order to secure Labour support for her deal.

As the UK prepares to exert its influence in a post-Brexit world, agree trade deals with other nations, forge new partnerships and strengthen existing ties, the patent and trademark professions can rest assured that CIPA will continue to fight their corner to ensure their continued success and prosperity.

Neil Lampert is deputy chief executive at the Chartered Institute of Patent Attorneys (CIPA). He is responsible for all external affairs, including domestic and international stakeholder engagement. He won the Outstanding Achiever in a Membership Team Award at Memcom 2018 for CIPA’s Brexit campaigns. He can be contacted at: neil@cipa.org.uk