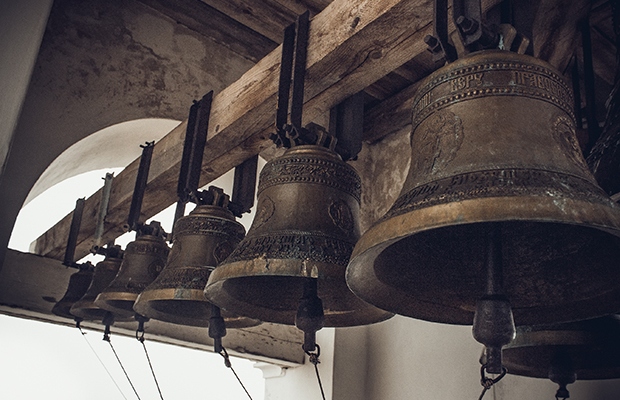 The Canadian IP system has seen many updates in recent years. Mark Vickers, Peter Cooke, and Beverley Moore of BLG offer a guide to the most important changes.

In the last few years, Canada has taken steps to implement a number of international IP treaties. In addition, the country has made several amendments to its laws on its own initiative. As a result, the patent and trademark landscape has a very different look.

Canada’s act and regulations are now in line with the requirements of the Singapore Treaty, the Madrid Protocol and the Nice Agreement. Changes include:

New applicants must pay government fees based on a per-class structure.

A basis of use is no longer required to obtain a Canadian trademark registration. Applications filed under the new regime will proceed directly to registration, with no allowance stage.

Applications filed prior to June 17, 2019 still require the payment of a registration fee, but the Declaration of Use is no longer required for proposed use applications.

The statement of goods and services for new applications and applications pending, but not advertised, prior to June 17, 2019 must be classified according to the Nice Classification System.

The Canadian Intellectual Property Office (CIPO) will begin issuing notices requiring the goods and services of existing, unclassified, registrations to be classified. Trademark owners will have six months from the date of the notice to comply.

New and pending applications are also being examined/re-examined for distinctiveness.

Examples of inherently non-distinctive marks include geographic locations, one- and two-letter or number trademarks, and laudatory words or phrases.

The term of registration has been shortened to 10 years.

Canadian applications can now form the basis for an international registration filed through the Madrid Protocol. Conversely, Canada can also be selected as a designate for Madrid filings that originate from member countries.

"Canadian applications can now form the basis for an international registration filed through the Madrid Protocol."

CIPO is sending “courtesy letters” advising that they will communicate only with an applicant or a Canadian agent. Clients outside Canada should consider appointing a Canadian agent if they would prefer that the applicant not receive correspondence from CIPO directly.

The definition of “trademark” has been expanded to include “non-traditional” marks. Examples include motion marks, colour marks (without delineated contours), scent marks, taste marks, texture marks, position of a sign, and holograms.

Canada has introduced a mechanism allowing third parties to bring to the registrar’s attention information concerning a pending application during examination. The grounds are limited to the following:

Confusion with a registered trademark;

Non-entitlement due to a prior application; and

A registered trademark has been used to describe the goods and services.

The third-party submission must be limited to “information related to the appropriate grounds” including a list of all relevant registrations and/or pending applications. No written arguments or evidence of prior use will be considered.

Opposition proceedings under the new regime have undergone significant changes. Many of the changes resulted from the removal of a number of registration requirements, such as filing bases, and the introduction of new filing tools, including applications designating Canada (“protocol applications”) and divisional applications.

A number of procedural amendments have also been added.

It is now possible to initiate an expungement proceeding with respect to only some of the goods and services covered by a registration.

The registrar intends to launch a pilot project to initiate non-use cancellation proceedings against registrations that will be randomly selected.

Patent practice in Canada is changing as the government aims to ratify its commitment to the WIPO’s Patent Law Treaty. As of October 30, 2019, a new system of third-party rights is in effect, providing a safe harbour for a person who, in good faith, commits an act that would otherwise constitute patent infringement, if the act was committed during a certain time window. That safe harbour continues through the life of the patent.

For example, failure to pay an annual maintenance fee in a timely manner, or failure to request examination and pay the examination fee similarly, can open a window of time which exposes a patent owner to a third party acquiring these safe harbour rights. In these examples, third-party rights may arise six months following the missed deadline.

Furthermore, third-party rights may be transferred, such that the transferee is protected from infringement.

Similar prior user rights came in to force in December 2018, for a third party who committed, or made serious and effective preparations to commit, would-be infringing acts before the claim date of a patent. As with third-party rights, it appears that they may continue to commit the otherwise-infringing acts, including manufacture, as long as the applicant was not the source of knowledge of the subject matter. These prior user rights are also transferable.

However, this statutory amendment overrides the SCC jurisprudence, stating that written communications between the patent applicant or patentee and the commissioner, patent office, or re-examination board can be introduced into evidence to rebut any representation made by the patentee as to claim construction.

These communications are inclusive of disclaimers, the prosecution of the patent application, and any requests for re-examination. These changes can be applied even in litigation started before the changes were announced.

It must be the first NOC for that medicinal ingredient; and

There can have been no other CSP issued for the medicinal ingredient.

Must be in force and not expired or void;

The CSP holder will have the same rights and privileges as a patentee with respect to the drug referenced in the CSP, although an exemption to infringement is provided for medicinal ingredients made, constructed, used, or sold for export.

Mark Vickers is a partner and national leader of the life science industry group at BLG. He can be contacted at: mvickers@blg.com

Peter Cooke is senior counsel with BLG’s IP group. He can be contacted at: pcooke@blg.com

Beverley Moore is a partner in BLG’s IP litigation group. She can be contacted at: bmoore@blg.com