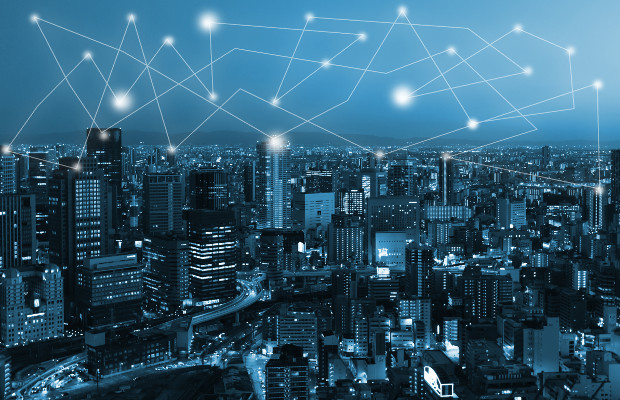 While initially associated with online currencies, blockchain technology could provide a boon to brands looking to protect their intellectual property. Saman Javed investigates the potential.

It has been more than a decade since the creation of blockchain. While the technology was first intended to act as a ledger of Bitcoin transactions, its uses have multiplied in the years since.

Blockchain is seen as one of the most secure forms of verifying, preserving, and tracking information, so it’s no surprise that industries from banks to big pharma are experimenting with it.

One aspect of intellectual property protection in which blockchain has huge potential—but is yet to be widely implemented—is the protection of brands against counterfeits.

In the simplest terms, a blockchain is a decentralized, distributed ledger for maintaining a permanent record of transactions. It is said to be virtually tamperproof as one “block” of information cannot be altered without simultaneously altering all subsequent blocks in the chain.

This adds to the immutable nature of the blockchain; you can’t pull out the block in the middle without disrupting the chain, because every block is linked to the one that comes after it.

It is this secure means of tracking origin that makes blockchain, on paper at least, an ideal solution to challenges faced by trademark owners.

When a brand uses blockchain to protect itself against counterfeiting, it must develop a means of verification.

Birgit Clark, Lead Knowledge Lawyer of the IP Practice at Baker & McKenzie (United Kingdom), says adding blockchain-connected tags to products “is one of the most convincing use cases of distributed ledger technology and could play an important role in fighting counterfeits.”

In practice, a brand can implement blockchain technology in its protection strategies by adding a QR code or near-field communication chip (NFC) to its products; for example, it can be added on the care label of an item of clothing.

NFCs work similarly to contactless payment cards and can be scanned by a consumer through a mobile phone app. The app will then determine whether the item is registered on the brand’s blockchain. If it is, it is a genuine product. Similarly, QR codes can be scanned in this way.

One company, Everledger (United Kingdom), has developed a blockchain solution for verifying diamonds.

Each diamond is assigned an electronic identity, comprising its physical attributes as well as a laser-inscribed serial number. This identity is added to the blockchain and a digital passport is created for the diamond, which tracks its travel, transaction history, and origin in the ledger.

"Such a level of transparency and security increases brand loyalty." Jeff Greene

Therefore, when the ownership of the diamond changes, the new owner can check the diamond against its digital passport to verify its starting point

In the fight against counterfeiting, a blockchain-connected QR code or NFC is not the only way a brand can protect itself.

Jeff Greene, Partner at Fenwick & West (USA), says blockchain can be used as a way of tracking every step in a fashion supply chain, from the source of the raw materials all the way to the finished product.

At the very beginning of a product’s life, information about the correct materials, the factories, and the manufacturers authorized to make a product can be added to the blockchain.

Once the manufacture of a product is complete, information about the date and time the product was made can be added to the blockchain.

Mr. Greene says this is an example of how blockchain can provide traceability and better transparency.

“This allows brand owners to verify the quality and source of materials used in their products and ultimately reduce loss. It also allows the retailer and ultimate consumer to be able to verify the same information,” he says.

Rosie Burbidge, Partner at Gunnercooke (United Kingdom), says one very common problem for some luxury brands is the unauthorized production of goods.

“Say you have a factory in China that is authorized by a brand to produce handbags; they will have a daytime shift that produces genuine products,” she explains.

But there may also be a nighttime shift making unauthorized bags that are identical to the genuine products without the brand knowing.

“If this product is tagged and added to the blockchain, the blockchain will show the date and time it was added”, so it would be easy to tell it’s an unauthorized product,” says Ms. Burbidge.

Mr. Greene says this nature of the technology, which prevents records from being altered or destroyed, will also help build consumer trust.

“If a supplier tries to change an order or switch the source of the product, the retailer or customer will have a record of the original information. Such a level of transparency and security increases brand loyalty,” he adds.

Another aspect of the supply chain that blockchain can protect is in the distribution of products.

By looking at data entered on the blockchain, brands can track where their goods are being sold. So, if the handbag maker has two distribution agreements, one in Russia and one in Georgia, USA, and the products meant for Georgia end up in Russia, it is easy to track.

Ms. Clark says if customs authorities are made aware of the security features on genuine products, “then the absence of such features is an easy way for border officials to check whether a product is counterfeit.”

Amazon (USA) and Alibaba (China) have previously put out statements that they are experimenting with the technology.

In 2017, Alibaba announced it would be piloting blockchain to track and verify food items being imported from Australia and New Zealand to tackle the problem of fake food being sold on its platforms.

The idea was that shoppers on Alibaba’s Taobao marketplace would be able to verify whether the product they had bought was genuine by scanning the code on a product on their mobile phones.

More recently, Alibaba subsidiary Tmall Group (China) said in a press release that it has begun testing the technology to trace imported goods.

In a statement published last year, Amazon Web Services, a subsidiary of Amazon, said it had created two new blockchain solutions to enhance the transparency of corporate transactions.

It described one of the solutions, the Amazon Quantum Ledger Database as a “transparent, immutable and cryptographically verifiable ledger” for applications that need a secure record of transactions. It said one potential use of the tool is the ability to trace items as they move through a supply chain.

Amazon’s statement said Managed Blockchain, the second solution, will enable companies to develop their own blockchain networks, allowing multiple parties to carry out transaction without the need of a third-party authority.

While industry leaders such as Amazon and Alibaba are experimenting with blockchain, Ms. Burbidge says one of the biggest factors currently holding brands back is the cost of the blockchain technology and the NFCs. In addition, overhauling the supply chain can be a very expensive process.

“If you’re selling one type of goods it is relatively straightforward, but if you’re selling lots of types of products—for example, a supermarket—working out the whole supply chain is very cumbersome and quite challenging,” she says.

But, she adds: “When you factor in the brand protection savings, in theory it should cancel out this cost.”

However, with long-term future savings versus the short-term costs of a solution that hasn’t been tried and tested, she says, “It’s hard to convince people to take the risk.”

As to what the future holds for blockchain in brand protection, Ms. Burbidge believes it could greatly reduce the presence of counterfeits on online marketplaces.

Let’s take the example of a user selling a genuine, branded handbag on an online marketplace.

Theoretically, in a blockchain-using world, in order to list that item for sale the user will have to complete certain information that brands have provided to the marketplace.

If this information is verified against that on the brand’s blockchain, the item is genuine and may be listed.

“I see this as the ultimate solution for the online problem,” Ms. Burbidge says. This theory could also apply to secondhand goods.

Another drawback to utilizing blockchain is the absence of a single blockchain that can be used by brands across the world. This is because the bigger the blockchain, the more secure it is. For example, if a blockchain has only 100 computers in its network it is easier to hack a majority of them. But with more computers, the blockchain becomes more secure.

“Unfortunately, we do need to have a single big company that dominates, because at the moment with all these smaller players it is hard to know who to trust and to have complete confidence from a security point of view,” Ms. Burbidge says.

One of the biggest challenges for blockchain is that it remains largely untested and unregulated.

As brands start to experiment with the technology, Ms. Clarks says standards and interoperability protocols will need to be developed.

“It appears to be only a question of time before the law addresses the potential hurdles in the large-scale legal application of the technology and it permeates IP law and practice,” she says.

While the conversation surrounding blockchain suggests myriad possibilities for its use in brand protection, the lack of a dominant player and the cost of overhauling supply chains means few brands have yet taken the risk of implementing the technology.

As Ms. Burbidge says: “It could be a real win-win, but it needs someone to take an initiative.” In other words, the potential is there, the world just needs to catch up.