AIPLA 2015: All eyes on Washington 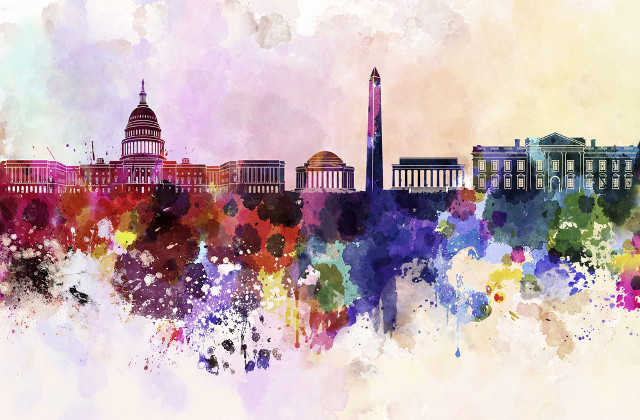 Meetings, talks, live argument and industry awards are all part of the programme at the upcoming AIPLA annual conference.

In an age when the US’s intellectual property laws are under ever-increasing scrutiny, it’s appropriate that the American Intellectual Property Law Association’s (AIPLA) annual meeting will be taking place in the heart of the country’s legislative centre: Washington, DC.

From October 22 to 24 more than 2,000 IP professionals will arrive in the US capital for the organisation’s annual meeting.

Several hot topics, including developments in US intellectual property laws, are due to be discussed.

Despite its name, AIPLA is not restrictive about where its members come from and this year’s meeting is expected to attract attendees from far and wide.

“We have people from all over the world attending,” says the organisation’s president Sharon Israel.

“Our annual meeting has something for everyone,” she says, adding that “our professional programs committee tries to tailor the meeting to meet as many members’ needs as possible.

“We have a very diverse membership, from people who are involved in patent prosecution or litigation, to those who are more involved in trademark and copyright work and international IP issues,” she explains.

“If you look at the programme day by day, it has a diverse range of topics.”

The meeting’s first day, Thursday, October 22, begins with a discussion on patent prosecution and patent litigation before moving on to trademark and copyright matters.

Michelle Lee, the director of the US Patent and Trademark Office (USPTO), will give a speech on the first morning, as will Judge Alan Lourie of the US Court of Appeals for the Federal Circuit. Maria Pallante, the register of copyrights, will give a lunchtime talk on Friday, October 23.

In particular Israel is looking forward to hearing Lourie speak.

“He just celebrated his 25th anniversary at the court and he can certainly talk about the past and the future of the federal circuit,” Israel says.

“I’m a former law clerk of his so it’s special to me that he’s going to be speaking and I know he’s looking forward to it as well.”

She adds: “A benefit of always having the annual meeting in Washington, DC is that a lot more public officials who are based in the area can attend.”

Although there is no set theme for the meeting there are certain topics in the IP industry that are sure to come up over the course of the meeting.

The America Invents Act, which enacted provisions including the review processes at the Patent Trial and Appeal Board (PTAB), became three years old this year.

“The benefit of always having the meeting in the Washington, DC is that we get a lot more public officials who are based in the area and can attend as well.”

One session, on Thursday afternoon, and which is dedicated to the PTAB, includes a live oral argument where panellists will assess a patent as if they were reviewing it.

“Patent litigation is certainly an evolving area,” Israel says, adding that the increase in proceedings at the PTAB is becoming the “new norm”.

Another topic that interests Israel, and which AIPLA has been attempting to raise awareness of, is the promotion of women in IP.

Last month WIPR reported that Lee had expressed concern over a lack of female inventors being named on granted patents.

“Women in IP and STEM is something that the AIPLA is trying to collaborate with the USPTO on,” Israel says.

“I think we do a pretty good job of attracting women and getting women involved in leadership in IP,” she says, explaining that in 2014-15 60% of the AIPLA executive committee was made up of women.

A breakfast meeting for the women in IP law committee will also take place on the Friday.

While providing a time for discussing the changes and developments in IP over the past 12 months the meeting will also be a chance for Israel and other AIPLA members to reward those who have had an impact on them.

One regular event, which Israel is particularly looking forward to, takes place on the Friday during which the AIPLA gives awards to workers from the USPTO and US Copyright Office.

“The recognitions are for their outstanding achievements,” says Israel, adding that public officials from both offices will be on hand alongside her to present the awards.

At the end of the meeting Israel will pass the president’s baton on to her successor, Denise DeFranco, who will take up the position for the next 12 months.

“My priorities for this year have been focussed, in part, on member outreach and increasing the value of membership,” says Israel, and with more than 2,000 members set to attend it looks like her goal has been met.

The AIPLA annual meeting runs from October 22 to 24 at the Marriott Wardman Park Hotel in Washington, DC. WIPR will be attending so if you spot one of our team please stop and say hello!