US president special: it’s Trump’s choice for the Supreme Court 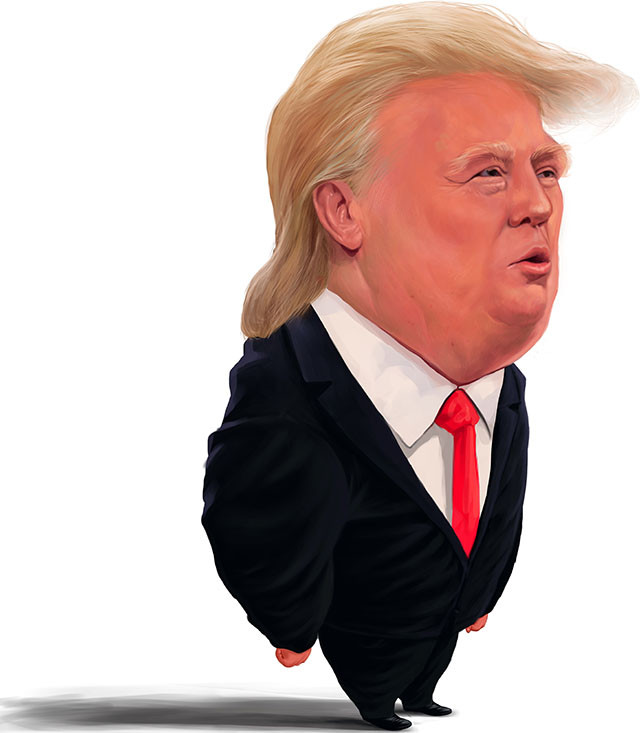 Donald Trump, the shock winner in the US presidential election, must appoint a ninth justice at the Supreme Court, currently split between four Democrat and four Republican-nominated judges. WIPR looks at the possible contenders and resulting impact on IP.

Donald Trump won the 2016 US presidential election after surpassing the requisite 270 electoral college votes. The result comes after more than a year of campaigning from the candidates, including Democrat nominee Hillary Clinton. Trump will take office in January 2017.

The New Yorker will be in charge of appointing a new Supreme Court judge. When Republican-nominated Justice Antonin Scalia died in February, President Barack Obama was tasked with nominating a replacement. In March, Merrick Garland, who works as chief judge of the US Court of Appeals for the District of Columbia, was nominated as the ninth justice.

However, at the time, the Republican-held Senate promised to block any appointment of a new justice until the presidential election had concluded. Since Trump’s victory, Garland’s position has been thrown into doubt.

In May, Trump released a list of potential Supreme Court nominations should he win the election. Of the eight men and three women on Trump’s list, six are judges who sit on federal appeals courts and five work in state courts.

The nominations included Steven Colloton and Raymond Gruender, judges on the US Court of Appeals for the Eighth Circuit; Thomas Hardiman, a judge at the Third Circuit; Raymond Kethledge, who works at the Sixth Circuit; William Pryor, from the Eleventh Circuit; and Diane Sykes of the Seventh Circuit.

Trump said in a statement released at the time that the list is “representative of the kind of constitutional principles I value”.

How does this affect IP?

Lee (Utah) is the only nominee to have specialised in IP law. He has ruled on cases including trademark infringement involving car makers Porsche and Ford.

WIPR spoke to IP lawyers in the US about how Trump’s victory could affect IP at the Supreme Court.

Ann Ford, partner at law firm DLA Piper, says: “It is difficult to ascertain the effect any judge nominated by Trump would have on IP because this president is not just a Republican, whose policies would normally be pro-market, but is rather a protectionist populist.

“What we do know is that Trump seems to have proposed a robust anti-piracy initiative, particularly focused on combating industrial theft emanating from China."

“At least, this is how he had positioned himself leading up to the election. The fact is that, given how Trump has changed positions over the years, we don’t know what he or his appointees will stand for on issues such as IP. One thing is for certain, we do not have certainty.”

Joseph Gioconda, founder at Gioconda Law Group, says: “With respect to Trump’s anticipated policies and proposal to nominate particular judges, and the potential impact on IP laws, I think that is an unknown quantity.

“And with respect to Trump’s proposals to nominate Supreme Court judges with a conservative judicial temperament, typically such ideological and partisan world views do not directly impact the Supreme Court’s interpretation of IP laws in a clear way.”

Most of the recent Supreme Court cases on patents and copyright related to “matters of esoteric statutory interpretation that did not break along traditional ideological lines”,
he says.

He adds: “What we do know is that Trump seems to have proposed a robust anti-piracy initiative, particularly focused on combating industrial theft emanating from China, perhaps leading to the erection of more protectionist trade barriers.

“Trump cited heavily from US International Trade Commission data showing that China engages in illegal export subsidies, prohibited currency manipulation and was responsible for the rampant theft of IP.”

Barton Showalter, head of the IP group at Baker Botts, says: “I don’t expect a big change in the decisions that come from the Supreme Court. From the perspective of the strong patent system, Chief Justice Roberts has been particularly pragmatic from a business standpoint and I think the nomination of a conservative Trump judge will put the court back to a 5-4 stance, which is where they were before Scalia’s death.”

Michael Grow, partner at Arent Fox, says Trump has merely identified a list of potential Supreme Court appointees and that no-one knows who will be appointed.

“Trump is an IP owner and he has a business background. It is more likely than not that his appointees will have a more positive effect on the development of business and the protection of IP than appointees that Clinton might have appointed,” he says.

Howard Hogan, partner at Gibson Dunn, adds that “no matter who had won the election I think it’s fair to say that time will have to tell what the effect will be”.

“My instinct is that Donald Trump is a businessman and views himself in that vein and that he is not going to be looking for judges who will be radically rewriting IP law, but often you just can’t tell what a judge’s disposition will be on IP law.”

Gary Krugman, partner at Sughrue Mion, refers to Trump’s earlier list of potential nominees and says: “They are all conservative Republicans and such conservative judges, if appointed to the Supreme Court, can ensure a conservative majority on the court.

“However, I do not really think that decisions in IP cases turn on whether there is a conservative or liberal majority on the court,” he adds.

Trump’s election throws many policies into uncertainty, but whether IP cases will be affected in light of the soon-to-be Republican-leaning Supreme Court, has yet to be seen.