Forging ahead with global IP standards 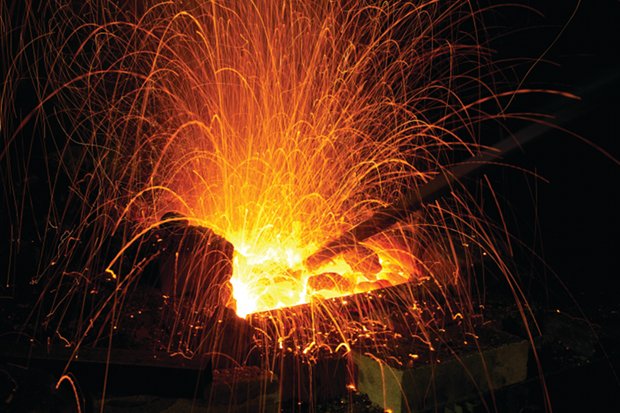 Signing up to the Madrid Protocol and introducing online filing of applications are two illustrations of Mexico’s aim to strengthen the country’s IP environment, says Laura Collada Salcido.

Mexico has, for many years, been a leader in IP in Latin America—not only because of the huge levels of foreign investment in the country, but also thanks to requirements outlined under international treaties signed by Mexico. These two issues have helped to foster important IP activity in the country.

Our country is among the 15 strongest economies in the world and the Mexican National Trademarks Office (IMPI) is among the 20 top offices worldwide, according to the World IP Organization (WIPO). However, in many cases Mexico is not a priority country when the decision comes to file a trademark application in which the owner is a global player. This may have been a reason to enhance the legal framework in order to attract more filings.

Mexico must always be considered a priority country, not only for the reasons mentioned above, but also because of its strategic position in the Americas, the huge market that it represents (more than 114 million inhabitants), its growing economy and the consumer’s purchasing potential, and its position as the third largest supplier of imported goods to the US (Mexico remains on the watch list for 2012 of the 301 Special Report from the US Trade Representative [USTR]).

Mexico has worked hard to enhance its IP rights legal framework and it is a work in progress. However it is also a top priority that global IP players understand the importance of filing in Mexico and acquiring IP rights in our jurisdiction. Recent changes in the legislation take us closer to the goal of achieving a legal framework that provides effective enforcement that reflects the commitment of government to support innovation as a means of national development and economic growth.

On February 19, 2013, the protocol relating to the Madrid Agreement concerning the International Registration of Trademarks entered into force in Mexico. The instrument of accession to the protocol was deposited at the WIPO on November 19, 2012, and the guidelines for applications and filings under the Madrid Protocol were published in the Official Gazette on February 12, 2013. The number of trademark applications that will be filed in Mexico through the Madrid Protocol at this point is uncertain; there is an estimate that in the first year there will be around 7,000 applications.

This inclusion is a major change in our trademark legal framework and it is expected that it will increase the number of filings in our country. Unfortunately, our trademark legislation does not provide an opposition system. It is clear that the latter is not required for filing and prosecuting applications under Madrid, but it is a highly important and recommended tool. Presently, only very few countries lack an opposition system and Mexico is one of them. Furthermore, and compared to trademark practices in other jurisdictions, no multi-class applications are accepted in Mexico.

Moreover, it is important to design this amendment in a way that is congruent with our legal system and to establish it in such a manner as to avoid opposition becoming an instrument for delaying the examination and registration procedure for both national and international trademark applications.

Foreign applicants will have to assess the advantages of using the Madrid Protocol against today’s common practice in our jurisdiction, since other changes have been enacted and seem to be equal, or more useful, to obtaining registration in a fast and efficient way.

"THE IMPLEMENTATION OF AN OPPOSITION SYSTEM IN OUR COUNTRY REPRESENTS ONE OF THE MOST CHALLENGING TASKS FOR THE MEXICAN GOVERNMENT AS WELL AS FOR IMPI."