Balancing act for technology and rights 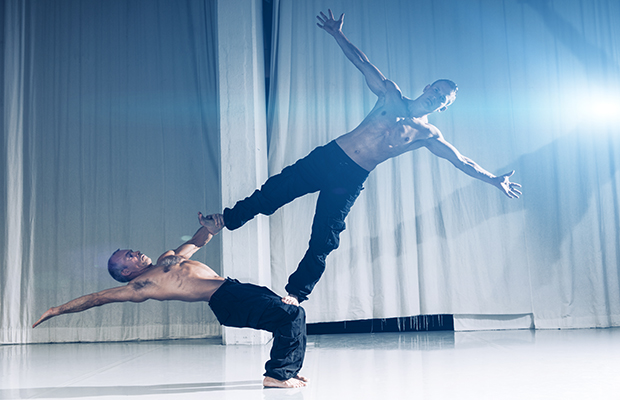 Should legislation be adjusted in light of technological developments such as artificial intelligence and the internet of things? Max Oker-Blom of ECTA finds out.

Should legislation be adjusted in light of technological developments such as artificial intelligence and the internet of things? Max Oker-Blom of ECTA finds out.

During the last few years technological development has been rapid, to say the least. Discussion about advances in 3D printing, internet of things (IoT), artificial intelligence and, lately, blockchain, has become fairly common but it seems as though legislation and, in particular, IP law is confronted with some challenges.

Broadly speaking, there are two ways of approaching this. One line of thought is that existing legislation can handle this. The other is that new solutions are needed and thus new legislation. Regarding the former, it is thought that courts will solve the possible problems by expanding the interpretation of the existing rules when confronted with rapid technological change. This suits common law countries quite well, but might be a problem in civil law countries, where written law is in the foreground. Within the EU, however, to date some convergence has taken place.

In the following we will briefly discuss the role of IP rights in this respect. Is there a need to adjust legislation because of technological developments such as IoT, or is there another way to approach the challenge, such as transforming the question of increased protection into a matter of business models? What is the role of legislation in this case?

Before developing our thoughts further just a few words about what a business model is and what IoT is thought to be.

A business model indicates how an enterprise is supposed to function. It comprises an earnings model, a production and a delivery model. It is about how the money is earned, how the goods or services are produced and how these are delivered or provided to the customers or consumers. Nowadays it is not uncommon that the service provided is free and the earnings are obtained by, for instance, making an advertising space available.

IoT, on the other hand, is a network of different smart objects, often mundane things, which are equipped by sensors, which in turn collect information to be transmitted via the internet to various receivers. Examples of such objects are smart watches, appliances at home or cars. Transmitters in a waste container or towel automat can send a message to the service provider when to empty the container or refill the automat.

The question which now arises is how the IP rules should be modelled within the new technological environment not only to protect the creator or innovator, but also to promote innovation overall? It is common knowledge that IP rights not only contribute to inventions and creations, but can hinder them as well if the protection is too strong, depending on how the temporary monopoly is designed.

The logic of an IP monopoly

According to a traditional way of thinking, IP rights incentivise inventions and creations. The temporary monopoly obtained by an inventor being awarded a patent or a creator of a copyright contributes to cover the costs of inventing or creating and for some time secures an income as well. A too-strong protection might, however, hinder competition, at least for the validity of the time granted for the right, and thus innovation.

Economists and many other professionals are aware of the need to create a balance between incentive and access in order to promote innovation overall. This awareness has resulted in, for instance, mandatory licensing in the area of patents and exceptions regarding copyright. A discussion about shortening the time of protection in order to promote competition has not, however, really taken place, maybe because it is considered too radical.

It is probable that the socioeconomic gains of innovation are higher on free markets than those measured in business economic terms. An important reason for this is the competition from those who copy. By copying, more consumers are reached and the income of society increases. On the other hand, one has to be aware that if the business income decreases too much, firms are not willing to invest in research and development. This can be said in another way—the legislator has to create such incentives that business earnings result in increasing socioeconomic income.

"A discussion about shortening the time of protection in order to promote competition has not, however, really taken place, maybe because it is considered too radical."

It is thus a question of striking a balance, which is more easily said than done. It is a matter of taking into account diverging interests. The inventor, creator or the firm are striving to achieve strong protection, while the competitor or the consumer think that weaker protection might be minimising costs.

The question is how to lessen this tension, or should one look at this issue in a different way? It is here, we think, that business models and IoT, for example, enter into the picture.

We think that it can be useful, particularly in the digital environment of today, to take the business model, i.e., earnings, as a starting point. In the beginning, protection is usually about guaranteeing earnings, but might in the longer run hamper them.

Think of the life cycle of a business idea. The business development is usually following a pattern of initial growth, maturity and decline. In other words, a company must continually focus on product and service development in order to survive. Many enterprises have understood this. The question is, however, whether this also has to be taken into account when modelling the protection?

Before drawing some conclusions from our reasoning let us look at how two companies have structured their business models with particular regard to IoT. The US producer of farm machinery and equipment, John Deere, has connected its products not only with networks, which signal a need for repair or change of spare parts, but also to irrigation and fertilisation systems. These in their turn are connected to weather forecasts and even information on grain prices to optimise farming.

Tesla, the manufacturer of electric cars, transfers software updates to its cars and thereby gives its customers a feeling that the car is being continuously renewed.

What has this to do with the modelling of IP rights? The point is that the importance of software is increasing at the expense of hardware, and information and service at the expense of the product. This means that the copyright holder can block access to certain software or, for example, a CAD file regarding 3D printing. This might mean that the technical development is hampered, at least where the producer lacks development capacity. It is thus a matter of balancing incentives: protection on the one hand, and access on the other.

What does this mean in practice? Whether the term of copyright has to be made branch-specific has to be contemplated. For software the time can be shorter and thus stimulate innovation. The interoperability between systems and products has to increase in order to fully utilise IoT. The legislator has also to thoroughly analyse how to approach the aggregation of data created.

At the same time one has to take privacy points of view into account. In Europe we should also reconsider whether it would be worthwhile to introduce the concept of ‘fair use’ instead of sticking to a list of exceptions.

In other words, we believe that more flexibility is needed, and that fragmentation, i.e., special legal solutions for different IP rights, should be avoided, if possible. Where then do business models enter the scene? We think that the more flexible the legislation is, the more space there is for enterprises to develop their business ideas and models and thereby create earnings.

Legislation usually lags behind, so development should be guided by business development. Exaggerations should of course be avoided, but that also concerns a continuous strengthening of the protection.

Flexible legal solutions should take better account of future innovations. To look into the future is not the foremost area of competence of the legislator, but not of most other professionals either. Any business operator should always have the development of a distinctive trademark in mind.

Max Oker-Blom is secretary general at ECTA. He is also an adjunct professor at the Hanken School of Economics in Helsinki, Finland. Oker-Blom previously worked for almost two decades as senior vice president, legal, at Fazer Group, a Nordic food service group of companies. He is a past president of ECTA. He can be contacted at: max.oker-blom@hanken.fi