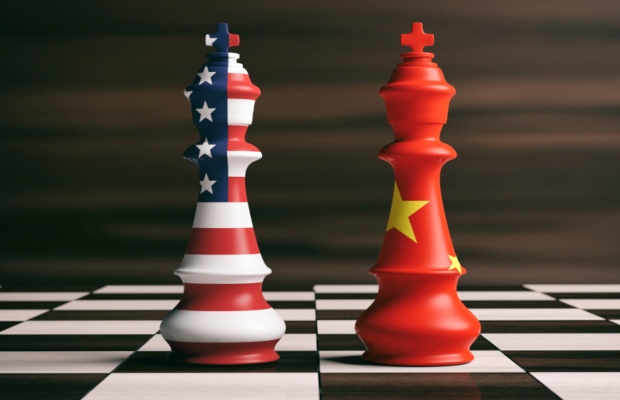 A Republican senator has introduced legislation intended to prevent Chinese companies that refuse to pay patent-related fees for the use of mobile technologies from selling their products in the US.

James Inhofe, a senator from Oklahoma, introduced the bill to the Senate on Monday, January 25.

On his website, Inhofe said that many Chinese companies sell devices in the US. These products contain wireless technologies protected by US patents, and the Chinese developers “are refusing” to pay licence or royalty fees to use them.

According to Inhofe, this will lead to free-market companies falling behind China. China will then gain control of 5G technology being sold worldwide and of the standards used in wireless devices (through standard-essential patents—SEPs).

Inhofe said: “The Chinese Communist Party has a long history of challenging the US in all areas—military, economy—but also in stealing what they cannot build themselves. Allowing Chinese companies to continue to take American-patented wireless technology without paying the royalties is wrong.”

“Worse, without holding China accountable for the theft, it risks the future of American technology companies. No longer. This legislation will send a clear message to China: there will be consequences for theft of US IP,” he added.

According to Inhofe, the government “needs a bigger stick to hold bad actor companies accountable”.

He said that resolving disputes through the federal district courts or at the US International Trade Commission can take decades, and this delay allows bad actor companies to continue stealing the royalties owed to patent owners.

In Inhofe’s opinion, the “stick” that the government needs comes in the form of a new watch list dedicated to foreign companies which violate IP in this way. The watch list will be maintained by the Secretary of Commerce.

Companies on the list will be given one year to engage in negotiations with the patent owners to determine an appropriate licence fee or royalty rate.

If the bad actor companies refuse to comply, they will be barred from selling their wireless devices in the US. If they engage in the process and pay the required fees, they will no longer be considered as bad actors and they will be removed from the watch list.

The protection of SEPs is central to the bill. Foreign entitles which use, without a licence, a claimed patent-protected invention which is essential for the implementation of a wireless communications standard will be added to the watch list.

Crucially, in Inhofe’s bill, only foreign bad actor companies will be targeted by the new law; American businesses will not be included on the watch list.

The preamble to the 14-page ‘Protecting American Innovation and Development (PAID) Act’ introduces the Bill as follows: “To ensure the continued strength and leadership of the US in the research and development of key technologies for future wireless telecommunications standards and infrastructure by providing additional authority for sanctions against certain foreign entities that pose a threat to national security, and for other purposes.”

After being read twice on Monday, Inhofe’s bill was referred to the Senate Committee on Finance.

The US and China have been in a so-called trade war since 2018, which was partly fuelled by America’s allegations of unfair trade practices, IP theft, and technology transfer.

In January 2020 the countries entered the first phase of a deal to bring an end to the trade way, but evidently, tensions remain.