US and China join forces on IP enforcement operation 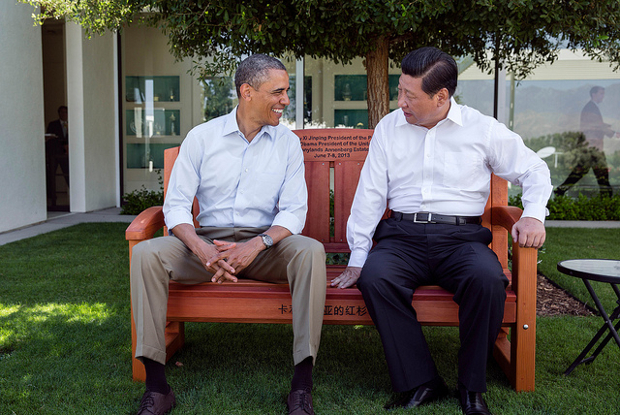 The Sino-US partnership resulted in the seizure of thousands of counterfeit goods. (Official White House Photo by Pete Souza) / flickr.com

Border enforcement agencies in the US and China have teamed up for the first time, seizing hundreds of thousands of counterfeit products.

The US Customs and Border Protection (CBP) hailed the month-long collaboration with the General Administration of Customs, China (GACC) and revealed more than 200,000 products had been seized.

Counterfeit products featuring popular trademarks such as Apple, Samsung, Sony, Beats by Dr.Dre and Blackberry were all included.

“The theft of IP is a global problem and cross-border efforts are needed to fight it,” explained CBP acting commissioner, Thomas Winkowski.

“CBP looks forward to a continued partnership with the GACC in confronting this critical trade issue.”

Zou Zhiwu, vice minister of the GACC, added: “The success of this joint operation fully proves that earnest and effective cooperation across the border is needed to curb the movement of counterfeit products.”

The operation, which finished on July 31, also resulted in the arrest of a US citizen who repeatedly imported counterfeit Beats by Dr. Dre headphones, which he then sold on online advertisement and shopping website Craigslist.

Edward Chatterton, partner at DLA Piper LLP, in Hong Kong, welcomed the cooperation between the countries as “obviously good news”.

However, he added that while the size of the seizure was impressive, it represented merely “a drop in the ocean” of counterfeits flowing from China around the world.

“It is interesting to note that the one arrest relating to the whole operation was of an end seller in the US who had been selling products through Craigslist. There was no mention of the masterminds behind the manufacture of the counterfeits, almost all of whom come from China,” he said.

The operation fulfilled a commitment between the agencies to cooperatively produce IP enforcement results by the time of the latest Strategic & Economic Dialogue (SED) between the two countries, which took place last week in Washington, DC.

At the meeting, both the CBP and GACC committed to further cooperation and additional operations.