The Spectator gears up for transatlantic TM case 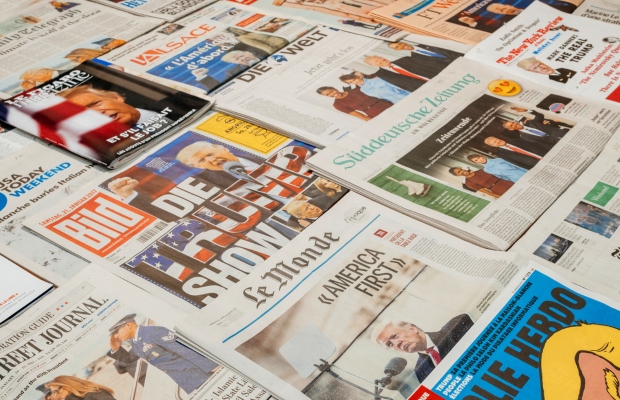 UK political magazine The Spectator has published a rebuke of a trademark suit launched against it by a US conservative publication.

The UK title, the oldest English-language magazine, is being sued by The American Spectator Foundation for trademark infringement and unfair competition regarding the name of The Spectator’s US versions.

The American Spectator Foundation filed a complaint with the United States District Court for the Eastern District of Virginia in September 2020, seeking damages and a corrective advertising campaign from The Spectator’s holding company Press Holdings Media Group.

The filing claims that the ‘The Spectator US Edition’ and ‘Spectator USA’ are similar in sound, meaning and appearance, and create the same commercial impression as the ‘The American Spectator’ mark.

Also, the complaint alleges that the products and services offered by both parties are “aimed at US consumers that have an interest in news and politics, a significant portion of which tend to be conservative”.

The motion to continue the rule was passed on January 29 and legal counsel for The Spectator is expected to appear before the US Court of Appeals for the Second Circuit on February 17.

“Despite actual knowledge of The American Spectator's long history in the US and familiarity with the content of its magazine, other publications and website, Media Group adopted the marks ‘The Spectator US Edition’ for its printed publication distributed in the US and “Spectator USA” for its website targeting the US market,” said the filing.

In response to the complaint, The Spectator published a statement addressing the situation on February 2.

The magazine claimed it enjoyed an amicable relationship with The American Spectator and its founding editor Robert Emmett Tyrrel Jr and that they had even discussed the plans to launch in the US ahead of time.

The statement quotes Andrew Neil, chairman of The Spectator: “The American Spectator seems to believe it has dominion over the word ‘spectator’ in the US. Given our distinguished history in Britain and America, our worldwide fame as The Spectator magazine—the oldest in the world—and the prevalence of other magazines with ‘spectator’ in their titles, we find that claim not only wrong but absurd.’

The American Spectator has not publicly responded to the statement.

Child car seat manufacturers battle over patents in US suit