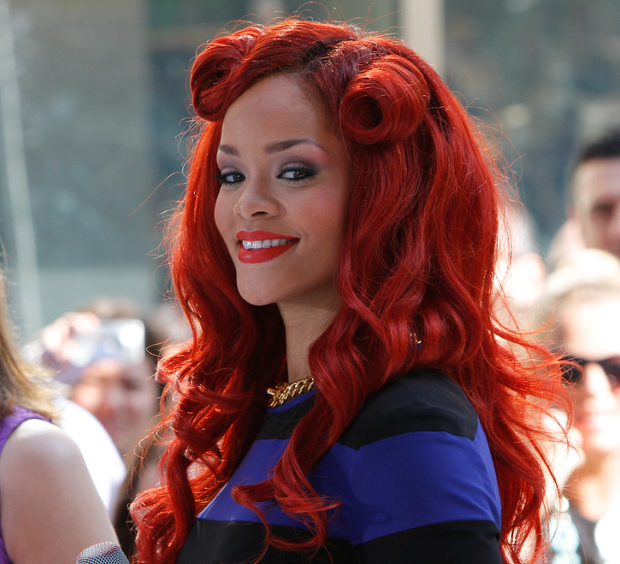 A UK court has ruled in favour of pop star Rihanna in her dispute with retailer Topshop over T-shirts carrying her image.

The singer accused the clothing store of passing off and claimed people might think the T-shirt had been approved by her when it had not.

Suing under her real name, Robyn Rihanna Fenty, the Barbadian began legal proceedings last week, claiming she was entitled to $5 million (£3m) in damages from the Arcadia Group Brands, which manages Topshop.

The image in question was taken in 2011 by a freelance photographer. Topshop acquired the photographer’s permission to use it but Rihanna’s lawyers claim it did not get permission from her.

The T-shirt shows Rihanna wearing a white bra top. As well as being used without her permission, she claims it is similar to her album cover Talk that Talk.

Making his judgement at the High Court, Mr Justice Birss wrote that putting a famous face on a T-shirt would not usually constitute passing off but ruled against Topshop because consumers were likely to buy the product if they thought it was endorsed by Rihanna.

“Many will buy a product because they think she has approved of it. Others will wish to buy it because of the value of the perceived authorisation itself. In both cases they will have been deceived,” he wrote.

Jason Rawkins, head of the fashion group at Taylor Wessing LLP in London, agreed and said he was “unsurprised” by the judgement given Rihanna’s history in the retail and clothing industry.

“As well as being a famous singer and celebrity, Rihanna is heavily involved in the fashion world. She has had her own line at rival store River Island, and in the past has done collaborations with H&M and Topshop itself. Also Topshop does collaborations with celebrities as well. All of this led the court to find that people will have been misled when buying the product and assumed it was endorsed by her,” he said.

“Had this been an independent retailer or a market stall trader it could easily have not gone in Rihanna's favour."

Claiming sales of the T-shirt would be damaging to the singer’s “goodwill,” Birss wrote, “For one thing it amounts to sales lost to her merchandising business. It also represents a loss of control over her reputation in the fashion sphere.”

Sarah Byrt, IP partner at Mayer Brown LLP, in London, said the ruling sent out an important message to all artists looking to maximise revenues through official endorsements.

“The judge was at pains to make it clear that not every T-shirt with a famous face on it will fall foul of the law, but when an artist has a lot to lose (Rihanna is positioning herself as a serious fashion designer and has a merchandising deal worth millions), they have every incentive to sue. Stores using this kind of image then do so at their peril,” she said.

Referencing a 1977 case involving Swedish pop-group ABBA (Lyngstad V Anabas), in which the band failed to stop a T-shirt with its image on being sold, Rawkins said the High Court ruling signified a change in times.

“It has become much more prevalent for musicians and other celebrities to license their image for clothing and other products,” he said.

“Arguably people are now so used to celebrities licensing their image that when they see the person's image on a t-shirt, they are always likely to believe it is authorised."

Birss’ ruling did not make an assessment of damages.

Rihanna victorious in second round of image battle
22-01-2015