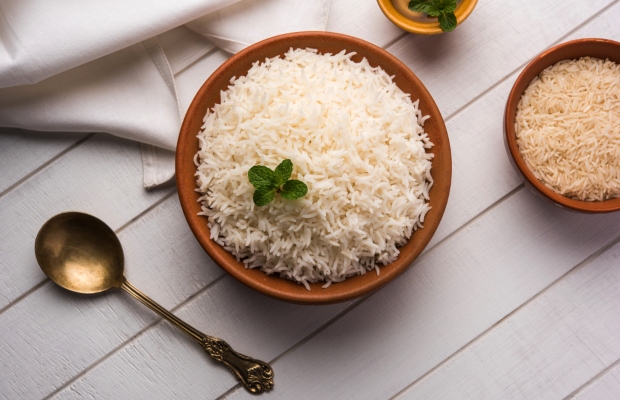 India has filed applications for the registration of Basmati rice as a geographical indication (GI) in 19 jurisdictions amid criticism from Pakistan and Nepal, with protection already granted in the UK.

India’s minister of state for commerce and industry Hardeep Singh Puri announced the development to India’s parliament in a letter on Wednesday, March 10, according to a report in the Times of India.

Hardeep confirmed that the GI mark for ‘Basmati’ and its logo have been registered in four countries, including the UK, South Africa, New Zealand and Kenya.

The GI sign is used for products with a specific geographical origin that have qualities based on natural factors within their place of origin.

In September, India filed an application for the GI tag in the European Union's (EU) Official Journal, so it could claim exclusive ownership over the product in the EU.

The application stated: “‘Basmati’ is a special long grain aromatic rice grown and produced in a particular geographical region of the Indian sub-continent. In India, this region is a part of northern India, below the foothills of the Himalayas forming part of the Indo-Gangetic Plains.”

It further added: “In India, ‘Basmati’ is grown and produced in all districts of the states of Punjab, Haryana, Delhi, Himachal Pradesh, Uttarakhand, as well as in specific districts of western Uttar Pradesh and Jammu & Kashmir.”

In February, the Rice Exporters Association of Pakistan (REAP) submitted a reasoned statement to the EU after submitting the notice of opposition to India’s claim over Basmati in December, according to Indian news outlet, The Dawn

After reviewing both of these documents, the European Commission (EC) declared the notice of opposition and the reasoned statement of REAP admissible on March 5, making REAP a party to the case.

Back in October, Pakistan first confirmed plans to challenge India's claim for Basmati rice in the EU.

In December, Nepal joined Pakistan in opposing India’s application for a GI for Basmati Rice in the EU, creating the first IP dispute to involve all three south-Asian countries.

According to blog, Spicy IP, Nepal cited three reasons for its opposition to India’s application, namely that Basmati is grown and consumed traditionally in Nepal; Nepal has worked extensively with national and international scientists since 1965 to develop different varieties of rice; and that Basmati has social and cultural ties with the Nepalese communities.

In January, Pakistan attached a GI status to its Basmati to help Pakistan contest India’s claim of exclusive rights,

Like Pakistan, Nepal has also claimed a GI right on Basmati in the EU but the country still protects its GIs under its trademarks law as the country does not have a GI regime in place.

Following the opposition to India’s EU application, the negotiations between the parties will last until May 6, 2021. In this pre-trial phase, parties are encouraged to reach an amicable solution, The Dawn reported.

If no settlement is reached, the next stage of the dispute will be taken to a  tribunal of the directorate-general for agriculture and rural development at the EC.