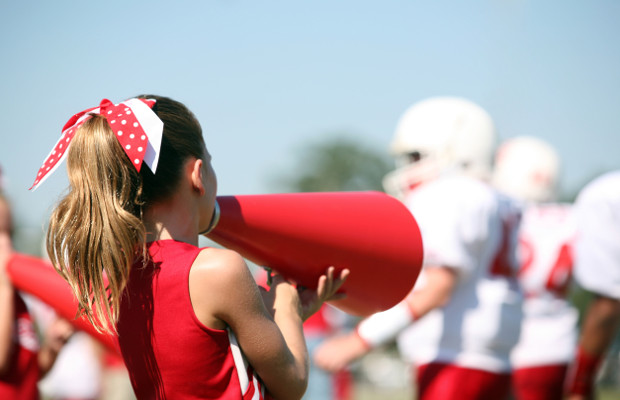 Decorative elements of a cheerleading uniform may be protected by copyright law, according to the US Supreme Court.

In a 6-2 decision handed down today, the court backed Varsity Brands in its dispute with clothing company Star Athletica.

Varsity, which produces athletic gear, had sued Star Athletica, claiming that cheerleader uniforms sold by Star Athletica were “substantially similar” to its own.

In May last year, the Supreme Court agreed to hear the case and answer the following question: “what is the appropriate test to determine when a feature of a useful article is protectable under section 101 of the Copyright Act?”

The Supreme Court granted certiorari to “resolve widespread disagreement” over the proper test for implementing section 101.

Under section 101, “useful” articles are eligible for copyright protection as artistic works if those features “can be identified separately from, and are capable of existing independently of, the utilitarian aspects of the article”.

The court held that a feature incorporated into the design of a useful article is eligible for copyright protection if it satisfies two grounds.

First, that the feature can be perceived as a 2D or 3D work of art separate from the useful article.

Second, that the feature would qualify as a protectable work—either on its own or fixed in some other tangible medium of expression—if it were imagined separately from the useful article into which it is incorporated.

In the dispute before the court, Justice Thomas, on behalf of the court, said that the two-part test was satisfied in this case.

“Applying the proper test here, the surface decorations on the cheerleading uniforms are separable and therefore eligible for copyright protection,” said Thomas.

Thomas added: “Imaginatively removing the decorations from the uniforms and applying them in another medium also would not replicate the uniform itself.”

Justices Breyer and Kennedy dissented, explaining that while they agreed with much in the court’s opinion, they didn’t agree that the designs Varsity Brands had submitted to the US Copyright Office are eligible for copyright protection.

They claimed that the decorations are ineligible for protection because, when “imaginatively extracted”, they form a picture of a cheerleading uniform.

John Bursch, founder of Bursch Law and representative of Star Athletica, said his client is “obviously disappointed with the result and believes that Justices Breyer and Kennedy had the better of the argument”.”

He added that today’s ruling is not the end of the litigation, as the US District Court for the Western District of Tennessee must still determine whether the designs are original. If they are not, the designs are not valid.

“And on that issue, there is evidence in the record that the five designs were copied by Varsity. The end result is still likely to be a rejection of Varsity’s claim for a century of copyright protection for its cheerleading uniform designs,” said Bursch.

Jeff Webb, founder and chairman of Varsity Brands, said: “Today’s favourable ruling represents the culmination of years of hard work to protect our original design, and we are of course gratified by the outcome and what it means for our business.”

He added that the company was honoured to serve as an advocate and fighter for the “basic idea that designers everywhere can create excellent work and make investments in their future without fear of having it stolen or copied”.