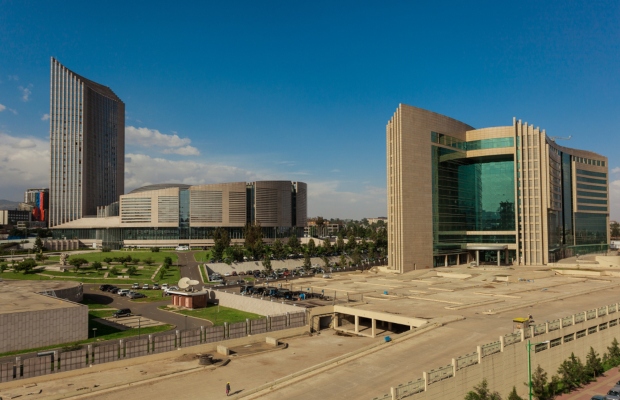 The African Union (AU) has unveiled plans to tackle counterfeits across the continent, with the support of the Saudi-backed Future Investment Initiative (FII).

The plan will apply across the African Continental Free Trade Area (AfCFTA), a 54-country agreement brokered by the AU which came into effect in 2019.

Described by the AU as an “historic effort and opportunity”, the partnership will employ the services of Swiss firm OriginAll, which operates a platform for tracing the authenticity of goods.

According to the AU, OriginAll’s African team will provide a “single window” for businesses, governments, and consumers to verify the authenticity of any product sold within the AfCFTA.

“Counterfeiters and illicit traders have been taking advantage of our continent for centuries, depriving our nations from substantial revenues, fostering corruption and costing the lives of hundreds of thousands of African citizens every year,” said Wamkele Mene, AfCFTA secretary general.

“This can no longer be tolerated, it needs to stop, and it must stop now. We must put our national interests and the safety of African citizens first,” Mene added.

The partnership was announced at FII, an investment conference hosted by Saudi Arabia’s Public Investment Fund (PIF) in Riyadh this week.

It is the latest in a series of high-profile efforts by the Kingdom to improve IP enforcement, following a bruising international legal battle with Qatar and regional sports broadcaster BeIN Media.

The World Trade Organization (WTO) found last year that Saudi Arabia had violated the TRIPS Agreement by failing to take action against pirate broadcaster beoutQ, which Qatar alleged was based in the Kingdom and had the backing of the government.

Saudi Arabia has since announced a series of anti-piracy and anti-counterfeiting initiatives, including a plan for the country’s TV regulator to enforce IP rights.

Speaking at FII this week, OriginAll CEO Hans Schwab praised the “visionary leadership of the Kingdom of Saudi Arabia” in the joint effort to tackle counterfeits across Africa.

“We all share the blame for letting this problem get out of control and losing visibility over its complexity and have a joint responsibility to address this global economic and social disease,” Schwab said.