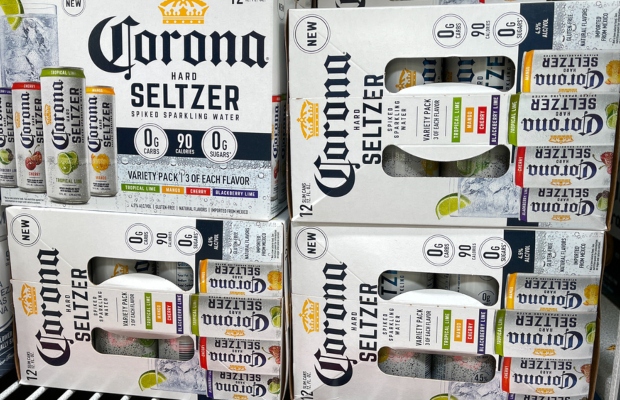 The lawsuit, filed on Monday with the Southern District of New York, accuses the US company of violating licencing agreements by using the name ‘Corona’ in the branding of its seltzer released last year.

AB InBev acquired Grupo Modelo in 2013, selling off its US business to Constellation, including the rights to its Corona brand, but kept rights for Corona distribution in all other markets.

Grupo Modelo claims that Constellation violated the terms of the agreement regarding the use of the brand name by creating a non-beer, Corona-branded product.

The sublicense gave Constellation the rights to use the Corona brand in both Guam and the US. But according to the complaint by Grupo Modelo, the brand usage was limited to beer, ale, porter, stout or malt beverages.

“Constellation has and continues to profit from its misconduct. By October 2020, Constellation boasted that ‘Corona Hard Seltzer [had] become one of the most successful new product launches in our company’s history,” the complaint said.

“That success merely serves to underscore the value of the Corona brand, and the damages that Modelo has suffered as a consequence of Constellation’s improper conduct.”

Constellation released a statement on the lawsuit saying it found the claims that Corona Hard Seltzer was not classified as a beer “completely without merit,” according to the Chicago Tribune.

“We will vigorously defend our rights under our sublicense agreement and applicable law, and we look forward to continuing to build momentum for the Corona Hard Seltzer brand for many years to come."

Constellation launched the Corona Hard Seltzer in February 2019. It delivered great returns, with Constellation revealing in October the same year that it had gained a 6% market share in the seltzer market.

Prior to this case, AB InBev was locked in a public legal dispute with Heineken over beer dispensing technology. Heineken called upon the US International Trade Commission to launch an investigation into AB InBev in 2018 concerning potential patent infringement.

Heineken prevailed in the case, with US trade officials barring AB InBev from importing beer dispensers found to infringe on Heineken’s patents.