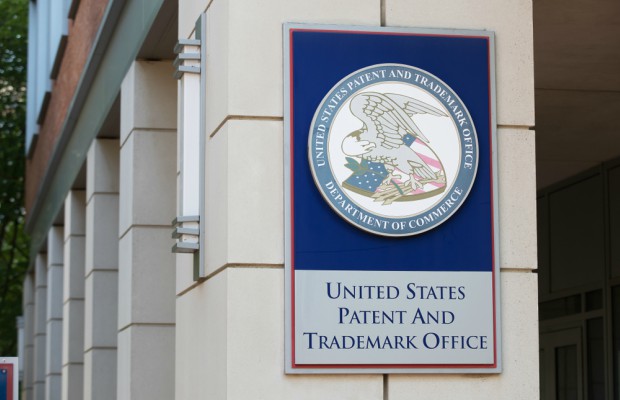 In mid-October 2019, the United States Patent and Trademark Office (USPTO) updated its patent eligibility guidance (PEG) published in January 2019. The update does not change the guidance, but simply offers clarifications invited by public responses to the January guidance.

The 2019 PEG, originally released on January 7, 2019, marked a shift in US Patent Office’s review process, generally leading to increased allowance of patent applications facing scrutiny under 35 USC § 101 (subject matter eligibility) in view of the US Supreme Court’s decision in Alice Corp Pty Ltd v CLS Bank Int 'l, 573 US 208, 215-17 (2014) (Alice). The October PEG Update does not change the 2019 PEG. Instead, it provides additional clarification as to its application and scope.

The USPTO provided the October PEG Update in response to public comments to its 2019 PEG. The 2019 PEG changed the procedure by which examiners are to assess patent eligibility. Specifically, the 2019 PEG split step 2A of the USPTO’s subject matter eligibility analysis into two prongs (‘Prong One’ and ‘Prong Two’). The Step 2A analysis determines whether a given invention is “directed to” a patent ineligible abstract idea. An overview of the 2019 PEG, including a description of how the USPTO now analyses claims for subject matter eligibility under the Patent Office’s newly revised step 2A, may be found in our previous postings here and here.

The October PEG Update clarifies the following five aspects of the 2019 PEG analysis:

The below sections provide highlights of each aspect.

(1) Evaluating whether a claim “recites” a judicial exception

Thus, according to the October PEG Update, a judicial exception that is “described” in a claim would have broader implication than one that is “set forth.”

The October PEG Update clarifies that the USPTO has shifted away from a previous case-comparison approach that required examiners to analyse subject matter eligibility of claims in view of Supreme Court and Federal Circuit decisions to determine whether a claim is directed to an “abstract idea”.

Instead, the October PEG Update emphasises that examiners should, under Step 2A, Prong One, determine whether the claim falls into one (or more) of three enumerated groupings of abstract ideas (as provided below). 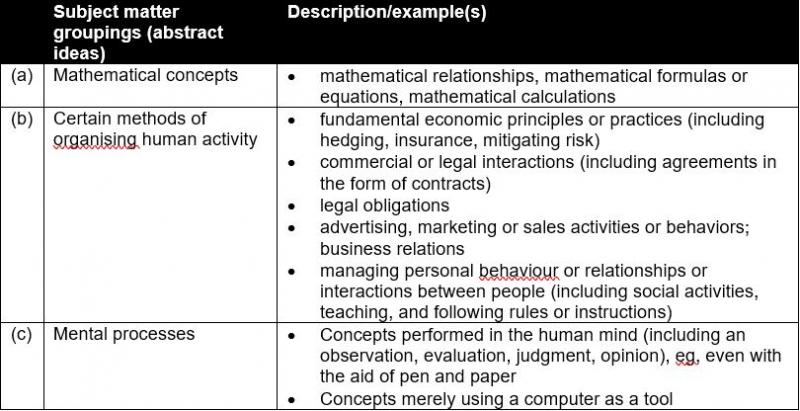 If an examiner determines that a claim recites an abstract idea, but falls outside the enumerated grouping, the examiner is required to bring the application to the attention of his or her technology center (TC) director.

The October PEG Update clarifies that a claim “integrates a judicial exception into a practical application” (and, is thus not abstract) when the claim exhibits one or more of the following:

Importantly, the October PEG Update emphasises that the examiner must consider the claim “as a whole,” when making the determination as to integration of a “practical application.

To reject a claim for lacking subject matter eligibility, the 2019 PEG requires an examiner to establish a prima facie case, considering the claim as a whole, and providing evidence under each step (ie, Step 1, Step 2A, Prongs One and Two, and Step 2B, as discussed below) of the 2019 PEG. Step 1 involves a determination of whether the claim falls within a statutory category of 35 USC § 101 (process, machine, manufacture, or composition of matter), and is rarely disputed.

First, under Step 2A, Prong One, an examiner must identify “what is recited” (ie, “set forth” or “described”) in the claim and “explain[] why” it is considered to be an exception. There is no requirement, however, for the examiner to provide further support, such as publications or an affidavit or declaration under 37 CFR 1.104(d)(2), for the conclusion that a claim recites a judicial exception.

Finally, under Step 2B, the examiner should “explain why” the additional elements, taken individually and in combination, do not result in the claim, as a whole, amounting to significantly more than the exception. For instance, when the examiner has concluded that certain claim elements recite well-understood, routine, conventional activity in the relevant field, the examiner must expressly support such a rejection in writing with one of the four options specified in Section III.A. of the Berkheimer Memorandum.

If an examiner has established a prima facie case, with the proper analysis and evidence as provided above, then the burden shift to the applicant to demonstrate subject matter eligibility of the claim. See also MPEP § 2106.07.

In addition, if an applicant amends a claim, examiners should determine the amended claim’s broadest reasonable interpretation and again perform the subject matter eligibility analysis to determine whether a prima facie case exists as to the amended claim.

The October PEG Update emphasises that, while the 2019 PEG does not constitute substantive rulemaking and does not have the force and effect of law, the 2019 PEG does constitute Office guidance and, accordingly, USPTO personnel are expected to follow it. This applies to examiners and, presumably, to administrative patent judges (APJs).

Nonetheless, the October PEG Update provides a cautionary statement as to the application of the PEG 2019 during appeals. In particular, during an appeal to the Patent Trial and Appeal Board (PTAB), an applicant may rely upon the 2019 PEG in support of his or her argument that a rejection under § 101 is in error. However, the October PEG Update emphasises that it is the rejection under § 101, and not any alleged failure to comply with the procedure aspects of the 2019 PEG, that is reviewed by the PTAB.

Thus, the October PEG Update recognises the limitations of the 2019 PEG as guidance (and not substantive law).

Because of this, the October PEG Update encourages Applicants, before appealing to the PTAB, to employ other courses of action available, such as engaging an examiner to obtain prompt resolution of any outstanding subject matter eligibility rejection or issues of compliance with the 2019 PEG. These may include requesting an interview, contacting the Supervisory Patent Examiner, or filing pre-appeal brief review request to address subject matter eligibility concerns.

The October PEG Update also provided four new examples (Examples 43 to 46) demonstrating application of the 2019 PEG to hypothetical inventions. The hypothetical inventions provide examples of patent eligible, and patent in-eligible, claims reciting various technologies including a method for treating kidney disease, a dosage unit comprising denveric acid, a controller for use in injection molding, and a computerised system for livestock management.[1]

The October PEG Update further provided an updated case law chart that lists selected eligibility cases from the US Supreme Court and the US Court of Appeals for the Federal Circuit. The case law chart seems akin to the “quick reference” sheet that the Patent Office previously used before the PEG 2019 Guidance.

Ryan Phelan is a partner at Marshall, Gerstein & Borun. He is a registered patent attorney who counsels and works with clients in intellectual property (IP) matters, with a focus on patents. Mr. Phelan focuses on results for his clients in legal areas such as patent protection and procurement, patent portfolio development and management, infringement and invalidity opinions, intellectual property litigation and post-grant proceedings at the United States Patent and Trademark Office (USPTO), including Inter Partes Reviews (IPR) and Covered Business Method (CBM) petitions. He can be contacted at rphelan@marshallip.com

Disclaimer: the information contained in this article is for informational purposes only and is not legal advice or a substitute for obtaining legal advice from an attorney. Views expressed are those of the author and are not to be attributed to Marshall, Gerstein & Borun or any of its former, present or future clients.

Out of reach: covenant not to sue moots subject matter jurisdiction
01-05-2013