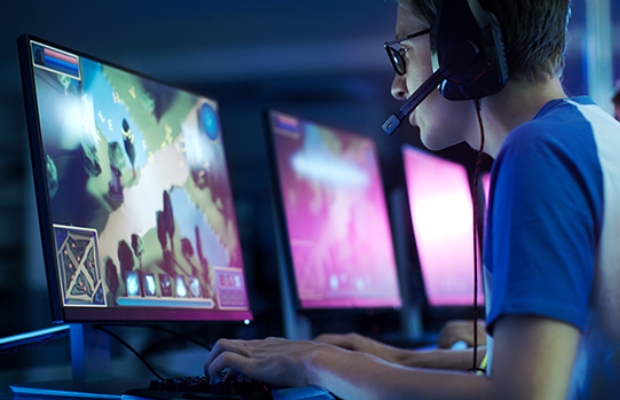 Electronic sports (e-sports) have taken over the world as a new kind of pastime and, as such, they are faced with the not-so-new challenges and opportunities of the related IP assets.

The creative economy has grown significantly, particularly the gaming industry. According to a Newzoo survey, there was a 20% growth in the e-sports audience in the Brazilian market, reaching 21.2 million fans in 2019. Brazil ranks third in the world in number of enthusiastic fans, losing only to the US and China (see footnote 1).

There are different kinds of e-sports, reflecting the variety of games played. Players impersonate mythical creatures, futuristic humans, and many more forms. There are always new games on the market but some of the most popular e-sports have been played for years including, for example: “League of Legends” (LOL, developed by Riot Games), “Overwatch” (developed by Blizzard), and “Counter Strike: Global Offense” (developed by Valve).

E-sports teams play regional, national and even international championships. A notable Brazilian team, Fúria, is currently ranked as the seventh best team in the world, according to HLTV.org (see 2).

The MIBR team, which currently has only Brazilian players, was the champion of 2018’s Zotac Cup Masters. MIBR’s Gabriel Toledo, known by the in-game name “FalleN”, was the most valuable player of the Zotac Cup, and was once MIBR’s captain, or “in-game leader”.

Some Brazilian sports associations have already spotted how e-sports are rentable investments. That is the case of Flamengo’s e-sports team, structured to play LoL, which currently counts among its ranks the notable Brazilian LoL pro-player, Felipe “BRTT” Gonçalves.

Streaming is a huge part of this market. The events are usually streamed in official channels online, but it is not unusual for game companies to do deals to play live events in stadiums and cinemas.

"Teams are not the only entities that could seek trademark protection. Players should also think about trademarking their ‘in-game’ names."

According to Statista.com, e-sports might generate a revenue of $1.5 billion dollars worldwide (see 3). However, there is some resistance to considering e-sports as ‘real’ sport.

The role of the entertainment lawyer in this scenario is essential, because a 360-degree view of the e-sports business has to encompass the protection of IP rights and personality rights, as well as other applicable laws. These include labour law; tax law; childhood and youth law; civil and contract law.

Brands such as Red Bull, Lupo, Netflix, Sky and Gillette are sponsoring e-sports organisations (see 4), which highlights the necessity of specialised professionals intermediating the transactions and agreements, granting more legal certainty to the deals.

E-sports teams usually file their trademark for their main activity in Nice Classification class 41, under entertainment and sports. It would not be a surprise, however, if those teams invested in expanding their market, which would mean filing trademark applications for other classes to cover derived products.

Teams are not the only entities that could seek trademark protection. Players should also think about trademarking their ‘in-game’ names, as they could be considered pseudonyms, and possibly gain access to a whole new market. Brazilian tennis world champion, Gustavo Kuerten, has trademarked the shorter version of his name (‘Guga’); his 11 registered trademarks are owned by the Guga Kuerten Company.

The e-sports industry has real issues that must be handled, but should e-sports be considered the same as professional sports and the gamers as athletes?

This is a controversial point in Brazil. In our view there are provisions in the article 217 of the Brazilian Federal Constitution and in article 1 and its paragraph 2 of the Brazilian Sports Law (Law no. 9.615/1998, popularly called “the Pelé Law”) to consider e-sports as an informal and unprofessional sports practice.

There is a bill under discussion in the Brazilian Congress that aims to declare e-athletes as athletes (see 5) and consequently, e-sports as an official sport regulated under the Pelé Law. If the bill passes, there will be a legal protection for the name or sporting name of the professional athlete (article 87), which will be valid throughout the national territory, indefinitely, without the need for filing a registration at the Brazillian patent and trademark office—although it is highly advisable for licensing purposes and business expansion.

Also, the Pelé Law regulates sports compensation clauses (in its article 28[I], paragraphs 1 and 2) which, if they exist, are bound only by the contract itself.

Another important right regulated by the Pelé Law is the arena right, which is a sport company’s exclusive right to negotiate the transmission of images and videos of the matches. Sports companies have to pay a percentage of the revenue of the arena rights to the unions of professional athletes, which then distribute this amount equally between the professional athletes who participated in the game.

The Pelé Law is not the only Brazilian law applicable to sports. In December 2018, Brazil promulgated a law that allows sports gambling in Brazil (Law no. 13.756/2018) and gambling in e-sports—a common feature of this industry—will be heavily affected if the bill regarding the treatment of e-athletes as athletes passes in Brazil.

Regardless of the outcome of the discussions in the Brazilian Congress, e-sports feel like sports already—it only takes attending a live competition event to feel like you are in a sort of technological Maracanã stadium, with crowds rooting for their favourite teams, and group chants. China already considers e-athlete as a profession (see 6) and the US considers them as athletes (see 7). Will Brazil be next on this list?

The virtual aspect of e-sports is limited the arenas in which the games are held, but the rest is very real. The full-time dedication of the e-athletes to their game is similar to athletes in ‘traditional’ sports: special diets and workout routines, media trainings and interviews. E-players in practice are treated like athletes. We are looking at a reality that is being regulated elsewhere in the world and Brazil is catching up.

Paulo Parente M Mendes is a founding partner of Di Blasi, Parente & Associados and has worked in IP for more than 30 years. His IP practice includes handling national and international cases involving trademarks, copyrights, personality rights, entertainment law, sports law and competition law. He can be contacted at: paulo.parente@diblasi.com.br

Daniela Camara Colla is an attorney at law at Di Blasi, Parente & Associados. She has over 14 years of experience on issues involving copyrights, personality rights, and entertainment law. She can be contacted at: daniela.colla@diblasi.com.br

Rodrigo Cantarino is an attorney at Di Blasi, Parente & Associados. He focuses on law and technology, cybersecurity and data privacy. He can be contacted on: rodrigo.cantarino@diblasi.com.br