US jurisdiction report: The patent portfolios of pot 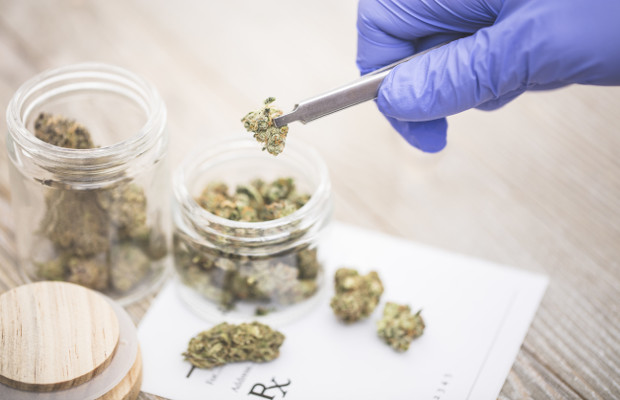 Few would have imagined a decade or two ago that an industry supporting legal marijuana use in the US would be expected to exceed more than $20 billion by the end of this decade. Yet here we are, with a majority of states now allowing the medical use of cannabis. Some states now also permit the recreational use of pot.

Of course, as in most other industries, there will always be enterprising individuals and corporations seeking to create proprietary monopolistic rights utilising the US patent system. There will also be increasing efforts to build patent portfolios that are designed to give competitive advantages to those who create novel patentable chemical cannabis combinations.

"There will also be increasing efforts to build patent portfolios that are designed to give competitive advantages to those who create novel patentable chemical cannabis combinations."

It would not be surprising if cannabis patent litigation wars were to develop involving those with IP portfolios and those accused of, and willing to defend against claims of, patent infringement.

At the US Patent and Trademark Office (USPTO) website, www.uspto.gov/, from a quick search for US patents that include the term “cannabis” in their title, 45 issued patents will pop up. These patents cover diverse topics such as methods and apparatus for processing herbaceous plant materials; a cannabinoid transdermal patch delivery system; medical cannabis lozenges; the breeding of cannabis plants; devices for using cannabis vapours; method of modifying tetrahydrocannabinol (THC, the psychoactive component) content in a lipid-base extract of cannabis; and a sustainable aquaponics system and method for growing medical cannabis. The same type of search for US patent applications that have been published discloses 143 publications.

Utility patents the way to go

Much has been written about US patent number 9,095,554, whose inventors are Mark Anthony Lewis et al. It was granted to BioTech Institute on August 4, 2015, and is titled “Breeding, production, processing and use of specialty cannabis”.

Attorney Cynthia Hardman of the Goodwin Procter law firm, a leading and respected author who has focused on cannabis patents, believes that this pioneering utility patent will encourage cannabis growers to seek utility versus plant patent protection for new and novel cannabis plants.

There is no question that utility patents offer a far wider scope of protection than their plant patent cousins. Plant patents were first granted in 1931 in the US. The first recipient of a plant patent, Henry Bosenberg, was granted his patent for a climbing ever-blooming rose.

Under the US patent law governing this area, the Plant Variety Protection Act, a plant patent is granted for the manmade novel and distinctive asexual (non-seed) reproduction of a plant. This is in contrast to plants that exist in nature.

Utility patents have been granted for elements of plants, including buds, pollen, fruit, proteins, and plant-based chemicals.

A challenge exists in the form of the federal classification of marijuana as a schedule I drug under the Controlled Substances Act. This act reflects the current federal government’s position that cannabis has a high potential for abuse, and that the drug has no accepted medical use.

This author, who has endured multiple successful chemo and radiation treatments that cured his throat cancer, can attest to witnessing clear and unquestionable benefits from the use of cannabis by fellow patients to lessen and modify treatment side-effects. There should be no question that inventions in this area will be novel, useful and non-obvious under the US patent laws.

Another challenge facing those pursuing cannabis patents, as well as USPTO examiners charged with examining their underlying patent applications, has to do with the dearth of published prior art that may have bearing on the validity of resulting patents.

It is much like the early days of the granting of software patents, when there were many early and prior unpublished uses of software for inventions whose patent applications were examined for patentability at the USPTO.

Examiners were in those days faced with a similar dearth of published prior art, with the result that many patents of questionable validity were granted. Only in well-financed patent litigation defences will such presumptively valid patents be invalidated.

In view of the foregoing challenges and opportunities, those who create and build cannabis-related patent portfolios will probably sit back, light up, and enjoy the fruits of promising future revenue streams.