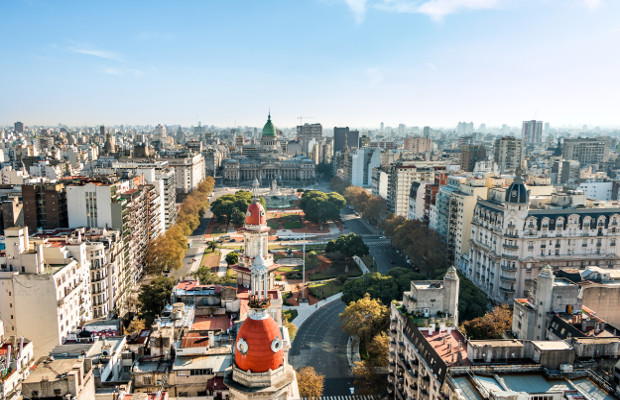 The past two years have seen some important changes to IP protection in Argentina, and there are more on the way, as Dámaso Pardo, President of the Instituto Nacional de la Propiedad Industrial, explains to Aislinn Burton.

Argentina has taken a number of steps toward updating its IP system under the government of President Mauricio Macri, who took office on December 10, 2015. President Macri’s administration aims to make the country more attractive for international trade, including by improving IP protection.

In 2016, the Instituto Nacional de la Propiedad Industrial (INPI) embarked on a four-year Strategic Plan to modernize the office, promote global integration, and develop electronic platforms. Leading these changes is Dámaso Pardo, who was appointed INPI’s President in June of that year. Previously, he was an IP lawyer in private practice. “The new government has increased efforts to strengthen the effective protection and enforcement of IP rights through the adoption of new regulations and procedures, the promotion of international cooperation, and the introduction of legislative proposals and other initiatives,” says Mr. Pardo.

The most significant improvements include the Presidential Decree 27/2018, issued by President Macri in January 2018. It aims to reduce the time and cost of public administration procedures, including those affecting IP rights. The new Decree is currently in force; however, INPI is still in the process of drafting detailed regulations to implement the decree.

In March, INTA submitted comments on the proposed regulations via its Legislation and Regulation—Latin America and Caribbean Subcommittee.

With respect to trademarks, the Decree includes changes to articles of Argentina’s Trademark Law 22.362, such as oppositions and other administrative procedures.

“The main goals of the changes in the articles of Trademark Law 22.362 are to decrease the number of steps that a business or entrepreneurs must go through, making processes simpler, and reducing costs and time,” says Mr. Pardo.

Moreover, applicants are no longer required to file a power of attorney: all that is needed is a sworn statement of the applicant.

The opponent and applicant will have three months to settle an opposition, otherwise INPI will decide the merits of the case; there will be no mandatory mediation or a court procedure. Either party will be able to appeal the INPI’s decision to the Chamber of Appeal of the Federal Court on Civil and Commercial Matters within 30 days.

Other substantial changes concern proof of use and cancellation. Notably, trademark owners will have to file a declaration of use during the fifth year of the term and before the expiration of the sixth year.

The decree also contains important reforms regarding models and designs. Under the proposals, up to 20 applications will be allowed in a single filing, and photographs or electronic reproductions are now allowed instead of formal drawings. Requests for deferment of publication of the registered model for a period of up to six months from the registration date will also be permitted.

Mr. Pardo says all these changes –once fully implemented—should bring more certainty and planning to the launch of new products in the market, given the new time periods and changes in competitive procedures. They will also create a competitive advantage for Argentine entrepreneurs and small and medium-sized enterprises (SMEs) “by [granting] IP rights in accordance with the time that the knowledge economy and electronic commerce demand,” while providing reduced costs and time for entrepreneurs.

He hopes that applications without opposition can be decided in just six months, while cases involving oppositions will take between 12 and 18 months.

"We have had a very positive response from everyone involved in the process."

According to Mr. Pardo, the proposals have been broadly welcomed by users and practitioners. “We have had a very positive response from everyone involved in the process. We organized several meetings with the different IP associations to better explain the new procedures.

Their input was taken into consideration in the implementation of the regulations,” he says.

As well as implementing the reforms, INPI is also focused on becoming what Mr. Pardo calls “a state-of-the-art IP office.”

Mr. Pardo acknowledges that work needs to be done here. “The government has taken significant measures to reduce delays in IP procedures. In 2017, the INPI administration continued its ongoing strategy to properly address concerns regarding administrative delays and pendency times,” he admits.

“INPI has also started making use of new technology for the presentation and handling of applications, which helps simplify and increase the transparency of the whole process, without losing thoroughness in the analysis of application submissions.

“Ultimately, the simplification that results from these improvements means greater legal security and the reduction of an unnecessary burden on citizens,” he adds.

Looking ahead, Mr. Pardo says, the office will focus on digitization, service efficiency, and raising awareness about IP. It will not be doing this on its own. “We believe in the benefits of harmonizing trademark procedures in the region. There are many cooperation efforts toward improving processes, service, and regulatory frameworks.

“Latin American and foreign entrepreneurs will benefit from harmonized trademark procedures in the region. It’s another way of simplifying the IP system for users,” he concludes.