Time to step up for better protection 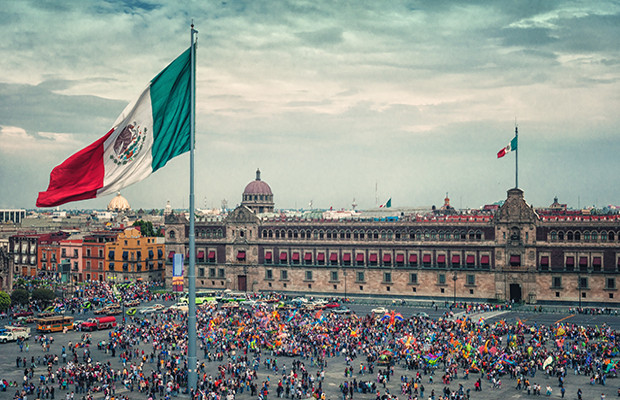 If Mexico approves legislative proposals introducing non-traditional trademarks, it will be necessary to change the country’s system and practice so that they can be legally protected. Emilio Albarran and Victor Adames of Becerril, Coca & Becerril report.

In light of the eventual execution of several treaties such as the Comprehensive and Progressive Agreement for Trans-Pacific Partnership and the ongoing revision of the North American Free Trade Agreement, the possibility of making various changes to the Mexican IP Law to improve the industrial property system has been discussed recently.

One of the most important topics among the several reforms proposed by Mexican legislators contemplates the inclusion of non-traditional trademarks, which would definitively allow IP owners to obtain a more suitable and better protection for their IP rights. Times are rapidly changing and so is technology, and goods producers and service providers have adapted the ways to approach to their consumers. However, the law has not evolved at the same pace in order to keep IP owners protected.

There are now new ways to convince potential purchasers to choose a company’s goods or services instead of the goods or services offered by its competitors. We observe every day that words, logos and 3D marks are no longer sufficient.

The Mexican IP Law recognises protection as trademarks for words, logos, 3D marks, or a combination of them, as they are “visible signs that distinguish products or services from others of the same type or category in the market”.

The range of protection for IP rights regarding trademarks could extend its limits to include non-traditional marks such as product designs or configurations (also known as trade dress), colours, sounds, tastes, among others.

Many jurisdictions around the world are increasingly providing some form of protection to non-traditional marks.

Particularly, in Mexico, some legislators have recently promoted the inclusion of sounds, smells and trade dress within the Mexican IP Law through a bill filed before the congress in January this year.

"The challenge for our country is to establish limits based on the boundaries provided by other nations which have successfully implemented protection for non-traditional trademarks."

This reform is proposing some modifications to our IP Law in order to incorporate some figures such as non-traditional trademarks (including sounds, smells and trade dress) among others.

Furthermore, the proposed reform is inserting the above-mentioned non-traditional trademarks within article 89 of our IP Law which establishes which signs can be considered to be marks. This reform is also proposing to amend the wording of the article 90 to include absolute obstacles for protection based on the new theoretical framework.

In our opinion, it is important for Mexico to include protection for non-traditional trademarks since it will allow the expansion of the scope of protection for Mexican commerce and it will certainly allow companies and/or individuals to have a wider spectrum of action to protect and defend their intangible rights.

The challenge for our country is to establish limits based on the boundaries provided by other nations which have successfully implemented protection for non-traditional trademarks.

Smells are considered to be one of the most important types of memories, and companies and individuals are interested in providing specific and pleasant scents to accompany their goods.

The usual way to obtain registration of a smell mark implies that applicants are able to visually represent the product’s scent and show it is distinctive to identify the product. A bottled sample of the smell could decay over time so that the authorities lose their proof of that registration.

For that reason, it is recommended to display that smell in a visual way. The challenge here is to write down the specific smell instead of the chemical formula for that smell since it seems to represent the composition of the substance rather than the smell of the substance. Therefore, any written description of a smell must be so precise so that the specific smell would not be confused with any other.

For taste trademarks, the graphic representation might be easier since it will be satisfied by using a written description of the taste and an indication that it concerns a taste mark.

A broad definition of trade dress includes “the overall appearance and image in the marketplace of a product or a commercial enterprise.”

“Trade dress” traditionally includes the appearance of labels, wrappers, and containers used in packaging a product as well as displays and other materials used in presenting the product to prospective purchasers.

The design features of the product itself are also sometimes included within the meaning of “trade dress”, although the substantive rules applicable to the protection of product designs differ in some respects from those applicable to packaging and related subject matter.

Trade dress can also include the presentation of services to the public, such as displays and décor.

Experience in other countries

Australia is one of the countries which has amended its trademark system in a way to include non-traditional trademarks. In particular, article 17 of the Trade Marks Act of Australia defines that a trademark is “a sign used, or intended to be used, to distinguish goods or services dealt with or provided in the course of trade by a person from goods or services so dealt with or provided by any other person”.

Specifically, the term “sign” is defined to include “the following or any combination of the following: any letter, word, name, signature, numeral, device, brand, heading, label, ticket, aspect of packaging, shape, colour, sound or scent”.

It means the Australian definition of non-traditional trademarks has been considered to be as broad as possible, allowing applicants to register non-visual signs but also new types of marks combining traditional and/or new types of marks, as long as they provide a description of those combinations.

The Australian Trade Marks Act also states that a trademark must be rejected if it cannot be represented graphically. That means that sound marks should include musical notation consisting of musical elements, while trademarks consisting of non-musical elements must meet the requirement by including a written explanation.

Australia has entrusted the examination of non-traditional trademarks to university professors and other experts where it requires special knowledge on music or art.

In the EU, article 4 of the Council Regulation on the Community Trademark reads: “A Community trademark may consist of any signs capable of being represented graphically, particularly words, including personal names, designs, letters, numerals, the shape of goods or their packaging, provided that such signs are capable of distinguishing the goods or services of one undertaking from those of other undertakings.”

Based on the above, we must guarantee that the signs to be registered are capable of being represented graphically, since they should be eventually recorded and published. Thus, applications for non-traditional trademarks should comply with this formality so they are harmonised with the rest of protected signs.

For example, in the decision in the Sieckmann case (case C-273/00), the Court of Justice of the European Union established the standards for trademark applications stating that the “graphical representation (of a trademark) must be clear, precise, self-contained, easily accessible, intelligible, durable and objective so that the market participants may become aware of the rights of competitors”.

According to the US practice, trademark protection could be defined as “any word, name, symbol, or device, or any combination thereof”. The words key for this definition are “symbol” and “any combination thereof”, since they could be interpreted in a broad sense, allowing protection of movement, hologram, colour without delineated contours, position, sound, smell and others.

It is important to keep in mind that in the US, one of the most important requirements for obtaining protection as a trademark is that it is in use and it has a distinctive character.

Through the US practice, when a non-traditional trademark is not functional but has yet to acquire the requisite distinctiveness, the mark will be registered only on the supplemental register.

Finally, in Germany, traditional as well as new types of trademarks are not defined separately and therefore they could be registered as they can be depicted graphically. For example, if an applicant seeks protection for a sound mark, it should be represented in musical notation and sound recordings. Explanation on sound marks is not essential. Hence, a sound mark can be registered as it satisfies these requirements.

Although in Mexico an applicant interested in a non-traditional mark may find an alternative with copyright or other IP rights, it is very important that the Mexican IP Law regulates the inclusion of non-traditional trademarks in order to keep up with the constant evolution of today’s market and global environment and that trademark owners may have adequate protection of their trademarks.

Mexico has a responsibility to adjust the IP Law in accordance with international standards and take advantage of other countries’ experiences to upgrade the scope of protection for Mexican trademarks in the best possible way.

It is also a challenge to find the correct way to include suitable requirements to complete the graphic representation of non-traditional marks to be in accordance with the nations which have already implemented those types of marks . Close contact with those countries to receive their experience is advisable.

There are a large number of practical cases which must be taken into account in order to improve our system to include non-traditional marks in legislation and practice.

Despite the result of the legislative lobbying, it will be necessary to adapt our system and our current practice so that non-traditional trademarks are considered and protected by the Mexican IP Law.

Emilio Albarran is an attorney at law at Becerril, Coca & Becerril. He works in the distinctive signs department, focusing on registration procedures for trademarks, slogans, commercial names and copyright. He can be contacted at: ealbarran@bcb.com.mx

Victor Adames is an associate at Becerril, Coca & Becerril. As manager of the trademarks department, he focuses his practice on trademarks, copyright, and domain names prosecution in Mexico and abroad. He can be contacted at: vadames@bcb.com.mx