The quest for legal certainty 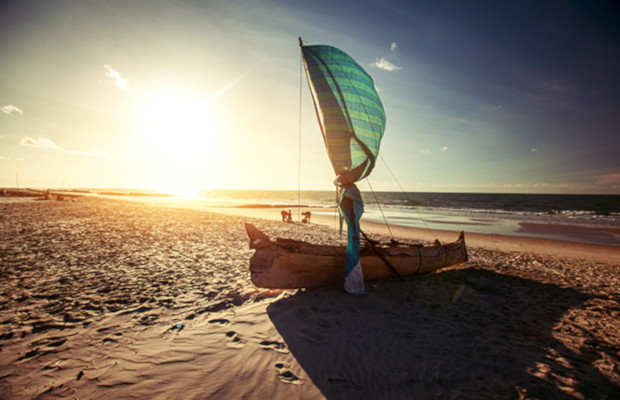 The Mozambique Industrial Property Code (IPC), which has been in force since 2016, provides six main IP rights that any entity may use to protect their distinctive signs in commerce.

The aim of this article is to analyse to what extent these six different rights are necessary and the effects they may produce on Mozambique’s IP system.

Article 1 of the IPC provides definitions of distinctive signs, including:

(g)
Establishment insignia: a sign or set of signs consisting of figures or drawings, individual or combined with names constituting the name of the establishment, or consisting of other denominations or currencies, provided that their combination presents a specific shape or configuration with sufficient distinctive capacity.

(h)
Logotype: a sign composition consisting of figures or drawings, individually or combined, that is suitable for referencing a public or private entity;

(i)
Trademark: any distinctive, manifestly visible, audible or olfactory sign, which is capable of graphic representation and which permits the goods and services of one enterprise to be distinguished from those of another, consisting of words, including personal names, designs, letters, numbers, sounds, product shape or packaging;

(j)
Collective trademark: the distinguishing sign of origin or any other common feature, including the quality of goods or services, of companies, members of an association, group or entity;

(k)
Certification trademark: the sign identifying products and services which, although used by different entities under the supervision of the holder, guarantee the particular characteristics or qualities of the goods or services covered by the trademark;

(m)
Trade names: the trade name, name or expression that identifies a legal or natural person in the course of commercial operations; and

(n)
Establishment names: the designation consisting of proper names, fantasy or specific names, or any other names, which identify and individualise the physical space where economic activity is pursued.

Despite not being provided by the IPC, Mozambican law also protects corporate names, consisting of the name of a business entity that includes words and the corporate type, which is also a right to a distinctive sign.

The IPC of 1999, the first of its kind in the legal regime of Mozambique, introduced the basic framework for regulation of distinctive signs. This law first introduced the concept of trademarks, logotypes, trade names and establishment names and insignia.

In 2006, a new IPC came into force. This new code not only revised the previous distinctive trade signs, introducing some needed changes, but also introduced two new categories of trademarks into the Mozambican IP scene: the collective and the certification trademark. It is also noteworthy that this law did not contain any provision regarding the establishment name that was introduced with the previous code of 1999, without explicitly repealing this distinctive sign.

In 2006 the code was in turn repealed by the
new, and current, IPC. The most relevant change regarding distinctive signs was the return of the establishment name as an expressly regulated category of distinctive sign.

The IPC is heavily influenced by its Portuguese counterpart, which is unsurprising considering that until 1974 Mozambique was a Portuguese colony.

The first Portuguese IP codification effort came into force in 1938 and consolidated distinctive signs of trademarks, collective trademarks, establishment names and insignia. The IPC of 1938 was repealed as the IPC of 1995 came into force, also introducing the logotype. Finally, the establishment name and insignia provision was then repealed by an amendment of the current IPC.

A trend can be perceived as the Mozambican legislators were influenced by their Portuguese peers, with the same categories of distinctive signs coming into force following their introduction into Portuguese law.

The regulation of corporate names in Mozambique and Portugal is also very similar.

Chapter VI of the IPC (articles 187 to 202) provides the rules that form the rights of trade names, establishment names and establishment insignia. As seen before, a trade name is a name or expression that identifies a legal or natural person in the course of commercial operations. Article 187(1) further states that a trade name must consist of a person name or a corporate name. However, article 189 provides that trade names may consist of “fantasy or specific” designations, as well as the names of people and corporations. There is a clear contradiction.

As defined in article 1, establishment names may consist of any kind of names capable of identifying and individualising the physical space where economic activity is pursued. No. 2 of article 187 clarifies that the space may be a place of manufacture, processing, storage or marketing of products and provision of services.

The right conferred by the registration of a trade name, establishment name and insignia is the same: the right to prevent the unlawful use by third parties. However, what constitutes an unlawful use is not provided.

The confusion that results from the poor legislative practice presented above should be sufficient to justify an amendment to the IPC.

But there is more: the logotype is a sign composition consisting of figures or drawings, individually or combined, that are suitable of referencing a public or private entity. This right is provided in chapter VII, in only two articles, one of them stating that the legal regime of a trade name, establishment name and establishment insignia is applicable to logotypes. The obvious question that arises is why the legislator didn’t include the logotype in that chapter.

So, if the level of confusion is already high, we should remember that besides these rights on distinctive signs there are still corporate names.

From the above, the following can be concluded:

Trade names and corporate names are apparently the same;

Establishment names and insignia are the same and differ only in the type of sign, as the first consists only of word elements and the second may consist of figurative elements with or without word elements; and

Logotypes, akin to trade names, identify an entity in commerce, but can consist of figurative elements and do not need to correspond to the corporate name of the owner.

In favour of clarity and legal certainty, this should be sufficient to justify the elimination of the trade name right and to join establishment names and insignia in just one right which would cover all types of signs, with one purpose: identifying an establishment.

However, we consider that the changes should be deeper. Since all of these rights protect a sign that identifies an entity or an establishment, their limits are very difficult to define and combine with the trademark right. If a logotype is registered does that mean that no third entity can use that sign to identify any good or service? If it does, why would a company register a trademark instead of a logotype that could confer protection for all goods and services? If an establishment name is registered, would its owner be able to prevent its use by others to identify a good or a service?

We believe these questions make clear that these rights damage the legal certainty that is indispensable to the correct functioning of an IP system. Furthermore, any entity or establishment in commerce can perform only two activities: commercialising goods or providing services. If this is true, the trademark right should be sufficient.

For these reasons, in our opinion, all these rights on distinctive signs should be eliminated, with the exception of corporate names, which are necessary, and the trademark right, which is sufficient.

João Pereira Cabral is a trademark and patent attorney at Inventa International. He has a law degree and a master’s in IP. Cabral specialises in IP prosecution, litigation and licensing, advising international corporations and local inventors. He can be contacted at: jcabral@inventa.com

Joel Rodrigues is a trademark and patent attorney at Inventa International. He has a law degree and is a postgraduate in IP law. Rodrigues specialises in trademark and design registration, prosecution, litigation and trademark surveillance. He can be contacted at: jrodrigues@inventa.com