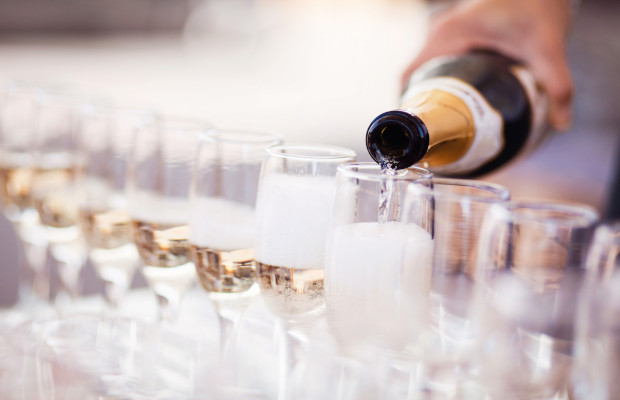 The battle to protect Champagne as an IP right spans much farther than the sparkling wine’s native France, as Charles Goemaere, Director of Economic and Legal Affairs at the Comité Champagne, tells Ed Conlon.

If the average person were asked to identify a product associated with a particular region, Champagne would probably be one of the first names to come to mind. For centuries, the sparkling wine that comes from the Champagne region of France, 100 miles east of Paris, has been widely associated with quality, luxury, and celebration.

But protecting that reputation has been a long struggle, and one that continues to this day. Tomorrow, May 21, Charles Goemaere, Director of Economic and Legal Affairs at the Comité Champagne (Comité interprofessionnel du vin de Champagne) (France), will be speaking in Session CM50  Geographical Indications in the Domain Name Space (3:30 pm to 4:45 pm), focusing on the inadequacy of existing tools for protecting geographical indications (GIs) on the Internet.

“The existing legal tools we can use in the real world are partly inefficient on the Internet, considering the speed and low cost of trading with websites and registering domains, so we need cheaper and faster legal tools to protect our GI,” Mr. Goemaere explains.

For example, he says, the Uniform Domain-Name Dispute-Resolution Policy is not available for GIs, only for trademarks.

The regulation of the term Champagne dates back to 1845, when France’s highest court ruled against the use of the word for other sparkling wines. The zone of Champagne production was defined legally in 1927; Champagne was first protected as an appellation d’origine contrôlée (AOC, meaning protected designation of origin) under French law in 1936; and the Comité Champagne (a joint trade association) was established in 1941. Today, the Comité Champagne has 20,000 members representing 16,000 winegrowers and 320 Champagne houses.

Mr. Goemaere says that producers must meet two requirements: the grapes must be produced in the Champagne region, and there must be respect for the production process of the Champagne wines, which have been created slowly for 100 years.

The Champagne AOC governs aspects of production, including approved grape varieties, method of pruning, maximum permitted yields, and secondary fermentation inside the bottle.

The protected designation of origin (PDO) for Champagne has been recognized throughout the European Union since 1973. Due partly to bilateral agreements between the European Union and other countries, and thanks to the efforts of the Comité Champagne, the name is also protected as far away as Canada, Australia, and China. In 2013, Champagne became the first GI to be recorded in Myanmar.

The Comité Champagne has 16 bureaus in its biggest export markets, including in China and Japan, which are responsible for protecting the image and reporting misuse. Its policy is “to prosecute anyone who misappropriates the reputation or identity of the Champagne appellation.”

Work of the Comité

In 2005, the Comité Champagne joined the Declaration to Protect Wine Place and Origin, whose members seek to uphold the unique connection between a wine and its location. The Declaration now has 23 signatories representing major wine-producing regions in Australia, Canada, France, Hungary, Italy, Portugal, Spain, and the United States.

But, Mr. Goemaere says, some challenges remain. “There are countries in which the name Champagne is not recognized as an IP right and producers are not yet granted exclusive rights for the name, although this number has dramatically reduced since 1980,” he says.

"The United States, Russia, and Argentina are the main countries where the name is not yet fully protected."

“The United States, Russia, and Argentina are the main countries where the name is not yet fully protected. In those countries, some sparkling wines which do not originate from Champagne, France are still being labeled as ‘champagne.’”

In these countries, the Comité Champagne undertakes lobbying and awareness-raising campaigns. It also seeks to work with local producers, to encourage them to emphasize the local origins of their sparkling wine, rather than using the term “champagne.”

Elsewhere, the Comité Champagne has had success among winegrowers in the Vale dos Vinhedos in Brazil, who have now dropped the use of the name Champagne.

When it comes to enforcing the Champagne IP rights, Mr. Goemaere says the Comité Champagne works with police, customs, and other authorities to take action against counterfeiters. It also seeks to protect the reputation of the Champagne brand.

“We try to identify mis-use of the name—and we are suing the mis-users,” he says.

The Comité Champagne has about 1,000 active cases in 80 countries, and about 95 percent of those are not related to counterfeiting. “Champagne” has been used without authorization on goods such as perfumes, e-cigarettes, and biscuits. “We had a recent case in Thailand on so-called “champagne” escort-girl services—unfortunately, we get everything,” Mr. Goemaere notes.

One pending lawsuit in Europe concerns the sale of a sorbet called “Champagner sorbet” which contains 12 percent Champagne. In its judgment in December 2017, the Court of Justice of the European Union “confirmed strict conditions need to be fulfilled in order for a retailer to legitimately use the name of the PDO in the name of a product,” says Mr. Goemaere.

The court said “Champagner sorbet” can be sold as such only if the Champagne ingredient in that product confers an essential characteristic, such as taste or aroma, on the product. The case is now back before the German courts, which will have to decide the outcome, taking into account all the evidence presented by the parties.

The Champagne region has been producing sparkling wine since the 17th century. While the Champagne appellation is now recognized around the world, and sales are at record levels, the challenges of protecting it in the age of globalization and the Internet remain profound.