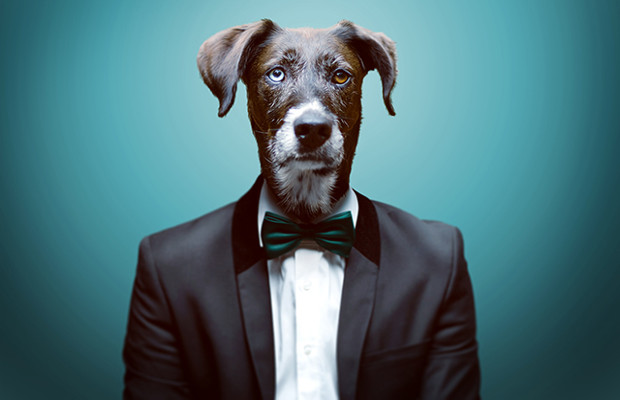 The link between marketing authorisations and patents in Mexico needs to be reformulated to better protect second medical use patents, argues Soledad Betanzos-Lara of Goodrich, Riquelme y Asociados.

Securing intellectual property protection for a recently discovered and thoroughly assayed new molecule is one of the many goals of the research-based pharmaceutical industry. This protection is normally achieved via a patent, from which the corresponding revenues will ideally compensate for the extensive investment in research and clinical testing required before being able to safeguard a place on the market for the new drug.

In this sense, primary patents generally protect the invention following a claim structure such as:

An X compound for its use in medicine;

An X compound for its use in therapy; or

An X compound for its use in treating a Y disease.

The provision is that the “X compound” is the product to be protected and that is novel in itself.

However, patent rights are limited in duration, with the global standard being 20 years from the date of application. This means that the owner of a patent has the right to exclude others from making, using, offering for sale, or selling the product of the invention for a period of 20 years. For the pharma industry, this translates into a way of blocking third parties from producing generic versions of their patented new molecules, establishing a sort of monopoly in the related therapeutic field.

Let us stop here and take a second to reflect on all this. Somehow 20 years seems little when it comes to evaluating the expenses and time invested in the research to bring a new molecule forward.

How could the pharma industry extend the lifespan of protection for the new molecule? What if during those 20 years further research showed that the new molecule is useful and/or promising for some other therapeutic indication? How could pharma companies protect the newly generated body of research without having their primary patent affecting the second patent’s novelty and inventive step?

The immediate answer would be by securing protection through a robust secondary patent: teaching an old drug new tricks. By claiming the use of a given known substance or compound in a novel surgical, therapeutic, or diagnostic method in human beings and/or animals, pharma companies may lengthen the patent life of their medicines. Examples of secondary patents may include composition patents, patents for new polymorphs/formulations, synthesis patents and patents for new therapeutic uses including new regimen doses, among others.

The rationale behind the global widespread rise of secondary patents is supported by two key facts:

1. Methods of treatment that are applicable to the human body and or relative to animals are not considered inventions under most of the local patent regulations and laws; and

2. The discovery of a new use for a known molecule or drug by a pharma company clearly employs time, money, and workforce. This makes the new use similarly worthy of patent protection as compared to the primary and original research from which the first pharma use of that drug was derived.

In this sense, many countries worldwide have recently started to adopt secondary patents, the so-called second medical use patents. The European Patent Office states that “where a substance or composition is already known to have been used in a ‘first medical use’, it may still be patentable under article 54(5) of the European Patent Convention for any second or further use in a method according to article 53(c) provided that said use is novel and inventive”.

The claim structure of a second medical use patent follows the Swiss-type style, which is normally “the use of substance X in the preparation of a medicament for the treatment of disease Y”. This is where substance X is an already known entity and disease Y must be novel, be the produce of an inventive step, and have industrial applicability, and all three conditions must meet the patentability criteria (same as any other invention seeking patent protection).

"Second medical uses and methods of synthesis (of molecules or medicaments, for instance) are, in principle, excluded from being listed in the Linkage Gazette."

According to section 101 of the US Patent Code: “whoever invents or discovers any new and useful process, machine, manufacture, or composition of matter, or any new and useful improvement thereof, may obtain a patent therefor, subject to the conditions and requirements of this title”. Worth noting is that claims addressed as a method of treatment are indeed accepted in the US even if the US Patent and Trademark Office also accepts Swiss-type claims.

Going one step further, one major challenge which has naturally evolved due to the development of second medical use patents is whether the discovery of a new use of a known substance or pharma composition would be entitled to a patent protection.

Some local regulations argue that these types of patents should not be subject to IP protection based on their evident lack of novelty. That is, since all the technical evidence belonging to the known therapeutic entity has already been disclosed in the primary patent or at least sufficiently suggested so as to arrive at the alleged novel use, this knowledge now irredeemably belongs in the state of the art.

One of these points of view is held up by Indian IP regulations, in which, for instance, the discovery of a previously unrecognised useful property of a drug is not considered novel and hence is not patentable.

Mexico’s standpoint in this respect is that second medical use patents are permissible (and in fact, granted on a regular basis) as long as novelty, non-obviousness, and industrial applicability are demonstrated.

Conversely, there is no specific indication of the existence of protection for “a use” as such anywhere in the industrial property law (Ley de la Propiedad Industrial, LPI). Article 45 of the LPI, where the types of claims that a single patent application may contain are described, includes in general terms: product claims (eg, chemical compounds, pharma/cosmetic compositions, vaccines, devices, etc) and process claims (methods of synthesis, systems, etc). Use claims—whether the first, second, or subsequent—do not feature.

Therefore, on the one hand, there is a noticeable discrepancy between the LPI and the actual daily practice in Mexico, whereas on the other, there is an even more evident loophole when it comes to pharma companies seeking to obtain a marketing authorisation (MA).

IP rights protection, enabled by the Mexican Institute of Industrial Property (IMPI), is linked to sanitary regulatory affairs in charge of the Federal Commission for Protection against Sanitary Risk (COFEPRIS) via the existence of the so-called Linkage Gazette. This is a biannual publication from IMPI in which patents in force covering allopathic medicaments and formulations of them are disclosed.

Second medical uses and methods of synthesis (of molecules or medicaments, for instance) are, in principle, excluded from being listed in the Linkage Gazette, except for when a legal procedure before the courts is initiated to obtain its inclusion.

In this context, a generic company may apply for an MA before COFEPRIS for a product that falls within the scope of a patent listed in the IMPI’s Linkage Gazette. This must happen within the three years (for allopathic drugs and up to eight years for biocomparables) before the expiration date of the corresponding Mexican patent, in accordance with the Bolar exception.

So the panorama is reduced to an ouroboros (an ancient symbol depicting a serpent or dragon eating its own tail). How will the IMPI make sure that second medical use patents are not infringed by generic companies if secondary patents are in principle not candidates for being included in the Linkage Gazette, and even more if COFEPRIS forcibly looks at the Linkage Gazette before granting an MA?

Further down this chain, how will the IMPI and COFEPRIS handle patenting and  authorising a new molecule if COFEPRIS’s new molecule committee defines a new molecule as an existing marketed drug that seeks sanitary authorisation for a new therapeutic indication? This would clearly be the object of protection of a second medical use patent, which unfortunately is not an immediate candidate for the Linkage Gazette.

Under the current scenario it seems that Mexico needs to reformulate the way the Linkage Gazette actually links patents to MAs and how the IMPI links to COFEPRIS. The existing system appears to be leaving second medical uses out of protection against generic companies. Even though some encouraging indicators show that the right track is being followed, there is still plenty of room for improvement, not only for local benefit but also towards reaching an international harmonisation.

Soledad Betanzos-Lara is a patent agent at Goodrich, Riquelme y Asociados in Mexico City. She specialises in national and international patents in the chemical, biotechnological and pharmaceutical areas, the protection and observance of IP in the pharma industry, as well as regulatory affairs. She can be contacted at: sbetanzos@goodrichriquelme.com