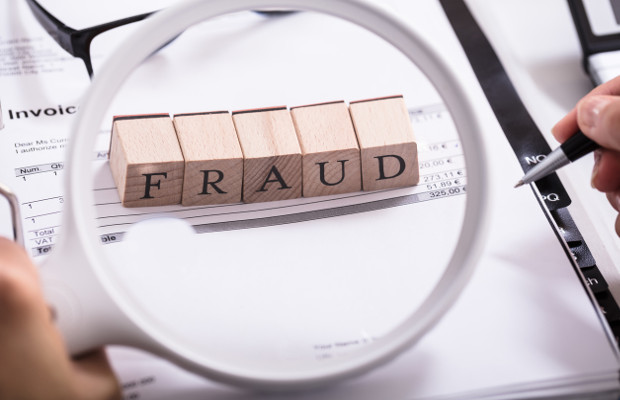 Have you ever received an invoice from the EPTR (“European Patent and Trademark Register”), OHMI (“Office for International Registration”), “The Community Trademark Register”, or something similar? Is the invoice marked with a sign that looks very similar (but not 100% identical) to the logo of the EU IP Office (EUIPO), the World Intellectual Property Office (WIPO), or a mix of them?

Are all details of your trademark listed in the invoice, which informs you that it is time to pay a rather high (but not too expensive) sum in order to get your trademark “registered”? Yes? Do not pay!

The problems with fake invoices are increasing. The question is how to identify them. Some national patent and trademark offices (PTOs) have no information or anti-scam warning at all. Others have warnings only in their respective local language.

A limited number of PTOs have warnings in both the local language and English, but even those that do have updated information and warnings, the information is not always easy to find. It may be hidden in the part of the official website that provides “further information”, “about us”, or “banking information”.

The EUIPO has the warning on its front page: “Misleading invoices: Don’t pay until you have checked that the source is official”.

WIPO has a list of “Samples of Misleading Invoices”. Visit http://www.wipo.int/madrid/en/fees/invoices.html, where reported misleading invoices are listed by name and origin of the sending company, as well as PDF samples of such invoices, searchable for 2009–2017. There is also a clear link which says “Contact us to report samples of misleading invoices not listed here”.

"The problem of fake invoices is a widespread illegal business that focuses on sending invoices close to holidays, to small and medium-sized companies and individual applicants. Such invoices may come from any country in the world."

However, this information is obviously not enough. The problem of fake invoices is a widespread illegal business that focuses on sending invoices close to holidays, to small and medium-sized companies and individual applicants. Such invoices may come from any country in the world.

Between 2011 and 2014, a group of 20 people based in the city of Uppsala, Sweden, sent out fake invoices to several hundred recipients in several countries, claiming that the invoices were from OHIM (now the EUIPO) and related to the owners of existing EU trademarks.

The scam was revealed in 2014 when a police patrol in Uppsala became suspicious of a car with some youngsters driving around and posting large numbers of ‘fact-like’ letters in different mailboxes. Through the paper on which the invoices were printed, the investigators eventually found the main culprit, a 49-year-old man from Stockholm. The case grew into a giant investigation with nearly 400 plaintiffs, all overseas.

In 2016, the defendant was convicted by Uppsala District Court for, among other things, attempting to commit gross fraud, but was released on a number of points. The sentence became one year’s imprisonment. The district court found it clear that the man and his criminal partners were behind large-scale fake invoices, but could not find enough evidence that payees had really been misled—as the accused claimed that they were not real invoices, only requests to pay voluntarily without any claims.

The prosecutor appealed to the Court of Appeal in Stockholm (Svea Hovrätt). The Court of Appeal re-assessed the question of whether the recipients who made payments in accordance with the fraudulent invoices were misled to make such payments, and drew the conclusion that other explanations were so unlikely that they could be disregarded.

The other 18 people involved were charged with completed gross fraud and with assisting completed gross fraud as they had allowed their bank accounts to be used in the fraudulent activity. Finally, the court also ruled damages in all 74 cases where the recipients of the false invoices had brought an action for compensation.

There is in fact a simple way to protect yourself against being tricked: never pay any invoice/offer without first checking it with your local attorney or your local PTO’s customer support.

Maria Zamkova is CEO at Fenix Legal. She can be contacted at: maria.zamkova@fenixlegal.eu