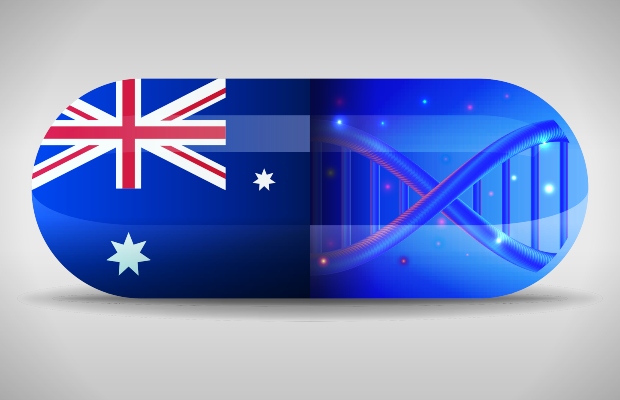 Given the relatively small size of the Australian market compared with the EU and the US, freedom to operate (FTO) clearance in Australia is commonly deprioritised in favour of the more lucrative northern hemisphere markets. As a result, many early entry opportunities for Australia are superseded by the time Australia is considered. An early FTO addressing Australian patents—even at a high level—may reduce lost opportunities.

Beware of interlocutory injunctions in Australia

Unless the generic/biosimilar applicant has “cleared the way” in relation to any blocking patents in advance, they are very likely to be sued for patent infringement and to face an application for an interlocutory injunction which is rarely denied in Australia.

“Further reforms are anticipated in Australia which will result in the originator receiving notification of the generic/biosimilar application shortly after the dossier is filed.” 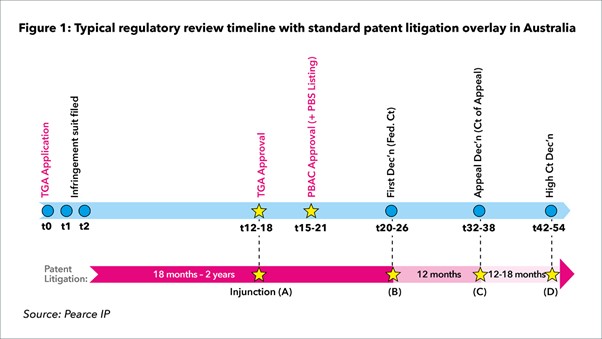 Beware of preliminary discovery in Australia

Preliminary discovery as a precursor to patent litigation has emerged as an effective tool to prevent generic/biosimilar market entry. When considering the strategic options available in response to such an application, applicants must be mindful of the lessons learned from the recent five-year (and counting) etanercept (Enbrel) Federal court preliminary discovery dispute (Pfizer Ireland Pharmaceuticals and Ors v Samsung Bioepis AU Pty, NSD2149/2016). Using a “typical” timeline, an application for preliminary discovery, followed by patent litigation, could result in judgment six to eight years after Therapeutic Goods Administration approval of the biosimilar/generic application, as shown in Figure 2. 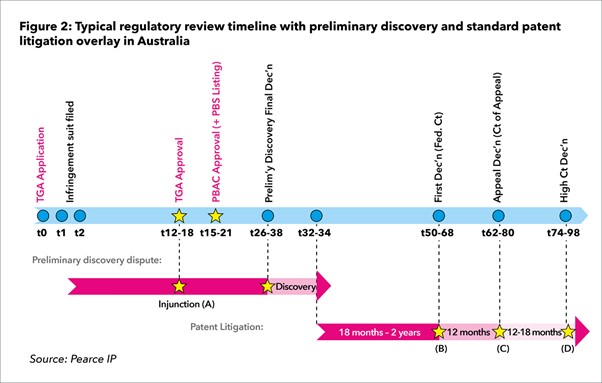 Beware of reforms regarding early disclosure: further reforms are anticipated in Australia which will result in the originator receiving notification of the generic/biosimilar application shortly after the dossier is filed. This will alter the dynamics of patent litigation in Australia.

For applicants who have not taken steps to “clear the way”, the result will be the induced commencement of patent litigation by the patentee to shortly after filing the application, rather than on approval.

Naomi Pearce is founding principal at Pearce IP. She can be contacted at: naomi.pearce@pearceip.law