Scandalous marks: Just what the %$*£@ is registrable? 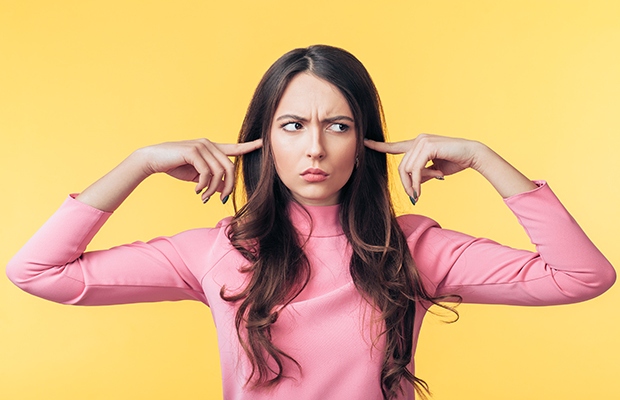 The US Supreme Court is to weigh in on registration of scandalous marks in Iancu v Brunetti. Robert J. Kenney and Michael T. Smith of BSKB report.

The US trademark law (Lanham Act) disallows registration of a mark (1) that contains immoral, deceptive, or scandalous matter; or (2) which may disparage persons, institutions, beliefs, or national symbols, or bring them into contempt or disrepute.

The statute addresses registration only and does not speak to common law trademark rights, which are acquired through commercial use of a mark in the US. The First Amendment to the US Constitution prevents the government from making laws which abridge the freedom of speech.

The US Supreme Court addressed the disparagement prong of the Lanham Act in Matal v Tam, 137 S. Ct. 1744 (2017). In that case, Simon Tam applied to register the mark ‘The Slants’ for “entertainment in the nature of live performances by a musical band.” The USPTO interpreted the mark as disparaging persons of Asian descent, despite the fact that Tam is Asian American, and refused registration.

The case was appealed to the Court of Appeals for the Federal Circuit, which held that the disparagement provision of the Lanham Act is unconstitutional because it violates the First Amendment on freedom of speech. The USPTO appealed to the US Supreme Court, which exercised its discretion and agreed to hear the case.

"In Iancu v Brunetti, the Supreme Court now has the opportunity to address the immoral, deceptive, or scandalous prong of the Lanham Act."

On June 19, 2017, the Supreme Court unanimously affirmed the lower court decision and held that the disparagement provision of the Lanham Act violates the First Amendment’s Free Speech Clause.

In Iancu v Brunetti, the Supreme Court now has the opportunity to address the immoral, deceptive, or scandalous prong of the Lanham Act. Erik Brunetti applied to register the mark ‘Fuct’ for use with “athletic apparel: namely, shirts” among other goods. The USPTO examining attorney refused registration because the mark is the phonetic equivalent of a well-established scandalous word.

Brunetti argued unsuccessfully that ‘fuct’ is an acronym for “friends u can’t trust”. The Trademark Trial and Appeal Board (Board) affirmed the examining attorney’s refusal to register the mark pursuant to the Lanham Act’s restriction on registration of scandalous matter.

Brunetti appealed to the Court of Appeals for the Federal Circuit, which agreed with the USPTO that ‘fuct’ falls within the scope of scandalous matter, not only for the similarity to its vulgar phonetic equivalent, but also because of the use of such words in the target youthful market for the clothing line.

Nevertheless, relying at least in part on the Matal case, the Federal Circuit reversed the Board, holding that the Lanham Act restriction against registration of scandalous matter is unconstitutional because it violates the First Amendment right to free speech.

The issue on certiorari was defined as: “Whether section 2(a) of the Lanham Act’s prohibition on the federal registration of ‘immoral’ or ‘scandalous’ marks is facially [on its face or as written] invalid under the free speech clause of the First Amendment.”

Arguing on behalf of the US government, deputy Solicitor General Malcolm Stewart conceded that the statute had been inconsistently applied in the past, leading to many instances where similar marks were registered in one case and refused registration in another. Justices Kavanaugh and Gorsuch agreed.

Gorsuch wondered how a reasonable citizen would determine how the USPTO would treat their mark, asking “is it a flip of a coin?”. While holding to the position that the statute was “viewpoint-neutral”, Stewart addressed that issue with a commitment that, after the court’s decision in Matal, the government would seek to narrow the application of the provision going forward to focus on shocking or offensive terms based on their mode of expression.

This troubled Justice Kagan, who seemed to wonder whether the Court could even allow the very broad language of the statute to stand based on the government’s assertion that it would be applied more narrowly going forward. She questioned whether, if the statute is unconstitutionally broad, whether the court shouldn’t leave it to Congress to make the statute more specific. She said: “If Congress wants to pass a statute that’s narrower, that’s focused on vulgarity or profanity, then Congress can do that.”

On behalf of Brunetti, John R. Sommer agreed the statute has been inconsistently applied and argued that it is “so incredibly broad ... there is a substantial amount of speech that is improperly refused under this provision.”

Further, the clause is an invalid government regulation of offensiveness wherein the government makes determinations based on its viewpoint of the message; however, there is no mode of expression exception to the viewpoint discrimination doctrine.

While none of the discussion seemed to define exactly what words should and what should not be registrable, Justice Breyer suggested there is evidence that there are six or seven words that have a different physiological effect on the brain of the person encountering them; are stored in a different area of the brain; and most importantly, are remembered.

He wondered why the government doesn’t have the right to treat the issue of registration as a “commercial matter” and refuse to be associated with such terms by issuing them federal registrations. Justice Sotomayor, following on a point made by Gorsuch, stated: “Let’s deal with the basic question: why can’t the government say, ‘No, we’re not going to give you space on our public registry for words that we find are not acceptable’? We don’t want vulgar, profane sexually explicit or other words as registered trademarks’.”

It looks as if the Court is faced with a very difficult decision: to uphold a statute that, it seems nearly everyone agrees, is unconstitutionally broad as written; or to strike it down, clearing the way for the unpleasant situation where any term, no matter how offensive, is registrable. In the latter case, no doubt many would hope Congress will revisit the issue. A decision is expected by the end of June.

Robert J. Kenney is a partner at BSKB. He can be contacted at: rjk@bskb.com

Michael T. Smith is of counsel at BSKB. He can be contacted at: Michael.T.Smith@bskb.com