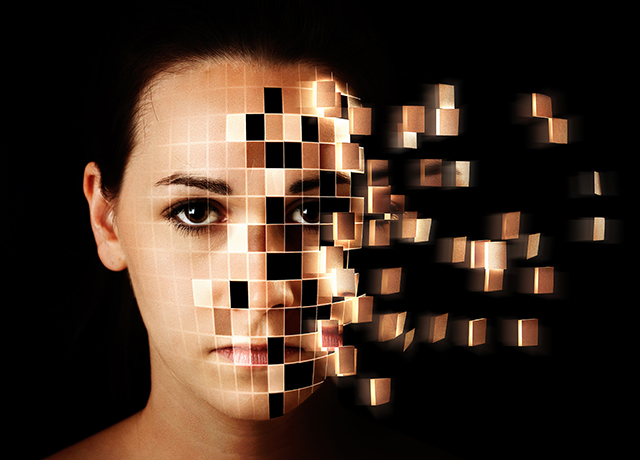 As OHIM continues to revise its guidelines on trademark and design practice, while the General Court changes its procedural rules, Udo Pfleghar and Steffen Schäffner of BEST Rechtsanwälte assess the impact on users of the EU trademark system.

Proceedings concerning Community trademarks (CTMs) before the Office for Harmonization in the Internal Market (OHIM), the General Court and the Court of Justice of the European Union (CJEU) are complex and subject to changes. While proceedings before OHIM are in a state of permanent evolution, and changes do not take long to implement, proceedings before the CJEU are not updated as quickly or easily.

In May 2012 OHIM implemented a cyclical process for revising its trademark and design practice. The goal is to conduct a revision of the guidelines on an annual basis. The important difference from previous years is that under the current president, António Campinos, OHIM is taking the views of the system’s users into consideration and actively including the external stakeholders in the revision process as well. This would have been difficult to envisage before, when even trademark and design experts within OHIM found it difficult to be heard and almost impossible to be taken into consideration in the decision-making processes.

The first revision which was carried out in accordance with this new process was bundled in a package known as ‘work package one’. It was adopted by the president of OHIM on December 4, 2013 and came into force on February 1, 2014.

Before the president’s approval, OHIM had published the proposed changes on a dedicated website for member states and their intellectual property offices, as well as user associations, to examine the documents and comment on them.

Within OHIM, the process is led by so-called knowledge circles. These are teams composed of members of different departments with expertise in various fields. They are responsible for analysing and implementing changes based on case law as well as internal and external feedback. For work package one, more than 200 experts from inside and outside OHIM were involved in the process.

The most recent set of guidelines was adopted on July 8. Simultaneously, the draft guidelines of ‘work package one 2016’ were published and interested parties were given until September 3 to comment on this package. The time limits given are rather short considering, for example, the complex nature of the issues. They also make it necessary for interested parties to work quickly and efficiently in order to respond to the proposals in due time.

For the previous package, comments had been received from groups such as the Spanish trademark group ANDEMA, the European Communities Trade Mark Association (ECTA), the International Trademark Association (INTA) and Marques, and also from member states including Hungary, Poland, Spain and Sweden. Some of the other big national offices do not seem to take part in this process despite the fact that it would make it possible for them to contribute to the harmonisation of trademark law within the EU, not just from a European level down to the national level, but, where justified, from a national level up to the European level.

Due to the nature of the EU, changes adopted by OHIM may in turn trickle down to other member states in the process of harmonisation. It is to be hoped that those member states that have not taken an active role in this process yet will make use of this opportunity more vigorously in future.

It is also important for users of the CTM system to make their voices heard. Commenting on proposed changes can protect trademark proprietors’ rights and interests. After years of disregard for those who made the system the success it is, it is vital that their active participation shows OHIM that this is a tool which is important to users and member states.

During work package 2015, comments were made on various subjects. These included basic issues such as the components of a trademark and geographic scope. However, they also dealt with OHIM’s concept of ‘instantaneous acquired distinctiveness of a mark’, which was intended to deal with major sporting events being awarded to particular cities or countries.

Areas of concern included the use of general indications of class headings, but also a proposal to provide the opponent and the applicant two rounds for submitting arguments. While many proposals were accepted, the latter suggestion was refused by OHIM.

"Due to the nature of the EU, changes adopted by OHIM may in turn trickle down to other member states in the process of harmonisation."

For work package 2016, there are again numerous subjects which warrant comments by the users. These include OHIM’s proposals on how to deal with several oppositions with different scope filed against one application or to refer to a nonbinding database as the Similarity Tool.

At the General Court, changes in procedural rules mean less active involvement by interested parties. However, as the number of new cases dealing with CTMs has risen since 1998, the year in which the first IP case was registered, it has become necessary to adapt to this increase. The court has therefore adopted a number of measures to improve efficiency. The actions concerning IP are subject to particular procedural rules set out in special titles of the Rules of Procedure of the General Court, which have been amended several times. The most recent changes came into effect on July 1.

In general, the procedure before the General Court includes a written and oral phase. The recently amended rules mean that parties no longer have the general right to file applications for leave to submit a reply or a rejoinder in order to enable the party to put forward its point of view. On the contrary, the written part of the procedure is to be closed after the submission of the response of the defendant and, where applicable, of the intervener.

Subsequently, a hearing, which is part of the oral phase, may be called either through the General Court’s own motion or at the request of a main party. In practice, however, the court frequently decides to rule on actions without an oral hearing if this is not expressly requested by the applicant. Any request for a hearing made by a main party must include the reasons for such a hearing. That reasoning must be based on a real assessment of the benefit of a hearing to the party in question and must indicate the elements of the file or arguments which it feels need to be developed or refuted in detail at the hearing.

By adopting the numerous measures to increase the General Court’s effectiveness and to improve its efficiency, the court has further restricted parties’ rights in IP proceedings. The abolition of the second round of written pleadings in such cases and the reduction of the one-month delay for requesting an oral hearing by one week are two examples of important restrictions recently imposed by the new amendment of the rules of procedure.

The reduction of the time limit raises the question of whether speeding up proceedings by one week really makes a noticeable difference for parties which are likely to already have spent years in proceedings before OHIM. Nevertheless, these restrictions lead to further pitfalls and have to be taken into account when developing a strategy for an IP case before the European courts.

Proceedings at all levels of the administrative processes concerning CTMs are subject to constant changes. OHIM has changed its processes to actively involve the stakeholders of its system in the decision-making process, leading to changes in its guidelines. This is an important and positive step and active participation by user groups and member states is to be encouraged.

OHIM might consider giving participants in this process slightly longer time limits to respond in order to make the process even more productive. The changes implemented by the General Court, on the other hand, need to be monitored closely in order to avoid the pitfalls caused in the name of increased efficiency of proceedings. n

Udo Pfleghar is a partner at BEST Rechtsanwälte. He has previously worked at OHIM, where he was a CTM examiner and instructor. He deals with questions relating to trademark, design and domain law, as well as data protection issues. He can be contacted at: ip@best-ip.eu

Steffen Schäffner is an attorney-at-law at BEST Rechtsanwälte. He has previously worked in the IP litigation unit of OHIM and represented the office in proceedings before the European courts in Luxembourg. He drafted observations, opinions and responses in more than 100 cases. He can be contacted at:
ip@best-ip.eu