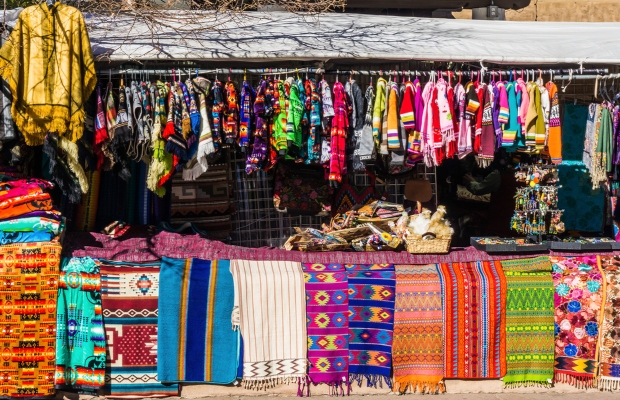 Christian Thomae of Dumont outlines the significant amendments made to Mexico’s industrial property law following the signing of the US–Mexico–Canada Agreement.

In late June, Mexican Congress passed the Federal Law for the Protection of Industrial Property, abolishing the Law of Industrial Property. Entering into force on November 5, 2020, the new law is mostly a reorganisation of the previous law, which had undergone so many amendment processes that it had lost a certain order and continuity in its text.

However, several other portions underwent serious and long-awaited changes that would allow Mexico to, again, have “cutting-edge” legislation and allow it to fully comply with the new commitments under the US–Mexico–Canada Agreement, which has replaced the North American Free Trade Agreement.

This involves changes in all fields, including patents, trademarks, contentious proceedings provisions and rules, also granting the Mexican Institute of Industrial Property (IMPI) with some much-needed (although some may disagree) enforcement authority.

Everything you need to know

Currently, trademark and slogan registrations, as well as trade name publications, have a validity of ten years, beginning from the date of filing of the corresponding application. Under the new law, the term will be counted from the date of grant. This will result in a combination of systems coexisting, with trademarks filed prior to and after November 5, 2020 having different renewal date calculations.

Under the current law, IMPI conducts separate formal and substantive examination; according to the new rules, single examination will be implemented. This means that any office actions will include any possible formal issues, the citation of prior trademarks or initial rejection based on absolute grounds, as well as the communication of any opposition that might have been filed against the new application, in a single first office action.

“The new law finally provides for rights owners to claim damages before a competent court or directly with IMPI.” - Christian thomae, Dumont

Bad faith registration is redefined in the new law as “Within others, having applied for the registration of a trademark with the aim of obtaining an unlawful benefit or advantage to the detriment of its legitimate owner”, which clarifies the matter and will allow for stronger action to be taken against squatters.

The issue of disclaimers is clarified by article (216), which includes, for combined and device trademarks, the use of dotted lines to indicate such disclaimed graphic elements or portions of these.

With regard to the request for a declaration of notorious and/or famous trademarks, some requirements for obtaining them have been deleted. Owners will not have to disclose information related to the value of the trademarks in books or by valuation, amounts invested in advertising and sales volumes.

The definition of a famous trademark has been amended to read: “A trademark will be considered famous in Mexico when the same is known to the majority of consumers or when the same has global outreach or renown.”

Declarations of use (DoU), a topic that has caused controversy and differences in opinion and criteria since its re-adoption in 2018, has been clarified under the new law in terms of when and for which trademarks this requirement is applicable to.

The third-year declaration is applicable only to trademarks granted as from August 10, 2018, while those due upon the renewal of a trademark are applicable to all.

This rule is to be replicated for the third-year DoUs for international registrations that designate Mexico under the Madrid Protocol, but caution should be exercised, as these are due three years from the granting date contained in the national certificate issued by IMPI and not that of the statement of grant of protection notified through the World Intellectual Property Organization (WIPO).

It’s important to consider that the DoU due upon renewal of an international registration must be filed within three months of IMPI receiving the renewal notice from WIPO.

A long-awaited change within the international IP community has been the suppression of the requirement to record licence agreements. Under the current law, use by a licensee will only inure to the benefit of the licensor—towards proving use of a trademark when defending from a non-use cancellation action—if a licence agreement is recorded.

This will no longer be the case under the new law, as long as a licence agreement exists and is submitted at the time of defending such a cancellation.

“Consents for similar and now also for identical trademarks will be accepted by IMPI, as long as the goods/services covered by the cited and the proposed trademarks are not the same.”

However, given the rules of evidence in Mexico and the formalities of our system, it is still advisable to record these agreements with IMPI, as a means of deterring non-use cancellations.

Last, but of course not least, consents for similar and now also for identical trademarks will be accepted by IMPI, as long as the goods/services covered by the cited and the proposed trademarks are not the same.

The partial cancellation of trademarks, which along with damages might be the most-awaited changes to Mexican law and enforcement of IP rights, are some of the alterations that are being introduced by the new law in terms of litigation proceedings before IMPI.

On cancellation on grounds of a false date of first use declared in the application, the burden of proof is again on the registrant.

Cancellation of a trademark against which an opposition has been filed by the same petitioning party will be deemed res iudicata when filed on the same grounds. So, under the new law, it might be best to await grant of the application to file for cancellation (rather than oppose) and undergo a more thorough proceeding through a cancellation, rather than risking the possibility of future action in cases in which an opposition might not seem so solid.

The court/IMPI can now not only impose fines on infringers but also has the authority to calculate damages and issue a binding decision with executive power.

Christian Thomae is partner and head of trademarks at Dumont Co. He can be contacted at: cthomae@dumont.com.mx

University of Law in partial TM win at UKIPO

EPO steps up co-operation with Colombia