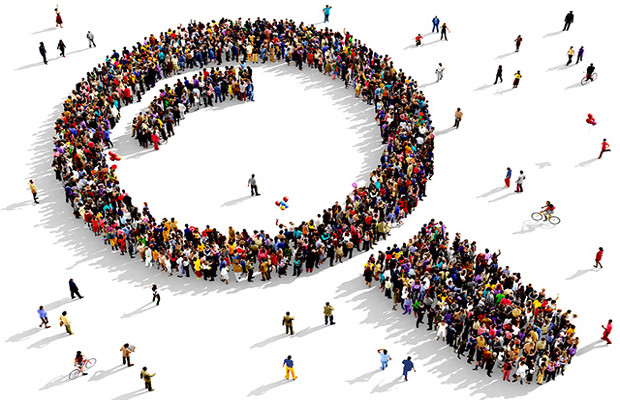 The inter partes review proceedings under the America Invents Act created a new forum for challenging patents. Law firm Michael Best & Friedrich LLP tells WIPR about its IPR practice and the successes it has had so far.

In 2012, with new patent legislation on the horizon, US law firms sensed an opportunity.

As is the case when any new intellectual property laws are rolled out, industry professionals were champing at the bit to see how strategies could be changed and policies implemented to ensure the forthcoming changes were as beneficial as possible.

The implementation of the America Invents Act (AIA) in September of that year was no different.

With the AIA came several changes to how patents were challenged and granted, with one of the most notable being the introduction of the now very familiar inter partes review (IPR) procedure.

IPRs, billed as a cheaper and more streamlined alternative to court-based litigation, gave petitioners a new opportunity to take on patents at the US Patent and Trademark Office’s (USPTO) Patent Trial and Appeal Board (PTAB) with the hope of quickly invalidating patent claims.

Perhaps unsurprisingly, its arrival saw a surge in filings with petitioners clamouring to get a piece of the action. According to the USPTO’s AIA filing statistics, in 2013—the first full year that IPRs were available—514 petitions were filed, an average of around 42 per month.

With the potential business opportunities that came from the uptake in the new procedure, law firms across the country began sprouting dedicated IPR practices, keen to help companies make the most of the new system. One of those is Michael Best.

“We didn’t latch on to this because it is popular,” he says. “We have a long history of IP counseling, prosecution, and district court litigation, and we have learned that this mix of experience is critical to skillfully handling IPRs.  In addition, this experience has taught us that it is important to have the appropriate personnel to truly understand the patented technology.  As a result, in addition to the scores of attorneys in our IP Group, we have built a team of  two dozen or so engineers and scientists who come from a wide variety of scientific and technical backgrounds.

“They are not attorneys, but they help us with the technological aspects of a particular case. Combined with our long history of counseling, prosecution, and litigation, offering this extra service and capability really sets us apart.

“Given this depth of experience, implementing the IPR practice and combining our prosecution and litigation skills seemed like a natural progression,” he adds.

How the practice works

The practice is split into several sections.

Moran refers to the “lead counsels” who, he says, take the reins in any new IPR petition.

This group is responsible for the overall strategy of a petition, including assigning work and attending hearings and conferences. The group is made up of a team of “four or five attorneys” who all have significant IPR and re-examination experience.

Underneath the core group is a team of back-up counsels, on hand to assist with any other aspect of the case. Their services will depend on the skills and availability of lead counsels, particularly if they can provide a skillset or viewpoint that one of the lead counsels cannot.

He explains: “I am one of the leads, yet I do not have a huge amount of litigation experience.

“Taking and defending depositions is not what I am particularly comfortable with, so if there is a case where depositions need to be taken I rely on a back-up counsel who has the necessary litigation experience as well as IPR experience.”

He adds: “Furthermore, I have a background in mechanical engineering, but if we had an IPR that was related to the chemical or life sciences area then we have a solid team of people who we can use to help with the relevant technological aspects of that case.”

The final piece in the jigsaw is a more junior member of staff who, Moran says, would ordinarily be responsible for drafting and putting together petitions and other documents.

Overall, there are around a dozen lawyers, as well as the team of engineers and scientists, making up the practice.

“We have people with backgrounds in many areas,” Moran says. “You name it, we have someone who can handle it.”

Will the rise of IPR petitions continue?

The idea of an IPR-dedicated practice was initially instigated to deal with the influx of petitions in the programme’s early stages, but will the need still be there as the service gets older?

Moran says there was a “meteoric rise between 2012 and 2015” and despite his admitting that the increase “has slowed down somewhat”, he believes it will slowly increase again.

He attributes the initial flurry of petitions to two factors.

First, he says, there was a strong sense of pent-up demand.

“There had been discussion of something like this for several years before it finally became law, so by the time it came around people were keen to use the system. Plus, there was a group of older patents that were not eligible for inter partes reexamination but are eligible for IPR, and many of the early IPR cases involved these older patents.”

"The IPR procedure has clearly provided another string to the bow for patent challengers, and its lower costs compared to litigation are attractive for many."

He refers to the second reason as the “low hanging fruit phenomenon”—a desire to knock out bad patents and knock them out quickly.

“These patents were likely the worst patents in terms of subject matter,” he says, adding that high institution and invalidity rates are testament to this.

However, he adds that IPRs “will be around for a long time”.

“Although they are not as cheap as say European oppositions, I think as long IPRs are economical and remain substantially cheaper than US district court litigation, then they will always be a popular option.”

Moran says that IPRs have reduced the amount of time spent in court, which in turn has seen a reduction in the “number of man hours spent in litigation”.

“Many of our litigators, lead counsels or back up counsels, have been able to focus more on IPRs. It’s been a really nice transition for people to be able to focus on helping us.”

Another reason Moran believes the system will continue to be used is because law firms are getting better at handling IPRs.

He says: “Recently lawyers have needed to be more sophisticated in their arguments and are having more trouble invalidating patents.

“At first there was uncertainty; nobody knew how much it was going to cost or how it really worked, and some firms were caught off-guard.

“But now, as more petitions are filed there is a greater understanding of what is involved. Firms are starting to figure out how to work through petitions economically and discover the best strategies, such as whether to file a motion to amend claims.”

One of Michael Best’s biggest clients and users of its IPR practice is Johnson Health Tech, a Taiwan-based health and fitness company whose products include treadmills, stationary bicycles, elliptical trainers, and weight training machines.

The company has invalidated patents in the past and successfully used the predecessor to IPR petitions, inter partes re-examination proceedings.

“When IPRs became available, they immediately started filing them to attack competitors’ patents,” Moran says of the company.

He cites one example where Johnson was approached by an unnamed competitor who, he says, “tried to turn the tables” and filed an IPR against Johnson-owned patents.

“We filed a preliminary response as the patent owner [patent owners are able to file a response before the PTAB decides whether to institute a trial]. Within a couple of weeks the other side contacted us and asked us to settle.

“That shows the strength of our team and the benefits of knowing both sides of the IPR procedure, having the experience to overcome various hurdles,” Moran says.

In another case the firm filed a petition on behalf of an unnamed client.

Although it felt it had a solid case, there was a possibility that a word in the patent’s claims could be interpreted differently than expected, which could have compromised the invalidity argument.

But, Moran says, he knew that if that had happened then there was a good non-infringement argument.

He explains: “We filed a petition for an IPR and argued that the patent should be invalidated under the broadest reasonable interpretation (BRI) standard.

“We knew that if the board disagreed and interpreted the term more narrowly, we had a solid non-infringement position and, if not, we had a strong invalidity position, so it was a win-win scenario.”

The PTAB came up with a narrow interpretation of the claim, which Moran says solidified the client’s non-infringement position.

While lawyers have to adapt to changes in procedures and legislation, they also need to stay on top of any court rulings that may affect their practice, particularly rulings handed down by the country’s top legal authority, the US Supreme Court.

One recent case that centred on the PTAB and the BRI, which is the claim construction standard used during IPRs, was Cuozzo Speed Technologies v Lee.

The dispute, which the Supreme Court ruled on earlier this year, started in 2012 after Cuozzo’s rival Garmin challenged the validity of a Cuozzo-owned speedometer patent, US number 6,778,074, by requesting an IPR.

After construing the patent’s claims under its BRI standard, the PTAB invalidated it in 2013 on the grounds that it was obvious.

Cuozzo argued that its patent would have been held valid under the Phillips standard, which is used by US district courts, but the US Court of Appeals for the Federal Circuit and the Supreme Court both rejected Cuozzo’s claim.

Moran, however, does not believe the ruling will have a significant effect on future IPRs.

Although he says it was “good that the court clarified the differing standards used”, there are “very few cases that hinge on what claim construction is used”.

With IPRs predicted to increase and firms becoming savvy about the requirements of pursuing a petition, Moran sees no reason why an expansion of the practice should not be on the cards.

“We are always looking to expand,” he says, adding that the depth and experience of the firm’s IP group has set it up for handling more cases if required.

“I do think we can provide something different,” he says. “We have a broad range of capabilities among our lawyers, engineers, and scientists, and the range of experience and expertise we offer is a major factor.”

The IPR procedure has clearly provided another string to the bow for patent challengers, and its lower costs compared to litigation are attractive for many.

Michael Best’s combination of expertise and skills will certainly help petitioners and patent owners in the immediate and near future.

Although no-one can predict the long-term future of IPRs, they don’t appear to be going anywhere fast.

As many have done in the past, if you are asking the question of whether pursuing an IPR is a risk worth taking, then Michael Best may have the answer.

Kevin Moran provides strategic counsel on IP protection, including acquisition and enforcement of US and international patents, with an emphasis on mechanical, electro-mechanical, and biomedical technologies. Moran counsels clients in challenging the validity and enforceability of competitors’ patents through ex parte and inter partes reexamination proceedings, and post-grant proceedings, such as inter partes reviews. He can be contacted at: kpmoran@michaelbest.com