Made for each other: AI and IP 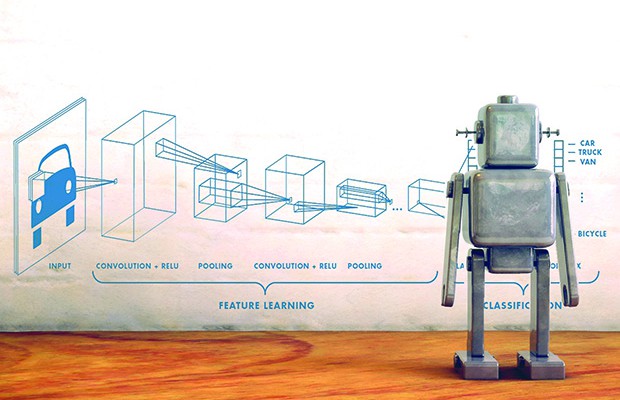 Artificial intelligence and machine learning have gained a foothold in IP. Angelica Garcia and Cris Flagg of Express Search highlight the opportunities.

In February President Trump signed an Executive Order officially launching the American AI Initiative, making the US the latest member of an international movement towards formal national policies regarding artificial intelligence (AI). While the full implications are not yet clear, these recently-adopted strategies could greatly impact the field of IP.

AI and its related subfields, such as machine learning, are important technologies through which patent authorities can gain deeper insights into patent applications, patent classification, and the IP landscape in general. Indeed, numerous national patent authorities around the world have already begun implementing their own AI initiatives.

"AI enhances productivity at all stages of the patenting/trademarking process."

The United States Patent and Trademark Office has hosted an algorithm challenge to develop technology to identify figures in drawing sheets and label the figures. And the World Intellectual Property Organisation lists automatic classification, search of patent prior art, examination, machine translation, and data analysis for economic research as areas for the future application of AI and machine learning.

AI, which uses algorithms to explore a search space, employs strategies to draw conclusions about the subject matter and makes decisions about what is ‘related’ and ‘important’ based on these observations. Such observations are then used to make predictions on the status and/or classification of unseen cases and new data.

Machine learning, specifically, operates under the assumption that, given enough information, simple strategies can make useful predictions. While it takes a massive amount of data to train machine learning algorithms effectively, with ‘big data’, unseen cases are rare.

If one were to define a dataset which was ideal for feeding AI algorithms, it would look much like the patent landscape. This is most apparent in the quantity of data encountered by industry professionals. The volume of patent literature is vast (ie, ‘big data’), and there exists a need to explore the search space without individually reviewing each document.

AI provides tools to ingest all that information, characterise the data, and refine it into useful outputs. It isn’t just the amount of data, however, that makes AI so appealing in this context—it’s also the kind of data, and how the data interrelate. These factors make AI especially well-suited for answering the specific class of questions of interest to researchers, attorneys, inventors, and governmental bodies dealing with IP.

Uses of AI and machine learning in IP

One focus of AI is the interpretation and processing of human (natural) language by computers. Computers typically deal with formal languages having strict syntactical rules. Natural languages, however, use flexible semantics.

Therefore, automated processing of textual documents requires some mechanism by which to extract meaning from the natural languages in which they are composed. This is accomplished via tools such as semantic search, commonly used in search engines, which matches queries based on meaning rather than keyword.

Natural language processing (NLP) converts natural language text into representations derived from parts of speech to named entity tagging. Both semantic search and NLP are relevant to the querying, parsing, and translation of patents and patent applications.

Drawings make up a substantial part of the available literature, which has created a need for automated image processing. Recognising the content in a corpus of images requires algorithms that can perform feature extraction.

Image recognition technology has enabled the development of software tools which can search by image—important in trademark research.

AI will become an increasingly visible part of intellectual property analysis in the future. Whether through better search results, more accurate classification, or the ability to draw sophisticated conclusions about data, AI enhances productivity at all stages of the patenting/trademarking process.

Angelica Garcia is a patent researcher at Express Search. She has a master’s degree in software engineering.

Cris Flagg is a senior researcher/analyst at Express Search and an expert in AI and machine learning. They can be contacted at: projects@expresssearch.com