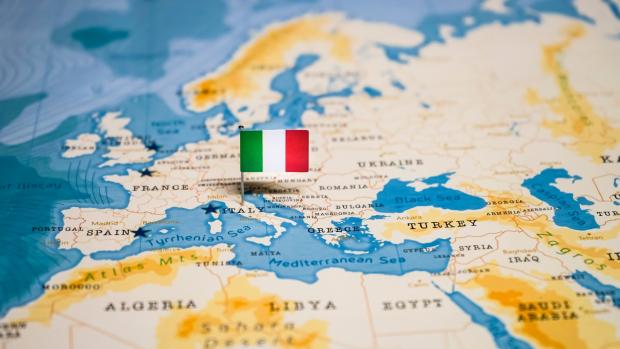 Italians can look forward to a faster, simpler trademark dispute resolution system by the start of 2023, explains Sigrid Lily of Bugnion.

In the months to come a highly anticipated and most significant amendment to the Italian trademark system will come into force, that is, the implementation of the administrative procedure for nullity and revocation of trademarks before the Italian Patent and Trademark Office (IPTO).

Although the definite date for the relative decree to become effective has yet to be established, the entry into force will have to take place before January 14, 2023, the peremptory deadline set by the EU Directive 2015/2436.

The administrative procedure will be available as an alternative to judicial procedures, which up to now provided the only solution for the application for cancellation of a registered Italian trademark.

It is a novelty that will simplify and accelerate the resolution of disputes relating to registered trademarks and strengthen the protection of industrial property rights, by providing access to lower cost and less complex procedures. Judicial cancellation actions have always been a major drawback of the Italian trademark system, as the relative proceedings are particularly costly and lengthy, as such often have a dissuasive effect on IP rights holders.

The provisions regarding the administrative proceedings for the declaration of revocation or invalidity of a registered trademark, included in Articles 184 bis up to 184 decies IPC, were actually already introduced with the reform of the Italian Property Code (IPC) in 2019. The activation of the administrative procedure has however been delayed until the entry into force of the decree, which is currently being finalised, and which will establish the methods of application.

The administrative proceedings represent an addition to, rather than a replacement of, the judicial procedures. The latter will remain available as an alternative, but may not be brought alongside administrative proceedings; article 184 bis (11) IPC provides in this respect, that the application for revocation or for declaration of invalidity shall be inadmissible where it has been presented simultaneously with a request with same subject matter and cause of action, involving the same parties, presented before the judicial authorities.

“It is a novelty that will simplify and accelerate the resolution of disputes relating to registered trademarks and strengthen the protection of industrial property rights.”

Furthermore, an application for revocation or for a declaration of invalidity shall also be inadmissible where an application relating to the same subject matter and cause of action, and involving the same parties, has been adjudicated on its merits by, or where a proceeding is pending before, the IPTO or the judicial authorities.

Both judicial and administrative decisions have an erga omnes effect.

With this reform, most invalidity actions based on absolute or relative grounds may be filed with the IPTO, yet some proceedings will remain judicial, such as those based on unregistered trademarks, other signs used in the normal commercial practice, earlier copyrights, designs, (article 14 (1) (c) IPC), names (article 8 IPC), bad faith (article 19 (2) IPC) or claims according to article 118 IPC.

Invalidity actions may be directed against signs that are:

Revocation actions may be based on the following grounds:

The administrative cancellation proceedings will follow analogous procedural rules as those established for opposition proceedings; once the cancellation application is deemed filed, the Office will set a two-month period, which may be extended up to 12 months, for the parties involved to settle the matter amicably.

Upon expiry of this deadline, each party will subsequently be given a 60-day term to file observations and arguments. The decision rendered by the IPTO may be appealed with the Appeals Commission within a two-month period. Some substantial differences with the opposition procedure are 1) at the time of filing, the applicant already has to substantiate the grounds for the cancellation action; 2) parties may jointly request suspension of the proceedings at any time.

The official fees to submit a cancellation action with the IPTO have been set to the amount of €500 ($517).

The above reform will inaugurate a new era for the Italian trademark system and will open up the way for further innovations and modernisations.

Sigrid Lily is a European Trademark Attorney at Bugnion. She can be contacted at: sigrid.hulisz@bugnion.eu