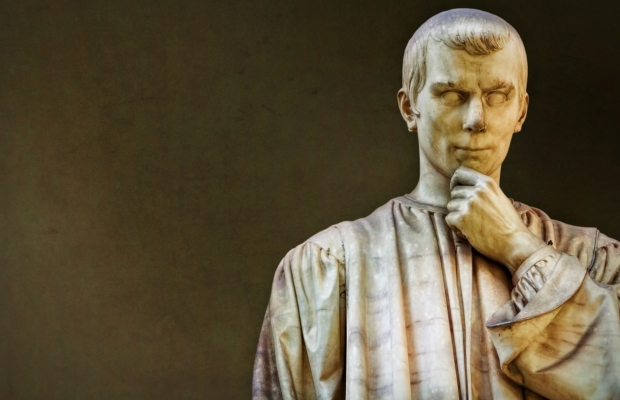 The Italian philosopher, semiotician, cultural critic, and novelist Umberto Eco divided the human predisposition into two categories: the “apocalyptic” on the one hand and the “integrated” on the other.

He observed that when facing a challenge, each category accepts obstacles in a different manner: the apocalyptic type may acknowledge the obstacle as the end of the world, the integrated type will adapt and deal with the difficulties.

In the short term, the battle is won by the apocalyptic kind, yet in the long term, the war is always in the hands of the integrated ones.

As we all know, since the beginning of 2020, the SARS-CoV-2 virus has spread around the world and has drastically affected the lives of all its inhabitants. Italy was the first western country to face the challenges and obstacles of this pandemic.

Now, more than a year after the start of this crisis, Italy, supported by EU funds to help its economic recovery, has drafted a National Plan for Recovery and Resilience (PNRR) and has decided to use this unprecedented crisis for government reforms of, inter alia, its national IP system.

Reform on the way

On June 23, 2021, the Italian Ministry of Economic Development implemented the “Strategic Plan of action on Industrial Property” (SP) for 2021 to 2023.

This SP wishes to address the following issues:

Facilitating access to and sharing of intangible assets while ensuring a fair return on investments;

The first step will be revising and updating the National IP Code. Before developing the relative policy and legislation, the Italian Ministry of Justice launched a public consultation in May this year, collecting the views of all stakeholders including public administrations, universities, business confederations, business and professional associations, the Consiglio dell’Ordine dei Consulenti in Proprietà Industriale (Council of the Order of IP consultants), enterprises, citizens, and professionals.

The consultation procedure has been a fruitful opportunity for discussions and has led to interesting reform proposals from various stakeholders. Most of these proposals are focused essentially on creating a greater awareness of the IP policy, by enhancing a closer collaboration between Italian universities and industry, as well as on the necessity for more investment in research and development.

Technology and knowledge have become the essential coordinates for the growth of any economic system.

As stated by professors Enrico Bonadio and Nicola Lucchi (from the Law School of City, University of London, and Universitat Pompeu Fabra, Barcelona, respectively) in their contributions to the consultation: “The process of reform should be based on two key elements: (1) the provision of clear and precise IP policies; and (2) the promotion of a culture of entrepreneurial incubation, including access to funding for startups, spinouts or social enterprises, both internally in universities and externally (through investment by private companies).”

Frequently, private enterprises, especially SMEs, do not have a clear perception of the value of their IP portfolio or how to protect and exploit their IP rights.

The challenge is to close this gap by making an effort to disseminate an industrial property culture to those SMEs as a necessary tool for the development of IP rights.

Therefore, the increased awareness of companies to protect their new technologies with IP tools may create a boost for the national economy.

The various published contributions have helped to highlight the main arguments that will be covered by the reform, described below.

The part of the code that concerns industrial designs will be revised to better protect new forms of design such as graphical interfaces, hologram, virtual or augmented reality and to regulate the temporary protection of industrial designs displayed in trade fairs and exhibitions.

The protection of geographical indications which are not linked to agricultural products (such as craftmanship) is under examination.

Assessment of ownership of university inventions or inventions created by employees in public research bodies and the possibility of assignment to the inventor when such entities decide not to proceed with protection of the invention.

By January 2023 the new administrative proceedings for nullity and cancellation for non-use of a trademark will enter into force.

The possibility of the introduction of a mechanism of alternative dispute resolution in IP is considered in the future reform of the code.

All these novelties will be supported by the convergence to a completely telematic proceeding system, which will contribute to the development of a policy that deals with the digital revolution changing our society, putting in place tools to fully exploit its potential and mitigate its risks.

In the past period, Italy has created a package of measures dedicated to the titles of IP and their industrial and economic enhancement, by allocating funds to finance filing and enforcement activities related to trademarks, patents and industrial designs. Within the European panorama these national measures are certainly unique and may be considered an excellence to cherish in the upcoming years.

At the same time, to stimulate startups and to protect their activities with IP tools, the Ministry of Economic Development has issued vouchers to obtain instruments of protection without monetary disbursement, by using an allocated slot provided by the state. In the SP we read that this instrument will be extended to SMEs.

“Most of these proposals are focused essentially on creating a greater awareness of the IP policy.”

The COVID-19 pandemic crisis has underlined the necessity to better regulate mandatory licensing of patents and in the SP we may read that the administration intends to verify the possibility of introducing in the national legal system specific instruments able to deal promptly with crisis situations (such as the current healthcare crisis). The main objective is to support voluntary agreements with the holders of IP rights, resorting to the issue of compulsory licensing only when all other attempts fail.

Legislation to fight counterfeiting will be updated, by reinforcing the powers of law enforcement agencies and adopting measures to create more public awareness about the damage of counterfeiting, in particular, by using new technology in order to reach younger people.

Coming back now to Eco’s categorisation, the document issued by the Italian Ministry of Economic Development is a clear message that Italy aspires to be an “integrated” country, building on the tragic situation around COVID-19, to enable and accelerate a process of reform and modernisation.

Claudio Balboni is a trademark attorney and the coordinator of the European trademark and community design team at Bugnion. He can be contacted at: claudio.balboni@bugnion.eu

Francesco Venturoli is an attorney at law at Bugnion. He can be contacted at: francesco.venturoli@bugnion.eu