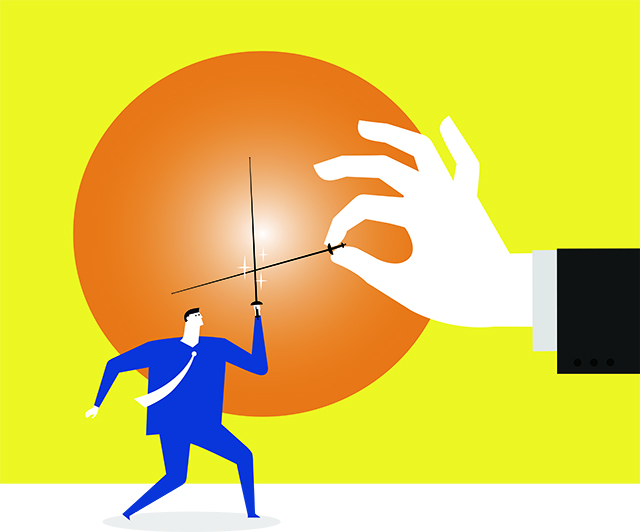 In the post-Nokia era Finland’s innovation landscape is developing quickly, but funding is an issue, say Jan Lindberg and Kiira Lehtonen of Attorneys-at-Law Trust.

Finland is going through a massive structural and economic change that has been affected by, among other things, the global financial crisis having hit the country particularly hard. At the same time this change also creates opportunities for investments, in particular in intellectual property and technology-based companies.

The post-Nokia era, as we call it, has been a very fruitful environment for the establishment of many new small IP and IT companies, as the know-how from larger technology companies going through economic difficulties has been transferred to a number of smaller ones. Most of these start-ups are very IP-driven and will, it is hoped, follow the great success of our gaming companies, such as Rovio and Supercell, which introduced blockbuster games including Angry Birds and Clash of Clans. Their success in an otherwise anaemic economy is a natural inspiration to many creative individuals wishing a similar breakthrough in various other fields, from fintech (financial technology) to bio-IT.

At the same time, Finland can be seen to be in the process of transferring itself from a society based on heavy industry to one based more on innovation and services. This is visible in that many traditional forest companies are putting a lot of investment in new bio-based techniques, thereby slowly turning them into biotechnology companies. Cleantech is seen to have great potential, something that Finland aims to export massively in the future.

In consideration of the foregoing, we expect that in three to five years investors will find many interesting targets in Finnish technology companies if they are able to secure sufficient funding, enabling growth and internationalisation.

One example of how Finland aims to increase funding possibilities, especially for small to medium-sized enterprises, is the recent draft government proposal for legislation on crowdsourcing (VM0124:00/2013). Currently, there is no specific legislation on crowdsourcing, but it is subject to a number of different stipulations found in a variety of laws. As these stipulations were not originally drafted with an eye on crowdsourcing, they are likely to impose unnecessary requirements and make it unattractive.

At the same time, crowdsourcing could be very attractive particularly for small companies, as it is often easier to obtain than regular bank loans or other more traditional forms of funding. From an investor’s perspective, crowdsourcing offers an interesting opportunity for diversifying as well as for obtaining higher profit on investments.

The proposal aims to create a framework serving the purposes of crowdsourcing and at the same time recognising the risks of it. It is worth noting that an investor’s position is aimed to be secured by imposing, to the extent feasible, the requirements on investor protection under the Markets in Financial Instruments Directive. While the initiative is very welcome and provides new opportunities for investors and also for everyone interested in, say, art projects, music and books, it is unlikely to provide an answer for all companies.

What to know before investing

Should you now be convinced that Finnish technology companies are an interesting investment opportunity, it is good to sum up some of the IP factors to be taken into consideration.

First of all, some issues remain the same as, or quite similar to, those in many other European countries, eg, we do not recognise the ‘work made for hire’ doctrine applied in the US, and therefore copyright vests in the employee unless specifically transferred to the employer (with certain exceptions, eg, in cases of software). Similarly, employee inventions are subject to mandatory legislation requiring, for example, an adequate remuneration for patentable employee inventions, as in Germany.

"We expect that in three to five years investors will find many interesting targets in Finnish technology companies if they are able to secure sufficient funding."

However, there are also differences. One that a buyer or investor should be aware of is that Finnish insolvency legislation does not provide extensive protection to licensees in a licensor’s insolvency proceedings, eg, in cases of distressed mergers & acquisitions (M&A). This insolvency situation also contains several other less investigated questions, for example, relating to insolvency and the unitary patent system or Unified Patent Court, as well as what the current transition from licensing to service-based business models means in this regard.

Second, regarding more structural developments, there seems to be a trend in the Nordic countries towards expanding the ‘piercing the corporate veil’ doctrine (ie, separating legal entities). In a recent IP-related Supreme Court case (case KKO 2015:17) in which the defendant had sold products to Finnish customers using its Estonian subsidiary Arctecho without paying copyright levies, the court found that the arrangement was artificial as the subsidiary was the company importing the products, and awarded €3.5 million ($4 million) in damages.

Similarly in Sweden, shareholders of a company were told to pay damages, as the court found that the company was merely established to process the dispute and to hedge the shareholders’ position against liabilities (case HD T 2133-14). In cases of acquiring strategic patent portfolios, which have been actively commercialised, this issue is worth keeping in mind.

Finally, it is worth noting that especially in IP-driven M&A deals we are seeing compensation of indirect damages (eg, profits) at least to some extent for breach of representations and warranties relating to IP. Categorical exclusion, unlike in many other countries, has generally been predominant practice in Finnish M&A contracts.

Perhaps inspired by many of the factors we have outlined above, it is interesting to note that while the number of M&A deals has been decreasing in the Nordic countries this year (we have seen a drop of nearly 40%), it is the opposite in Finland.

Reasons for this can be found in many places. First, our valuations are often very attractive, which is largely due to difficulties in acquiring funding and there being few investors, leading to sale at an early stage of development. Also, in the current environment, owners may often face the choice between liquidation and sale, with the latter naturally being more attractive.

We will follow developments and it will be interesting to see whether our prediction for Finnish IP-driven markets will be accurate. n

Jan Lindberg is a Finnish attorney-at-law and partner at Attorneys-at-Law Trust. He advises clients in IP and technology related matters as well as in M&A and general corporate law. He works closely in particular with patent-intensive business sectors such as telecom, high-tech, clean-tech and pharmaceutics. He can be contacted at: jan.lindberg@thetrust.fi

Kiira Lehtonen is a Finnish lawyer and associate at Attorneys-at-law Trust. She specialises in and advises clients on IP and technology-related matters, M&A, general corporate law and employment law. She can be contacted at: kiira.lehtonen@thetrust.fi