IP Down Under: Defense at the Border 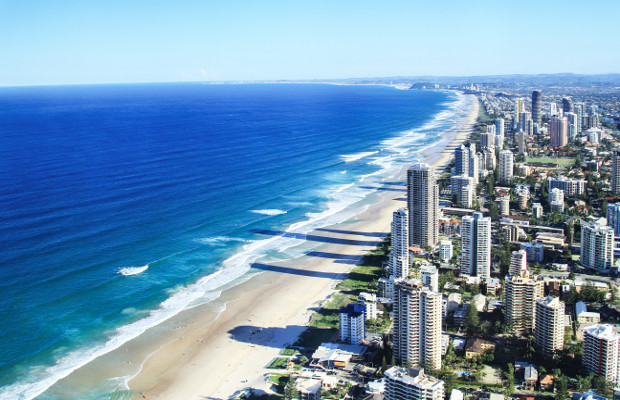 “As a country with no land borders and a finite number of well-policed importation points, we are in a good position to regulate imports,” says Patricia Kelly, Director General of IP Australia. She notes that border protection measures play a crucial role in stemming the flow of sometimes dangerous counterfeit goods into Australia.

“Counterfeiting is a serious issue with real consequences for businesses and consumers,” adds Ms. Kelly, who took over as Director General in 2013, following a decade as Deputy Secretary in Australia’s Department of Industry and Science.

“Our strengthened legislation improves protection for trademark owners and assists in safeguarding Australian consumers against the perils of fake goods.”

“Effective enforcement of trademarks is a significant issue for rights owners who have worked to establish their brands in the marketplace and do not want to see others take unfair advantage of their hard work or damage the goodwill of their brands,” says Ms. Kelly.

IP Australia can’t directly intervene against counterfeits; the responsibility lies with rights owners. Trademark owners must lodge a notice of objection with the ABF and, if this is successful, goods that appear to infringe IP rights will be seized. From here, the rights owner has 10 business days to take legal action; otherwise, the products are released to the wider market. The ABF enforces more than 600 notices of objection every year, says Ms. Kelly.

In 2013, Australia introduced a number of changes to the Trade Marks Act 1995 and Trade Marks Regulations 1995 that were aimed at strengthening protection against counterfeiting. . The changes included stronger penalties, better tailored offense provisions, and additional damages in civil infringement actions. Penalties can include up to five years’ imprisonment and fines of up to AU $99,000 (US $74,500).

Additionally, the Trade Marks Act 1995 provides for border protection measures such as seizure against the cross-border flow of counterfeit goods.

“Our strengthened legislation improves protection for trademark owners and assists in safeguarding Australian consumers against the perils of fake goods,” says Ms. Kelly. “While it’s not possible to halt all attempts to import and sell counterfeit goods, I’m not aware of any significant dissatisfaction with current measures we have in place to address this. It is not an issue businesses are raising with me.”

She describes Australia’s IP legal framework as “robust,” while noting that IP Australia “encourages businesses to ensure they monitor use of their trademarks carefully and take advantage of the protection mechanisms available to assist in the effective removal of counterfeit goods from the market.”

“Due to China’s first-to-file trademark system, many Australian businesses have been caught not protecting their brands before manufacturing in China or exporting to the Chinese market,” Ms. Kelly says.

To help combat this, toward the end of 2016 IP Australia took the step of appointing an IP counselor in China to work with Australia’s Department of Foreign Affairs and Trade and help businesses navigate this new landscape.

While it may not be the silver bullet for rights owners, the appointment gives businesses a focal point and a human face to whom they can direct their questions or concerns when entering a new territory.

“Through the IP counselor position we have been able to expand our resources to support Australian businesses in protecting their IP in the Chinese market,” Ms. Kelly says.

IP Australia has a range of bilateral cooperation agreements with other IP offices, including those in the Association of Southeast Asian Nations (ASEAN) region, says Ms. Kelly, adding that “our activities include administrative cooperation, sharing information and tools, public awareness-raising, and exchange of technical personnel and data.”

She says: “I am particularly interested in regional cooperation activities, including with ASEAN IP offices, and have shared our experiences in implementing and examining under the Madrid Protocol to assist countries in our region to accede [to the Protocol].”

Across the Tasman Sea

IP Australia has a close relationship with the Intellectual Property Office of New Zealand, which is perhaps unsurprising given the two countries’ close links in other areas.

However, a session on Tuesday will examine the continued divergence between Australia and New Zealand in their approaches to trademark law and procedure. According to the program description, Session CT02, The Messy Divorce Between New Zealand and Australian Non-Use Revocation/Cancellation Law will “offer some insights as to why the countries appear to be drifting apart and, in the spirit of the friendly rivalry between them, whether one approach is preferred to the other.”

The session will cover topics such as the legal standing required to apply to revoke a mark and the grounds for non-use cancellation.

Ms. Kelly concludes that “in an increasingly interconnected, global, and digital world with rapid technological developments, working with other IP offices around the world is very important. Collaboration helps to build a stable and efficient global IP system that promotes trade and investment.”

Session CT02, The Messy Divorce Between New Zealand and Australian Non-Use Revocation/Cancellation Law, takes place on Tuesday from 10:15 am to 11:30 am.