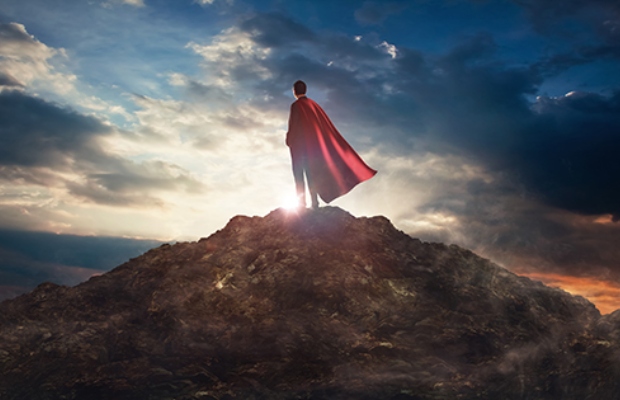 The introduction of IP into India’s commercial courts has provided a miraculous turnaround for rights holders, say Pratik Chaudhari and Anay Amin of YJ Trivedi & Co.

India has long been one of the most sought-after countries for foreign investors. In 2019, India climbed up 23 places to rank 77th in the Word Bank’s Ease of doing Business statistics. This is an indication to the world that India is slowly but steadily working towards improving its business environment.

A country’s government and its business policies play a key role in maintaining a prosperous business environment that works for everyone. In the past few years, India has opened its doors to foreign companies, thereby increasing foreign investments and job opportunities.

With the influx of foreign investment, disputes or cases of a commercial nature have gone up too. This is where the judiciary’s role comes in. After all, businesses and investors should always consider a country’s judicial mechanisms before investing.

Inadequate infrastructure, large numbers of pending cases, exhaustive methods of adjudication, and a lack of judicial personnel, were some of the biggest hurdles being faced up to 2015. Several independent as well as government reports have pointed out an alarming volume of backlog or piled up cases in the judiciary.

"Since the establishment of commercial courts in Gujarat, matters of commercial disputes are being adjudicated and decided as never before."

As per the latest statistics given on one of the official websites of the Indian judiciary, eg www.ecourts.gov.in, more than 35 million cases are pending in the lower courts (district courts) and the appellate courts (high courts); this data does not include the cases pending in the Supreme Court of India.

However, even though the statistics might seem gloomy and daunting, things are not that bad. Courts are trying to adjudicate and dispose of cases at a record pace. The government is trying hard to appoint new judges for both the lower and the higher judiciary so it can overcome the backlog.

One such landmark effort by the Indian parliament took place in 2015 in the form of a new enactment. To achieve speedy disposal of certain “high stake” or “commercial” cases the parliament enacted the Commercial Courts Act of 2015.

“Therefore, there is a need to provide for an independent mechanism for their early resolution. Early resolution of commercial disputes shall create a positive image to the investor world about the independent and responsive Indian legal system.”

The intention of the parliament was clear: these commercial courts and divisions will revamp and change the long-standing reputation of the Indian judiciary as being unresponsive and lethargic in nature.

Section 2(c) of the act defines commercial disputes; they include a wide range of disputes from banking and financial disputes to maritime, admiralty and IP disputes. When the act was first enacted in 2015, the specified value or the suit value of the commercial disputes was set at rupees 1 crore ($140,000) and above.

Subsequently, in 2018, an amendment was introduced wherein the specified value, or the suit value was changed to rupees 3 lakh ($4,000) and above. Thus, even small- and medium-sized businesses can now initiate actions in the commercial courts.

Since the establishment of commercial courts in Gujarat, matters of commercial disputes are being adjudicated and decided as never before. The judges appointed to these courts have followed a strict guideline of adjudicating and deciding cases in a speedy manner. These commercial court judges, unlike their other judicial counterparts, impose heavy costs on parties who don’t follow a strict timeline and seek adjournments every now and then. In this way, not only the judges but even parties who approach the commercial courts now follow a strict timeline and adhere to the guidelines of the court.

Prior to establishment of the commercial courts, IP litigation—like every other regular civil litigation—took years to be adjudicated. However, since the enactment of the Commercial Courts Act in 2015, IP disputes have been decided quickly.

Business owners, regardless of their size and business model, can now enforce their IP rights against free-riders and infringers and not worry about the case not being adjudicated for years while the infringer continues to reap the benefit of their hard-earned IP.

For example, in Gujarat, the commercial courts are more inclined to grant ex parte injunctions, granted very rarely prior to the act, to the registered proprietors of trademarks if they prove that their registered trademark is being infringed by the defendant and their goodwill is harmed due to the actions of the defendant. Commercial court judges are mindful of the fact that IP of business owners is their key asset and without it they could lose not only their goodwill and reputation, but their business and clientele altogether.

Critics might argue that the Indian judiciary still has a long way to go but looking at the present scenario it can be asserted that a change has already begun, and commercial courts are undoubtedly lending a hand towards revamping India’s judiciary.

Pratik Chaudhari is a partner at YJ Trivedi & Co in Ahmedabad, India. He has been with the firm since 2015. He holds a Master’s degree in law from Gujarat University and a diploma in patent law from NALSAR University, Hyderabad. He has played a pivotal role in variety of IP cases ranging from trademark infringement to breach of trade secrets and confidential agreements. He can be contacted at: pratik.chaudhari@yjtrivedi.com

Anay Amin is an associate at YJ Trivedi & Co. He holds a Master’s degree in law from Northwestern University. He works in the firm’s litigation department and assists with trademark, copyright and design litigations. Prior to joining YJ Trivedi & Co Amin worked as an international associate at an IP firm in the US. He can be contacted at: info@yjtrivedi.com