IACC: No brand is an island 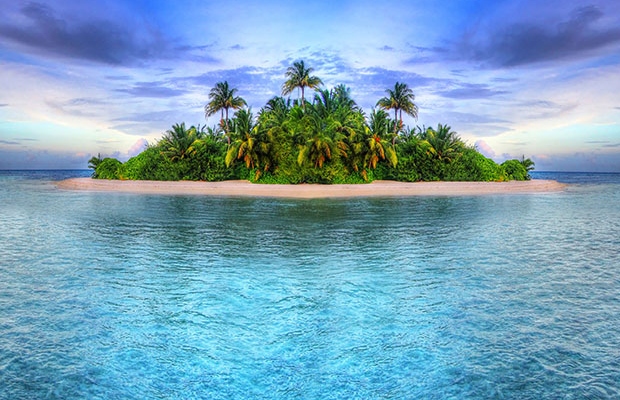 Our best hope to prevail in the fight against counterfeiters is to assemble a global team of like-minded partners in government and industry with that common goal, says Travis Johnson, vice president of legislative affairs and senior counsel to the International AntiCounterfeiting Coalition.

In 1979, a handful of companies in the apparel and luxury goods sectors decided to join forces to address a common concern: the growing trade in counterfeit goods. This year, we’re celebrating the 40th anniversary of that decision, and the founding of the International AntiCounterfeiting Coalition (IACC), which has grown to include companies from more than 40 countries and in nearly 20 different industries.

This milestone has triggered numerous conversations and quite a bit of reflection over the extraordinary changes that have occurred in our field over the past four decades. While we look back over the history of the organisation, and anti-counterfeiting more generally, it’s also an opportunity to look forward, and to ponder where the next 40 years will take us.

We’ve grown ever more accustomed to the advancements in technology and global trade that have led to our present state of affairs, but it’s worth taking a moment to remember how things were in decades past. They were, undoubtedly, simpler times. Although China has emerged as a manufacturing powerhouse, and the leading source for counterfeit goods around the world Chinese exports were, relatively speaking, almost non-existent in the 1970s.

"Rights holders would be unwise simply to rely upon their partners in the public sector to solve all their problems."

It would not be until a decade after the IACC’s founding that the TRIPS Agreement took effect, and a further five years before the World Trade Organization began operations. Domestic production to serve counterfeit markets was far more common, with sales most prevalent in informal markets or among street vendors.

It’s now a part of our everyday lives, but e-commerce has emerged as a major force largely over just the past two decades. It wasn’t until 1995 that Amazon.com sold its first book. In that same year was the first sale on AuctionWeb; you’re likely more familiar with that company’s current name: eBay. Artificial intelligence (AI) was in the realm of science fiction, and no-one knew what blockchain was. Virtual currencies? Virtually unheard of.

For brands small and large, these seismic changes and the constantly evolving counterfeit landscape present significant challenges to their short-term profitability and their long-term viability. How can any company, or any country, rise to meet these challenges?

The simple answer is: “They can’t … at least, not without help.” The recognition of that fact is what brought together the founding members of the IACC 40 years ago, and that same idea offers a roadmap for combating counterfeiting in the years to come.

It starts with building a team of like-minded partners with common interests and leveraging the tools and strengths at the disposal of each of those partners. Cooperation and information-sharing between governments are essential components in addressing the trafficking of counterfeit goods.

Despite greater harmonisation of national laws in recent decades, some progress that’s been seen with regard to government priorities, and application of resources for addressing IP crimes, a consistent challenge to enforcement has been the cross-border nature of this illicit trade.

The issue of “in-transit” enforcement against counterfeit goods offers a helpful example in this regard. With the global nature of the distribution chain, the route from a counterfeit item’s production to an end consumer is often a lengthy and circuitous one, crossing numerous national borders.

The opportunity to remove counterfeits from the stream of commerce before they reach consumers may, however, be extremely limited. In many jurisdictions around the world, customs and law enforcement agencies lack the authority to seize a counterfeit good that is simply “passing through” en route to some other country.

The territorial scope of trademark rights and disparate views on what constitutes the commercial entry of goods into a country’s market may complicate the matter. Contrast the treatment of counterfeit goods with that of other smuggled items: the thought of customs agencies waving through containers loaded with illicit ivory, weapons, narcotics, or people being trafficked to another country, while merely throwing up their hands and claiming that they were powerless to act, would strike most reasonable people as absurd.

We’ve seen progress with regard to other types of smuggling where countries have recognised a duty to take action when the opportunity presents itself, and a similar proactive approach to the trafficking of counterfeits would be welcome.

In the meantime, however, we cannot discount the value of information-sharing and cross-border coordination of enforcement efforts. It is without question that counterfeiting operations actively seek to exploit gaps in legislative regimes, as well as those jurisdictions hampered by resource limitations or other practical impediments to enforcement.

Accordingly, it’s vital that national customs and law enforcement agencies make greater efforts to close those gaps by sharing relevant and actionable intelligence with their colleagues in other countries to improve the targeting and interdiction of illicit shipments wherever possible.

While cooperation among government bodies is certainly an important part of an effective anti-counterfeiting regime, rights holders would be unwise simply to rely upon their partners in the public sector to solve all their problems.

The technological revolution we’ve seen in recent years has presented many challenges to enforcement, but the good news is that many of those same developments have resulted in rights holders having more tools to defend their brands than at any time in history.

From DNA-based authentication and track-and-trace technologies, through AI-powered image recognition scanning, to blockchain-based authentication tags and more, the ability of rights holders and their partners, whether in law enforcement, customs agencies, third-party service providers, or even consumers, to quickly and accurately determine whether a product is authentic and safe to use continues to grow by the day.

Perhaps the greatest challenge is in determining how to empower those partners to make use of the data that’s available. This has been an underlying current in nearly every project the IACC has been involved in over the past decade, and it continues to drive our thinking as we move into the future.

How does a trademark owner go about identifying what data is relevant, and how do they make use of it? Whether we’re looking at the traditional brick-and-mortar model or the emerging e-commerce model of counterfeit sales and distribution, it’s vital to keep in mind that although counterfeiting is an illegal business, it is a business nonetheless.

Businesses exist to make a profit, and there are things every business must do to make that happen. They have to advertise their goods, they have to have a platform for selling them, they have to deliver those goods to their customers, and they have to be paid by their customers. Particularly in the online context, counterfeiters are forced to rely upon a variety of third parties to accomplish these tasks: credit cards or money transfer services to process payments; hosting services on which to maintain a web presence; shipping and logistics providers (including mail and package delivery services, and warehousing); advertising brokers; and e-commerce platforms.

We’ve made great strides in recent years through our RogueBlock programme, working in cooperation with key partners in the financial and payments sector including MasterCard, PayPal, Visa, Discover, American Express, Western Union, and MoneyGram, to identify the payment mechanisms that counterfeiters seek to exploit in order to facilitate their illicit sales and profit from those illegal endeavours.

Building on those successes, we’ve pursued projects with some of the world’s largest online platforms to ensure a safe and trusted e-commerce environment. To that end, we’ve worked for several years in collaboration with the Alibaba Group to identify and remove counterfeits from their platforms, and to develop new strategies and procedures to prevent illicit sellers from reaching consumers in the first place.

More recently, we’ve begun to engage with Amazon, with a similar goal in mind. We will continue to seek out opportunities for constructive and cooperative enforcement that leverages the unique strengths and capabilities of other relevant stakeholders in the ecosystem, to bring about even greater progress.

All legitimate businesses should recognise the importance of a vibrant and trustworthy e-commerce system, should strive to identify bad actors within the system, and should commit to taking all necessary steps to ensure that they’re not directly or indirectly facilitating the trafficking of counterfeit goods.

Increased engagement and collaboration of this kind can yield substantial benefits to all the relevant stakeholders where there is a true commitment to addressing our common problems. As we look to the future, it’s impossible to know with any certainty the challenges that lie beyond the horizon, but it’s safe to say that our best hope to prevail in the fight against counterfeiters is to assemble a global team of like-minded partners in government and industry with that common goal.

Travis Johnson is vice president of legislative affairs and senior counsel to the International AntiCounterfeiting Coalition in Washington, DC. He oversees all aspects of the organisation’s government relations and policy development functions for the Americas and is a member of the Florida Bar. He can be contacted at: tjohnson@iacc.org