How AI can help with IP management 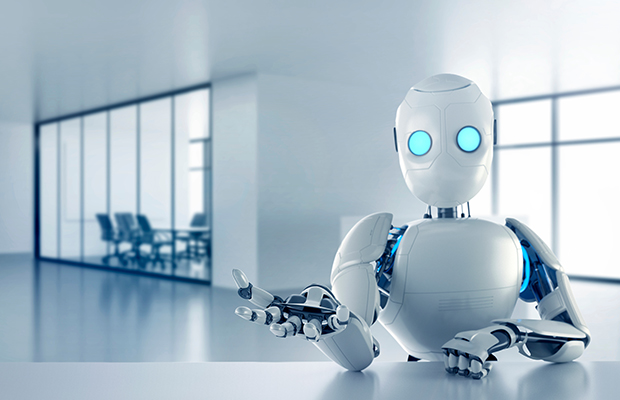 Artificial intelligence can have many benefits for companies specialising in IP management, even if they have been slow to adopt it, says Volker Spitz of Brandstock in an interview with WIPR.

Back in 2015, a debate hosted by the Chartered Institute of Patent Attorneys concluded that artificial intelligence (AI) will be able to file and grant a patent without human intervention within the next 25 years.

But Volker Spitz, CEO of Brandstock, predicts it will take much less time: five years, he says.

What is AI? “It is technology, in particular computers and machines, which functions in an intelligent manner.”

"The machine has to understand the merits of the case, find the case law which is applicable and then present it."

Spitz explains that AI has the capability of applying algorithms, which can be updated automatically. The machine will also learn and improve through experience.

Advanced as this sounds, AI has been around for years. A big misconception is the belief that AI is a new phenomenon, says Spitz.

This 30-year-old association shows that AI has been in development for much longer than many people realise.

“There was already an association dedicated to AI and law before the first mobile phone came to the market,” Spitz says.

Although AI in itself is not a new topic, he adds, the IP sector “made a mistake” by not using it and therefore fell behind with its development. Other industries, he explains, are further ahead when it comes to using AI.

But as things are looking now, the IP sector is slowly but surely heading in the direction of implementing AI.

“One of the most prominent developments is the search engine, which is now being applied to many trademark searches,” Spitz explains.

Another development which he praises is a system by LexisNexis.

“They are applying analytics on case law in IP and other prosecution-related information and data. They have started doing this with a computer system they developed which also applies AI,” he says.

Trademark professionals have started to apply techniques that will be further developed over the next few years. But there is still a way to go, as the machines should not only hold data, but also learn through experience and automatically learn the algorithms which are created by programmers.

“It should be up to the machine to get enough experience and then improve so the program becomes better, more concise, and more user-friendly over time.”

According to Spitz, the IP industry has not yet achieved that level of AI, but is heading in the direction of full implementation.

The implementation comes with great challenges, some of which are easier overcome than others. One of the logistical issues is that, within IP alone, AI is dealing with a huge amount of data. According to Spitz, the IP sector includes up to approximately 50 million trademark and patent records worldwide.

“This means the search could be from any country, and this amounts to even more data,” says Spitz.

Another challenge of the implementation of AI is one which, according to Spitz, people tend to underestimate when talking about AI and its application to IP.

Spitz explains: “We are not only dealing with more than 200 countries—we are also dealing with hundreds of languages, from Chinese to Arabic, which all have to be translated before the machine can process the data.

“Those translations have to be as accurate as possible, and in addition, they need to be done in a speedy manner.”

While those are the big challenges, there is another that is more complicated and difficult to overcome. Once data has been collected through translations, the next step is getting the AI to interpret the data itself.

“The first two challenges are just about finding the right technique to collect data,” he says.

At this level, the AI machine or system has to be able to decide how important a subject is.

“Even more important, on case law, the machine also has to conclude which decisions are relevant in your country, and for you in particular.”

For this to be possible, the machine has to understand the merits of the case, find the case law which is applicable and then present it. Spitz says that the tricky part of interpreting the data is sorting the relevance of the searched subject.

Although there are many advantages to the AI in the IP sector, some things remain irreplaceable.

“The disadvantage of using AI compared to humans, in particular when we discuss IP, is that a lot of intuition and experience come into play,” says Spitz.

“Intuition and experience help people make decisions. The human brain is much faster at making decisions in IP than the machine. Humans are also better at weighing the chances, risk and relevance,” he adds.

However, as Spitz explains, the advantages of using AI over humans may outweigh the disadvantages.

“It is far cheaper to get a machine to do many tasks than paying hours of human labour.

“Another advantage of using AI over humans is the fact that the machine is capable of collecting data more comprehensively and faster,” he says.

“AI, like other technologies, will most certainly advance the cost-effectiveness of IP services, but this does not come without concerns from IP service providers that AI will take over.”

According to Spitz, the IP sector is well aware that AI will be used more gradually, but “not enough is being done on the IP side to keep up with the developments”.

In January 2017, a Japan-based insurance company replaced more than 30 employees with an AI system, which can calculate payouts to policyholders. According to The Guardian, the firm, Fukoku Mutual Life Insurance, believes that it will increase productivity by 30%.

In addition, the company predicts that it will see a return on its investment in less than two years. The company reportedly said that it would save about $1.2 million a year after the AI system had been installed.

Although some companies like Fukoku have decided to replace humans with machines, other organisations such as IBM and Microsoft have said that AI should enhance, rather than replace, humans.

Ginni Rometty, president and CEO of IBM, reportedly said in a panel discussion at the World Economic Forum in Switzerland earlier this year that “it will not be man or machine: our purpose is to augment and be in service of what humans do”.

Brandstock is investigating the application of AI.

“We will definitely use AI in the future. We are already starting to develop our own system,” Spitz says.

The company is currently looking for development solutions for trademark searching and filings.

“The implementation takes time, but it’s going in the right direction. It is only a matter of time. The question is no longer whether AI will work in the IP sector, but rather when it will happen,” he adds.

Volker Spitz is founder and owner of the Brandstock Group. He specialises in German, European and international trademark, design, patent, competition and contractual law. The Brandstock Group, comprising five companies, provides services in legal, IP, valuation and domains, and has more than 150 employees in six countries. He can be contacted at: welcome@brandstock.