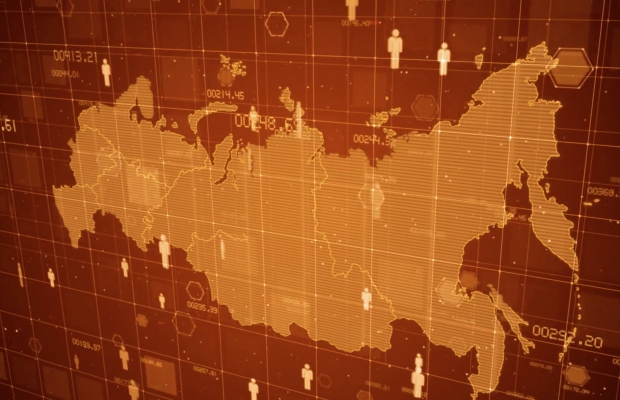 New rules around geographical indications in Russia are good news for producers of products with territorial characteristics, says Viacheslav Rybchak of Gorodissky & Partners.

In July 2020, important updates were made to the Russian Civil Code (Part IV), which regulates relations in the sphere of intellectual property (IP), including “means of individualization.”

In Russian law, IP rights are divided into two groups: means of individualization are distinct from “results of intellectual activity.” The most important amendments to the Russian Civil Code (Part IV) concern the introduction of a new IP right into the Russian legal system: geographical indications (GIs).

By amending this legislation, Russia fulfils its obligations at the World Trade Organization, as the Agreement on Trade-Related Aspects of Intellectual Property Rights (TRIPS) requires protection of GIs. The introduced amendments are also in line with the Geneva Act of the Lisbon Agreement on Appellations of Origin and Geographical Indications (AOG). Russia is considering joining this Agreement in the future.

According to provisions of Article 1516(1) of the Russian Civil Code, a GI is defined as a designation that identifies goods as originating from a specific geographical area, with a certain quality, reputation, or other characteristics substantially determined by their geographical origin. At least one of the stages of production of goods affecting the formation of its quality, reputation, or other characteristics should be carried out on the territory of this geographical area.

GI designation is a means for individualization similar to an Appellation of Origin of Goods (AOG), which has entitled protection in Russia since 1992.

Differences Between AOG and GIs

An AOG also serves to designate a product that features specific characteristics based on its geographical origin. However, while AOG is designed for goods with properties “exclusively” determined by their geographical origin—namely by natural or human factors of the corresponding geographical area—the requirements for GIs are less rigid. Properties of goods for which GIs are designated need only be “significantly” associated with the respective geographic features.

The amendments provide for a distinction between a GI and an AOG, an important difference being whether all stages of production are carried out within the boundaries of the corresponding geographical area. In respect to an AOG, a requirement is that the goods must be fully produced within the territory of a geographical area, which is registered as an AOG.

However, as explained above, GIs only require at least one stage of production of the goods, which significantly determines their characteristics, to be carried out in the corresponding geographical area.

In addition, an AOG can only be a verbal designation, whereas a GI may represent any designation (word, figurative, combined, etc.) associated with the place of origin of goods.

Further, according to the Russian law, only a designation that has become known as a result of its use on traditional products whose properties are exclusively determined by their geographical origin may be eligible for protection as AOGs, but there is no such requirement of fame with respect to GIs.

“The applicant will now be able to determine which option to choose for legal protection—AOG or GI.” - Viacheslav Rybchak, Gorodissky & Partners

Who Can Register AOGs and GIs?

Earlier Russian legislation did not require the examiner to determine whether the applicant for an AOG was indeed the manufacturer of the product. However, the law forbids granting a license to use a registered AOG to someone else.

Now, according to Article 1518 (1) of the Russian Civil Code, an AOG or a GI can be registered in Russia by one or several categories of citizen, or one or several types of legal entity, as well as by an association (union) or other association of persons, the creation and activities of which do not contradict the legislation of the country of origin of goods.

An important novelty is that the exclusive right to use an AOG or a GI can now be legally granted to an association, which indeed reflects the practice that has been already adopted in Russia before the amendments were introduced. When applying for an AOG or GI, the association will have to additionally submit a list of persons entitled to use the AOG or GI, the conditions of use, and the procedure of control of such use by the association.

At registration the exclusive right to use an AOG or a GI will be granted to each member of the association, which will be entered into the State Register of AOGs and GIs accordingly.

“These welcome amendments to Russian legislation meet the needs of the producers of goods with special properties, quality, and reputation determined by geographical origin as well as the interests of consumers.”

GIs may collide with other GIs, AOGs, trademarks, or other protected objects. According to the amendments, no GI registration will be allowed in cases where the same designation is already registered as an AOG for the same goods. Moreover, no GI can be accepted in cases where it is identical or similar to a prior trademark if the use of such GI is capable of misleading consumers.

A registered GI remains protected while the means to produce goods with the respective characteristics remains in place. The exclusive right in a GI is valid for 10 years after the filing date of the application and can be repeatedly extended for 10 years provided that the holder confirms his right in GI in the country of origin is valid on the date of renewal.

GIs can be enforced against third parties using designations that are identical or confusingly similar to the protected GIs. Illegal use of a GI is recognized as: use of a registered GI by persons who do not have right to use it, even if it indicates the true origin of the goods or a GI is used in translation or in combination with words such as “kind,” “type,” “imitation,” and the like; the use of a registered GI by right holders, but in respect to a product that does not have characteristics specified in the State Registry, or produced outside the boundaries of the geographical area specified in the State Registry; and the use of a similar designation for any product that may mislead consumers regarding the place of origin or characteristics of goods.

These welcome amendments to Russian legislation meet the needs of the producers of goods with special properties, quality, and reputation determined by geographical origin as well as the interests of consumers. These changes further align the systems of protection of GIs and AOGs in Russia and with other countries, and provide businesses with an additional tool for preventing the sale of low-quality products that may mislead consumers.

Moreover, the amendments are contributing to the development of regional brands and may stimulate local regional businesses.

Viacheslav Rybchak is a partner at Gorodissky & Partners, and a Russian trademark and design attorney. He can be contacted at: rybchakv@gorodissky.com

Fair use of trademarks: establishing boundaries in Russia
01-01-2012