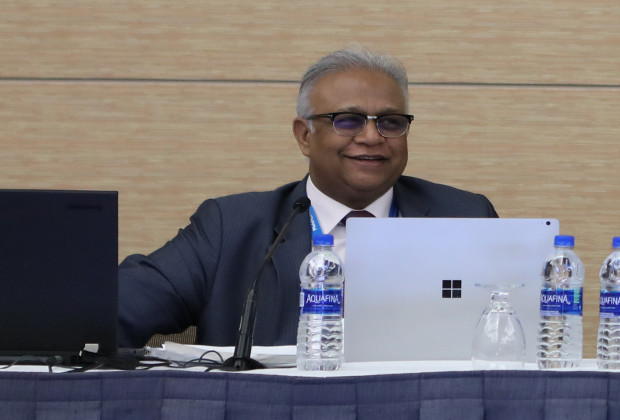 Counterfeiters operating in the online space are becoming ever more sophisticated, but brands are fighting back, reports Saman Javed.

“The Internet has acted as a catalyst in the sale of counterfeit goods, providing a smokescreen behind which counterfeiters operate,” said moderator Hemant Singh, Founder and Managing Partner at Inttl Advocare (India), yesterday in Session CSU21 Combating Counterfeits and Piracy on the Internet Highway and in Digital Media, which brought together legal counsel from various platforms to discuss how they combat the widespread problem.

In an online environment, “the anonymity of the seller, the worldwide reach to the markets, and the inability of consumers to examine physical products means consumers are far more easily deceived,” Mr. Singh cautioned.

Annabelle Daniel Varda, Legal Director and Head of Trademarks at Google (USA), explained how the company combats counterfeiters on its Google Ad services. According to Ms. Varda, Google takes a three-pronged approach, combining machine learning, human review, and takedown notices. “The most effective method is machine learning, because the system improves its own behaviour over time,” she said.

Ms. Varda described Google’s machine learning systems as “risk models” designed to assess data linked to an advertiser’s account for any possible malicious activity. Tell-tale signs of fraudulent activity include: the use of a proxy email address to render the source’s IP address untraceable, online activity conducted at times atypical for the supposed time zone of the source, and data originating from geographical locations where abuse is more common.

“Part of the machine learning’s success is that bad actors tend to use the same techniques irrespective of the area or industry they operate in,” Ms. Varda said.

She strongly encouraged brand owners to use Google’s takedown notice forms to report any Google Ads containing promotions for suspected counterfeit products. “These advertisers are likely using a new or unfamiliar tactic we haven’t seen before and hasn’t been detected by machine learning. We also feed this information back to our risk models to help them learn,” she said.

Jeni Zuercher, Leader of Brand Global Protection at YETI (USA), said the brand’s priority when it comes to counterfeiters is to “curtail them quickly and impactfully.”

“One thing that I constantly say about counterfeiters is that they are clever, well-funded, and unethical,” Ms. Zuercher said. “We are the ones that aren’t as well-funded, but we can be clever.”

One approach YETI employs is to work closely with the platforms on which counterfeits may be sold, she said, adding that it is better to be an “adversary without being an enemy” when dealing with such platforms. Brands and platforms need to work collaboratively, she continued. “If you say, ‘I want to protect the consumer as much as you do,’ it is a lot easier for any platform to understand where you are coming from.”

Ms. Zuercher also encouraged brands to be as transparent as possible with platforms. For example, if a brand only has one distribution facility, this information should be shared with the platform, which might then be able to identify counterfeit products based on their origination from a different location.

Working with law enforcement is another important part of an effective anticounterfeiting strategy, the panelists said. Ms. Zuercher explained that YETI recently filed an action with the U.S. International Trade Commission against multiple platforms that had failed to combat counterfeiters and trademark infringement of its products. At the time the suit was filed, she said, the company was submitting takedown notices against 12,000 accounts weekly. Since filing suit, the numbers have decreased.

Also speaking on the panel, Stephen Jadie Coates, Senior Legal Counsel at Amazon.com, Inc. (USA), discussed the company’s efforts to fight counterfeiting of its smart devices, such as the Ring doorbell. Ring, Amazon’s video doorbell, captures an image of a person at the door, and sends it through a mobile application to a homeowner’s phone.

Mr. Coates said Amazon has seen an increase in social media advertising of Ring counterfeits in recent years. This includes Instagram accounts impersonating Amazon’s Ring, as well as a mobile application that mimickeds Amazon’s app and promised a free Ring doorbell to those who downloaded it.

He noted that Amazon was receiving complaints from users who had downloaded the app and wanted a free Ring “but we weren’t involved. It was an instance of actual confusion.”

Another potential risk was that the app developer could collect user information and access user accounts, he added. According to Mr. Coates, “The ability to protect customers from downloading apps and software that contains malware will be important for the future.”