From GIs to industrial designs: positive developments in Mexico 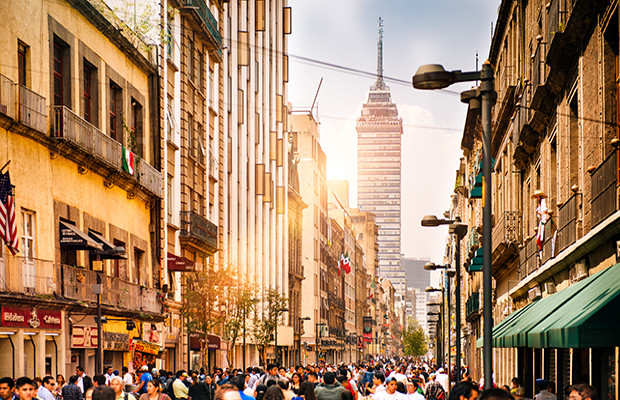 In April this year, the Mexican Senate passed amendments to the country’s intellectual property law, providing greater protection for trademark owners and bringing the country’s rules more in line with international norms. The amendments will take effect 60 days after their publication in the Official Gazette, and that is yet to happen, but the changes are expected soon and welcome.

As a result of the changes, “we’re now going to have protection over certification trademarks, and we’re going to have sound trademarks as well, so the system gets more adapted to what is happening internationally,” he says.

Perhaps even more significantly, the new legislation tackles one of the most irksome issues for trademark owners in Mexico: “kidnapped” or “squatted” marks. “In the past, people have been registering trademarks in bad faith, but these have been very difficult to recover, because our concept for bad faith was limited to those cases in which the trademark was registered by a licensee or distributor.”

Under the new legislation, that situation has changed, Diaz explains. “The definition of bad faith has been broadened to include anyone acting in bad faith, and it’s easier to obtain a cancellation over certain trademarks which were registered in bad faith. Parties that are misappropriating marks are becoming easier to tackle.”

Diaz says that the new laws were driven by an almost unprecedented cooperation between private and public bodies. As someone who contributed to the process, he explains how it worked:

“The driving force was very simple; there were two major factors,” he says. “The first was political will—the government is very open, the director of the Mexican Institute of Industrial Property (IMPI), Miguel Ángel Margáin was very open and very receptive. Since he had previously been a practitioner in private industry, he understood the needs of industry.

“He invited national and international IP associations to have discussions, to talk about our law and changes to it, and over three to four months, we participated in these discussions.”

The results are satisfying, according to Diaz.

“We were able to achieve 80-85% of what we wanted, which is very good. The other major factor was working as a team between the private and public sector,” he says.

That 85% figure suggests there is work still to do, and Diaz acknowledges that practitioners didn’t achieve everything they wanted.

“We wanted to be able to clean out old marks where there was no proof of use in order to clear up the system; we were not able to get that, although we could get it for new marks. The reforms are a good step forward.”

Of course, most new laws on IP are designed to make a given jurisdiction more attractive to business, and Diaz takes comfort from the fact that these reforms are business-friendly.

“Our IP owners are getting one of the best systems in the world, but now we need to make sure the enforcement conditions are real and cost-effective.

“Mexico is still a first to file country, it’s still a country where registration is vital, but we have these exceptions for use and for trade dress, which makes us an interesting hybrid that provides more protection for business than in other jurisdictions. People now have better protection against copies.”

But, he adds: “One thing businesses need to understand is that Mexico is a very particular jurisdiction, and it’s not just about filing one trademark. One particular product can have five to ten IP rights in Mexico, including trademarks, industrial designs, sound marks and others.

“Companies should think more globally—in Mexico the most important thing to know is that it is a system which allows you to protect your rights, but additionally, it allows you to prevent parties coming close to you.

“So you can have purely protective trademarks, unlike in the US. If I’m selling shoes I don’t want someone to sell a hat with the same brand. In Mexico, you can have the trademark for hats too.”

Of course, excellent legislation means nothing unless the bodies set up to administer the rights are capable and resourced to do so. Diaz explains that IMPI will probably require some help in order to be able to cope with the new regime.

Diaz expects the organisation to get the resources it needs, but it will be interesting to watch how quickly it adapts to the new demands on its services.

While these trademark reforms are perhaps the most significant of recent IP developments in Mexico, they are the latest in a series of changes that, Diaz feels, demonstrates that the country is moving in the right direction for IP.

Changes to the law on industrial designs, which have allowed renewal up to 25 years, are very welcome, he says, as are recent developments around geographical indications (GIs).

“But today Mexico has that protection, which is a very good change.”

While it’s clear that some of these changes
will take some time to bed in, and that practitioners, IMPI and even the courts in Mexico will have to
adapt to them, Diaz thinks they are extremely welcome, and should give companies greater confidence in Mexico as a safe jurisdiction in which to do business.