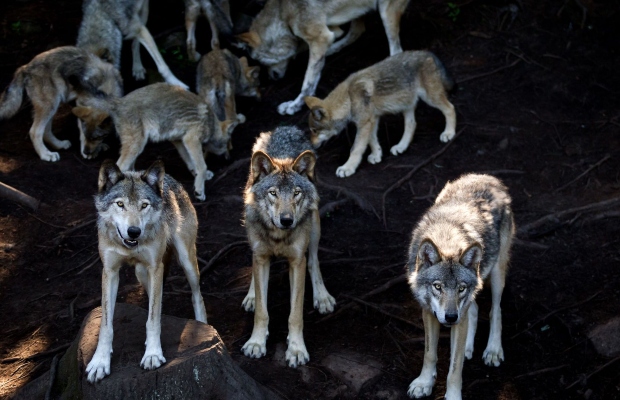 It is not easy to defend against mass attacks that target brands in China, but there is a way, explains Aimin Huo of CCPIT Patent and Trademark Law Office.

The key amendments to article 4 in the Trademark Law of the People’s Republic of China (PRC), amended in 2019, were a concrete and effective endeavour to address the concerns of trademark rights owners and fight against trademark filings in bad faith.

Article 4 stipulates that applications for trademark registrations in bad faith which are not intended for use shall be refused. The amended Trademark Law also provides sanctions on trademark agencies or attorneys which are engaged in offering assistance to applicants filing trademarks in bad faith.

News came out in early December 2020, about two Chinese companies running into problems due to filing trademarks in bad faith.

The proactive actions taken by the Chinese trademark authorities and courts against trademark squatters and especially those filing and hoarding hundreds of trademarks are encouraging news for brand owners.

One formidable act of bad faith behaviour—the phenomenon of mass attacks launched by trademark mobs against the successful brand of a legitimate trademark owner—deserves attention.

This phenomenon can be summarised in two scenarios. One is that the trademark mob—in other words, multiple companies or individuals—targets a successful or popular brand, filing similar trademarks for registration and then using the registered trademarks to defend their infringing use of the similar or conflicting trademarks.

The other scenario is that one company or individual targets a successful or popular brand, filing (sometimes multiple) similar trademarks for registration and then using the registered trademark to defend their infringing use of the similar or conflicting trademarks.

When multiple companies or individuals target a successful or popular brand, a brand owner has to face the terrible situation of mass attacks. The problems become more complicated for the legitimate trademark owners when some of the trademarks filed by the trademark mob pass examination, mature into registration and are put into commercial use.

However, invalidation proceedings can be time-consuming and costly, and it can be hard to get well-known trademark recognition in China. When confronting the mass trademark attacks and fighting against numerous companies or individuals at the same time, it can be a tremendous burden and challenge for the legitimate brand owners.

The present article 4 of the PRC Trademark Law offers brand owners the weapon to fight and curb trademark squatting or hoarding behaviours. Article 4 provides that applications for trademark registrations in bad faith which are not intended for use shall be refused.

”The phenomenon of mass attacks launched by trademark mobs against the successful brand of a legitimate trademark owner deserves attention.” - Aimin Huo, CCPIT

Unfortunately, legitimate brand owners do not have an effective mechanism to stop the phenomenon of mass attacks. It is suggested that the following solutions should be adopted to contain or overcome the mass attacks.

Data should be relied on by the Chinese authorities or courts to help brand owners tackle mass attacks launched by a trademark mob. When data reveals the pattern of mass attacks against one targeted or given trademark, the attacked trademark should be considered as a trademark having reputation or influence in the marketplace and the conflicting trademarks should be rejected or invalidated.

The use of the conflicting trademark should also be stopped to protect the prior trademark having reputation or influence in the marketplace and, at the same time, safeguard consumers’ interests.

When the data reveals the pattern of the mass attacks, the examiners should conduct ad hoc or consolidated examinations of the conflicting trademarks at the request of the legitimate brand owners or on the initiative of the trademark examiners, as in the case of the wholesale rejection decisions against the two Zhuhai companies.

This will save time and legal resources in solving the problems for both the brand owners and the examiners. If the disputes involving mass attacks are handled case by case, it can be very time-consuming and costly for brand owners and it can cause waste of legal resources and, besides, it can lead to inconsistent decisions or verdicts or result in delaying the legitimate brand owner in taking timely actions to stop the infringing trademark use.

When the data reveals the pattern of the mass attacks, the burden of proof regarding the reputation of the targeted trademark should be reduced for the legitimate brand owners and especially for the brand owners which produce and distribute products or offer services in a niche market.

It is self-evident that a given trademark that is subject to the mass attacks by multiple companies or individuals, has usually developed reputation and influence in the marketplace, otherwise there is no logic and reason for numerous companies and individuals to file trademarks similar to the targeted trademark.

When the products and services are in a niche market, the brands used are normally not exposed to the public, or to the examiners or judges who handle trademark disputes. In this situation, the data revealing the pattern of the mass attacks should be considered and admitted as evidence proving the reputation and influence of the attacked trademark.

Other evidence such as testimonies or affidavits issued by the trade or industrial associations or peer companies should also be considered and admitted as evidence that proves the reputation and influence of the attacked trademark with the relevant consumers.

Aimin Huo is a trademark attorney at CCPIT Patent and Trademark Law Office. He can be contacted at: huoam@ccpit-patent.com.cn

A moment of clarity: China settles rules on trademarks and OEMs
27-01-2016