Femtech: flying the flag for women’s health and innovators 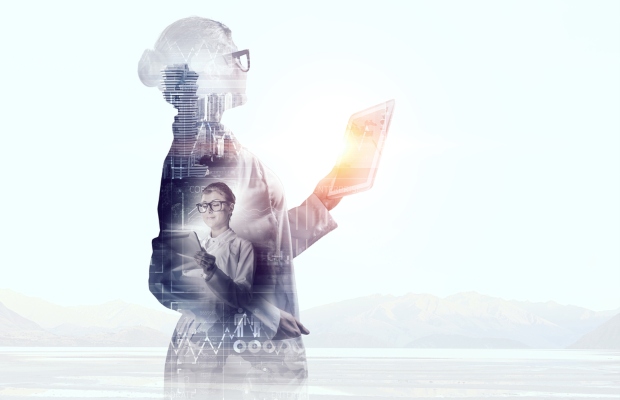 As well as targeting treatments for women’s health, femtech will be part of the movement towards personalised medicine for everyone, says Anna Jackson of Kirkland & Ellis.

It has been hard to ignore the meteoric rise of femtech. Coined by Ida Tin, founder of menstrual cycle tracking app Clue, femtech, the amalgamation of “female” and “technology”, encompasses a broad range of technologies in the women’s health space including reproductive health; pregnancy and nursing care; pelvic and uterine healthcare; and general health and wellness issues that predominantly affect women.

While the term is primarily used to describe digital technology developments in these fields, it has taken on a wider meaning that extends more broadly to diagnostics and non-digital accessories such as menstrual products.

Why has femtech grown so quickly, and why now?

One point of view, voiced by Tania Boler, chief executive officer of UK women’s health and lifestyle technology startup Elvie, is that “the rise of so-called femtech is part of three larger movements currently going on: the feminist surge (as well as the #metoo movement); the huge technological revolution that’s yielding instant personal data; and the paradigm shift in health, in which the traditional patient/doctor relationship is giving way to individual control of our own health”.

As stated by ConTipi Medical, the Israel-based developer of ProVate (a disposable device for managing pelvic organ prolapse): “There are two main concepts here. One is the shift in the control of a medical condition into the hands of the woman. The second is the freedom to decide.”

This idea of individual agency in managing one’s own health is being fuelled by the rise of precision medicine and increased accessibility of medical information (eg, through consumer genetic testing, online resources and reporting, etc).

It’s been recognised that a one-size-fits-all approach results in suboptimal clinical outcomes, especially for women. Physiological differences between men and women mean that they have been historically underserved by traditional medicine—in the US, women were not included in clinical trials until 1993.

This treatment gap was recognised by former Food and Drug Administration (FDA) commissioner Scott Gottlieb, who recognised in a statement in May last year on the inclusion of women in clinical trials that “years of neglect of these issues, and at times ignorance of them, have left us with disparities when it comes to the delivery of healthcare”.

Increased funding is one means of redressing this imbalance. Gottlieb announced in November 2018, in a statement on the FDA’s Medical Device Safety Action Plan, that the FDA was “focusing on addressing clinical questions on device therapies that are unique to women, such as treatment of uterine fibroids, pelvic floor disorder, female sterilisation and long-acting reversible contraception”.

Pursuant to these aims, in October the FDA opened a $3 million fund for technologies designed for women’s health.

The problem of patenting diagnostic tools

The shift of control is clearly evidenced in various products developed for improved and less invasive testing.

For example, California-based iSono Health has created a portable, automated ultrasound breast scanner that doesn’t require trained ultrasound operatives, enabling women to receive potentially life-saving testing in their communities rather than travelling to hospitals; NextGen Jane, also in California, is developing a tampon for use in testing for endometriosis; and Tin’s contraceptive app Clue assists women in collecting data that they can share with their doctors to help diagnose polycystic ovary syndrome.

“As the focus shifts from treatment to prevention, some of the most exciting opportunities lie in longevity healthcare.”

However, as demonstrated by the recent patent disputes in the UK and US regarding a non-invasive prenatal testing patent pool, patent protection for diagnostics is by no means guaranteed.

While the UK courts have been happy to accept them as patentable subject matter, in Ariosa v Sequenom, the US Court of Appeals for the Federal Circuit found the equivalent patents disclosed no inventive concept as they were directed to naturally occurring phenomena.

Given the difficulties surrounding patenting diagnostic methods in the US, the concern is that the lack of a monopoly “reward” for research will encourage companies to invest in other areas of research and development (R&D).

The pregnancy scare of data-sharing

However, many of these products, particularly period-tracking apps aimed at both contraception and conception, have come under fire for false claims and data concerns.

Natural Cycles was the first contraceptive app to gain European Medicines Agency approval as a class IIb medical device, in February 2017. Yet it was referred to the Swedish authorities the following February after concerns surrounding the number of women seeking abortions while using it as a form of contraception.

It’s not the only app with efficacy issues. A study of 73 cycle-tracking apps published in May 2018 found that even the best-performing apps in the study correctly predicted a woman’s day of ovulation only 21% of the time. Various apps have also been exposed for sharing users’ data with social media platforms without their consent.

It’s estimated that femtech startups obtained $400 million in funding in 2018 and a number of startups have raised large amounts of funding during 2019, such as hormone tracker Inne and Elvie’s sizeable $42 million investment round.

However, there are noticeable barriers to entry and growth for many startups in the industry. For one thing, private equity and venture capital (VC) firms are overwhelmingly male-dominated: according to Boston Consulting Group, 92% of partners at the biggest VC firms in the US are men.

Pitching women’s health technology to investors who don’t understand the impact of the issues that they are trying to solve can be an uphill battle.

The taboo and sensitivities surrounding “women’s problems” were driving factors in Tin’s coining the term “femtech” in the first place. It’s claimed that allowing investors to group this technology under an umbrella term rather than discussing the specifics of each invention made them more comfortable investing in this sector.

However, many argue that by continuing to promote the term as covering a discrete field, women’s health technology is being marginalised away from mainstream life sciences funding, and is instead seen as a niche sector of its own, where startups can only seek funding from specialist funds.

Further barriers to funding are demonstrated by the gender imbalance in patent inventors. An October 2019 report by the UK government shows that only 21% of patents have at least one female inventor, rising to 35% of inventors for femtech patent families.

The data however suggests that femtech startups with at least one patent in their portfolio are more likely to raise higher levels of funding. Given that femtech is a largely female-dominated area of the healthcare industry, the data suggests that they may be facing increased barriers to funding.

Nevertheless, the fact that so many femtech CEOs are women is an undeniably positive move for the position of women as employees and patients in the life sciences sector. Over time, many of these women will likely move into senior positions at global players in the sector and begin to influence change in the industry, encouraging quicker advances in healthcare for women through increased research.

As a result of this, it is possible that more women will be encouraged to enter the industry as a whole. We are already seeing the beginnings of this process: in October 2019, Elvie announced that it is opening an R&D centre in Bristol, UK, which will focus on women’s health issues.

Although most of the advances made in women’s healthcare in the femtech era have, to date, focused on the obvious targets of reproductive health, pregnancy and pelvic healthcare, there are many who believe that, as the focus shifts from treatment to prevention, some of the most exciting opportunities lie in longevity healthcare.

On average, women live longer than men, but experience fewer quality years without chronic disease. Femtech startups, such as US telemedicine provider genneve, are beginning to inform the public about and tackle a wide range of issues and conditions that disproportionately affect women, such as osteoporosis, autoimmune conditions, stroke and depression.

These are beginning to be investigated to understand what genetic differences between men and women are leading to this disparity. This may one day lead to treatments offering the public as a whole better quality of life throughout their lifespan.

It is clear that, as women become better represented among decision-makers in the healthcare industry, and as more data is collected on how diseases affect men and women differently, awareness of the distinct and different health issues faced by women, and how to solve them, will continue to increase.

As a result, society as a whole will move closer to the ultimate goal of healthcare that caters to the particular needs of individuals and historically neglected populations.

Anna Jackson is an associate at Kirkland & Ellis. She can be contacted at: anna.jackson@kirkland.com