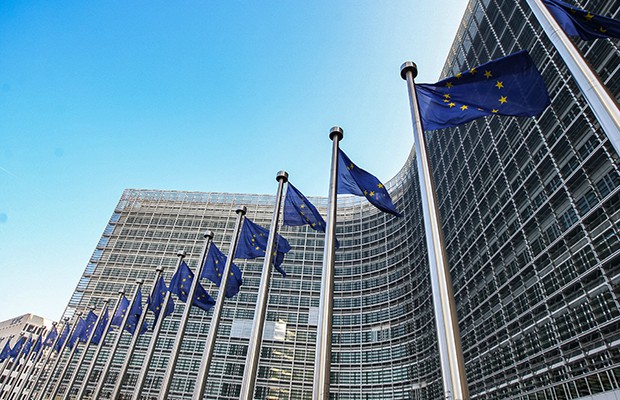 The Directive on Copyright in the Digital Single Market has finally been passed but remains controversial, as Dawn Osborne of McCarthy Denning explains.

On March 26 the European Parliament and the Council voted in favour of the Directive on Copyright in the Digital Single Market (DSM) by 348 votes to 274 against, with 24 abstentions.

The directive is intended to modernise the European copyright framework to take account of new technology and online distribution channels and to improve the way things work for content owners and providers/consumers of content, which was always going to be a trade-off of conflicting interests.

"Copyright owners will not be obliged to grant licences and will in certain circumstances be allowed to renegotiate agreed remuneration where it is too low."

The directive covers a number of non-controversial areas including permissible data-mining for scientific research, use of digital works for distance learning, rights for cultural institutions to make copies of works in their collections for preservation, collective rights management for out-of-print works and maintaining free use of works in which copyright has been expired (which cannot be extended by the creation of additional works such as photographs of the original work).

Controversy polarised around the subject of rights for content creators in the context of news services and online services using user-generated content and these were the main reasons for the delay in reaching agreement on the text.

A press release from the European Parliament following the agreement on the text emphasised that:

Commercial internet platforms such as Google and YouTube that make profit through providing access to copyright works have to make best efforts to get licences for those copyright works, although memes and gifs can be permissible and startups can be subject to lighter obligations.

Rights holders likely to benefit include musicians, performers, authors and those publishing news/journalists. Copyright owners will not be obliged to grant licences and will in certain circumstances be allowed to renegotiate agreed remuneration where it is too low, bearing in mind the benefit derived from content from the distributor. They will be entitled to transparency relating to how their works are being used and may be able to reclaim works that are not being effectively exploited. Alternative dispute resolution services are to be available with the aim of keeping costs down.

"The aim is to stop larger commercial online internet platforms making a huge amount of money which does not trickle down to copyright creators."

The legislation removes the uncertainty as to whether larger commercial internet platforms providing access to numerous copyright works for profit can simply rely on internet notice and takedown provisions under the European Electronic Commerce Directive which will no longer be the case (exceptions where takedowns can still help may include startups that satisfy certain conditions, and takedowns can reduce liability for affected platforms where licences cannot be obtained despite best efforts).

Without properly licensing the rights to make material available for profit save in limited exceptions, non-startup commercial internet platforms are likely to have infringed unless they make substantial attempts to get a licence, or upon a licence not being agreed make material unavailable, because otherwise they will have performed an act of communication or making available to the public.

While EU case law has been going in that direction, cases such as Filmspeler, GS Media and Pirate Bay (which is capable of having some effect outside the piracy context) have shown a trend towards imposing liability on those that provide access to copyright content for profit without accounting to copyright owners. Arguably, therefore, the legislation to this extent is merely clarificatory.

Larger commercial internet platforms will bear more responsibility for distributing copyright works in the future. Rights holders, especially small ones, will have greater leverage to be paid for their work if they are willing to grant a licence. The aim is to stop larger commercial online internet platforms making a huge amount of money which does not trickle down to copyright creators whose content is providing the lifeblood of those services.

However, whether it will have the intended effect remains to be seen. Concerns include that there will be a chilling effect on the internet where content seen as problematic will not be carried. Certain music, audiovisual and sports rights holders’ organisations protested that the directive was not going to achieve its original aim and asked for it to be scrapped.

After that, agreement was reached on the new text and was publicly supported by many rights organisations, but five countries voted against the text sharing the concerns that the directive will not, in practice, deliver.

Now it has passed, members of the EU will have two years to implement its provisions.

The UK also has the uncertainty over the terms of its departure from the EU, which is contrary in its very essence to a single European market that the DSM directive was designed to achieve. Ideas such as the ability to reopen a contractual agreement subsequently discovered to be a bad bargain to achieve better terms and transparency are quite radical thinking in the UK. We do have the copyright tribunal to assist in the setting of royalties upon evidence, but interference with contractual terms is usually kept to a minimum.

Following Brexit, the UK will lose its right to participate in discussions on EU legislation and may never be subject to the directive, dependent on timing of events. Although the UK may adhere to
the DSM through a future treaty of some sort it remains to be seen whether the provisions ever become law there.

Dawn Osborne has over 25 years’ experience as an IP lawyer. She joined McCarthy Denning in January 2019 and prior to this been a partner for over 15 years in top tier IP boutique firms. Her extensive expertise covers trademarks, copyright, designs, internet law, confidentiality and privacy. She can be contacted at: dosborne@mccarthydenning.com